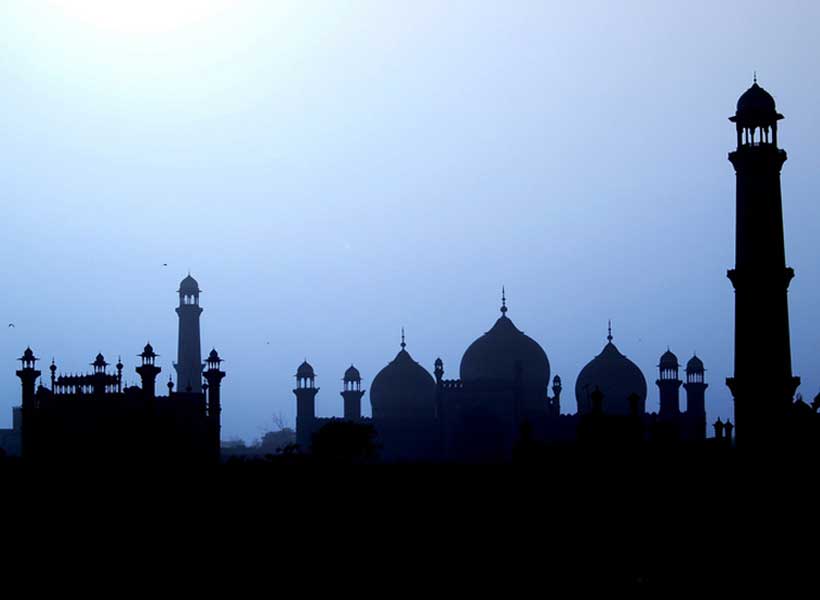 Logically, time is present at every particle as a moment and eventually the very same moment is present at the whole, limitless space like a singular unit of totality. It means that there remains no gap, difference, or distance between time’s state of rest and its omnipresence. Typically, the time shown by clocks across countries at a given singular moment can be different and thus divisible (due to geological distances). However, the given singular moment of the time remains the same everywhere. This implies that time is indivisible, immortal and eternal. There is no past, present and future of the time. In fact, these are particular events and their happenings that cause past, present, and future phases of the space. Thus, it is space not the time that passes through the phases of past, present, and future.

The ages of nonentity (nothingness) turned into the past reign of the space when the first event of the big bang took place and subsequently started the new structure of the universe upon the surface of space. Thus, the existing design of the universe at the face of space is running as the present reign of the structure. If there exist both past and present reigns of space, there must also be its future. This future reign cannot be denied as it is the eternal fate to come either through a big crunch or through the heavenly bugle of doomsday.

The imaginative sort of time-space structure should compel the writer and his readers alike to conclude that the time-space combination and its structural phases of universe came into being under some mindful scheme of an Almighty Authority, Who created and controls the whole vista. While He let some universe open and visual so that it can be learnt and discovered, He hid the rest which cannot be discovered or disclosed. “But for whom”? What was that generic class or character that the Almighty had in His mind to bring forth after the initial preparations would complete. Of course and undoubtedly, this generic class and character was of human beings for whom the Almighty Authority of Allah was preparing the ground of His schematic system that could either be learnt visually or believed conscientiously.

That is why human beings see the time-space relativity as two different realities. Time is hidden and a non-visual reality, while the space and structure of the universes are naked, visual realities that humans can learn through their wit or wisdom. However, human wit or wisdom is limited. For example, the supreme avenue of heaven—i.e., the vista of censored realities such as  Allah Almighty Himself, death-revealing, angels, Eden and hell—is beyond human’s knowledge. Thus, where the wit and wisdom ends, the belief or faith starts. Human wit or wisdom lie in the scientific view and faith and belief lie in religious view.

Stephen Hawking says, “So long as the universe had a beginning, we could suppose it had a creator. But if the universe is really completely self-contained, having no boundary or edge, it would have neither beginning nor end; it would simply be. What place, then, for a creator?” When a religious leader Saint Augustine was asked “What did God do before he created the universe”? He replied that “time was a property of the universe that God created, and that time did not exist before the beginning of the universe”. Immanuel Kant opined in his thesis that “if the universe did not have a beginning, then there would be an infinite period of time before any event, which he considered absurd. The argument for his antithesis was that if the universe had a beginning, there would be an infinite period of time before it, so why should the universe begin at any particular time?” Here, Hawking denies the concept of time before the beginning of the universe which he considered an unspoken assumption of Kant’s thesis and anti-thesis. According to Hubble’s observations, “there was a time, called the big bang, when the universe was infinitesimally small and infinitely dense…. One may argue that time had a beginning at the big bang, in the sense that earlier times would not be defined”. Hubble explained that “wherever you look, distant galaxies are moving rapidly away from us. In other words when the objects were all at exactly the same place and when, therefore, the density of the universe was infinite”. All of these scientific views (Stephan Hawkings. “A brief history of time) endorse that the mutual relativity of the time-space was spread out endlessly before and even after the beginning of the universe and its systemized structure. Thanks to scientists for providing a time-space basis to start with the Quranic view.

Human phrase of time-space has two words and the Quranic phrase of “Al Hayyul Qayum” (Quran chap 2, verse 255) also has two words. The first word is for Allah’s life defined as “Ever-Living”. Allah’s life means Allah’s time to live along. Hence, Allah’s life transmitted or translated into the time. Allah’s life is immortal, eternal, unending, indivisible and turned primarily into the time being. Allah’s life has been transferred as the singular unity of time over the whole and unending space, once for all and forever. In other words, Allah’s life or Allah’s self-being is the time-being—i.e., absolute digital constant of reference. The second word for Him is: “The Sustainer of all other Existences”. For sustenance of something, housing or existing space is required. Thus, and when Allah is the sustainer of all other existences, He created the boundless vastness of the space to provide housing or staying place. “The City of Allah” during the time-space entity was a “Arsh-e-Mualla” (owner of the throne). There the angels were carrying His throne with his Arsh-e-Mualla and some others around it praying for those to come in future with their true beliefs. (Quran chap 40, verse 7,15) The universe, then came into being so as that: “He, it is who gives life and causes death; and when He decrees a matter, He, but says to it “Be” and “it becomes”. (Quran chap 40, verse 68)

The relative time is unknown for numbering these six days in total (Chap 41, verses 9-12). Time is eternal. After that the “lowest sky was adorned by lamps (and stars)”. Again, the future of the space is informed as: “Then watch (or wait) for the day when the sky will bring a visible smoke! Covering the people; this is a painful torment” (chap 44 verse 10,11). When someone could see no event of change occurring before him, he felt as if the time was passing through the same moment. Cave-fellows of the “Kahf” slept for “309 years” but found these years just like a day (or even less) after getting up from their sleep (Chap 18 verse 19,25). Similarly, a person in the good books of God became alive after 100 years of his death, he found it “a day or less than that” (chap 2, verse 259)

Thus, it is concluded that Time-Space and its systemized structure of universe or universes is not self-contained. Almighty Allah is its creator and the controlling authority, Who has left some realities as naked while others as hidden so that the former may be visualized by humans to the extent of their use of wit and wisdom and the latter with their faith and belief. Time represents the same moment for all. It is not a naked reality as observed in our time clocks or estimated by the Sun.