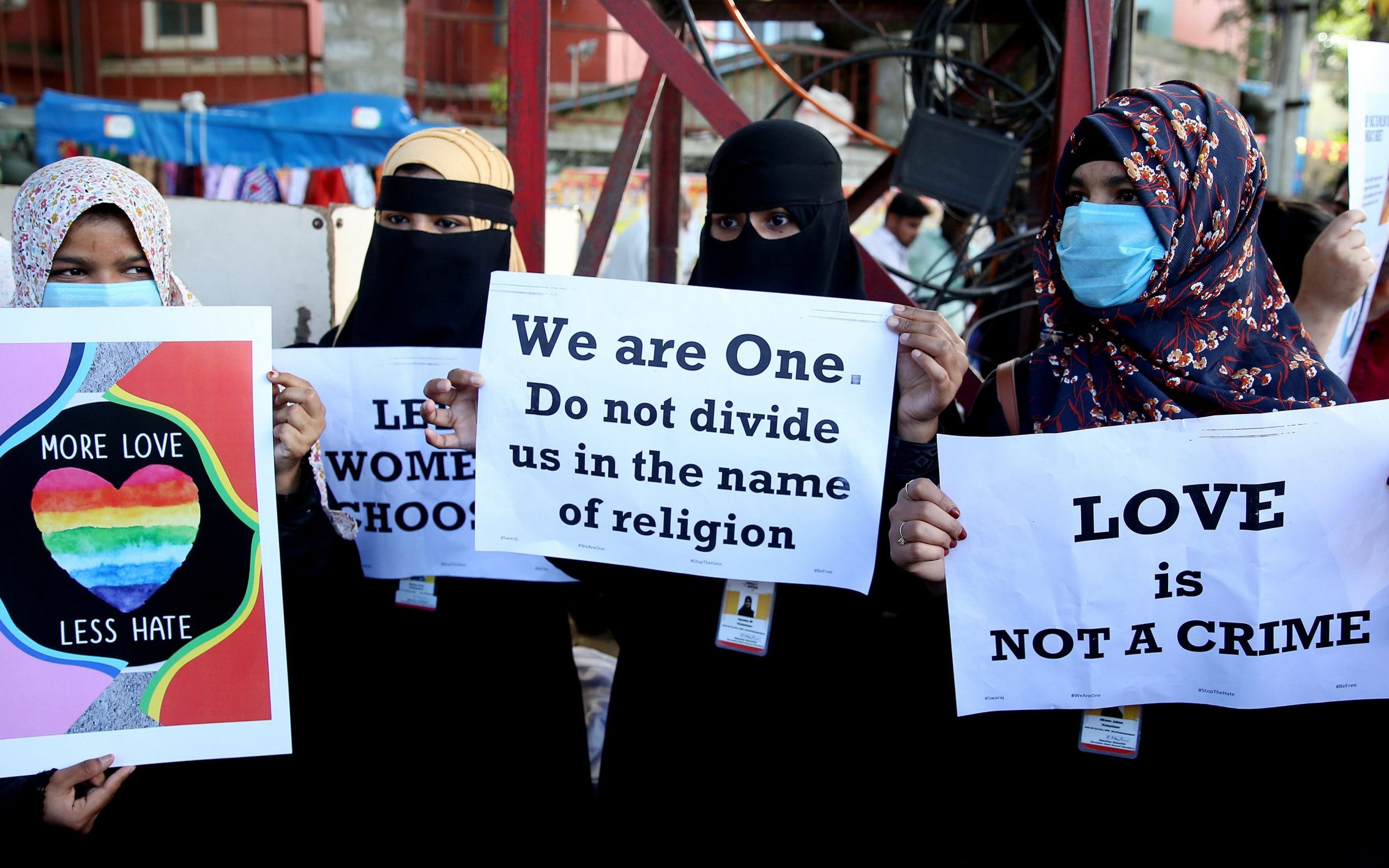 The cabinet in the central Indian state of Madhya Pradesh on Saturday passed a bill to stop Hindu women from converting to Islam.

The bill to curb so-called “Love Jihad” — a term used by right-wing Hindu groups alleging that Muslim men target Hindu women for conversion to Islam by pretending that they love them — will now be presented in the state assembly next week.

“The bill includes a maximum punishment of up to 10 years in jail and up to 100,000 Indian rupees ($1358) in fine, with the burden of proof virtually falling on the accused and those associated with the accused, including organizations and institutions,” Narottam Mishra, home minister of the state, told a news conference.

An official statement said: “Those looking to change their religion will have to notify two months ahead, failing which the marriage will be considered null and void under the new law.”

In the last month, dozens of arrests have been made in Uttar Pradesh in the name of Love-Jihad. There were many instances in which Muslim boys were allegedly abused in the name of the law.

In a recent incident in Uttar Pradesh on Friday, a Muslim teenager was arrested under the new law after he was found walking with a Hindu girl in the Bijnor district.

The boy and the girl, who were classmates, were returning from a friend’s birthday party. They were attacked by a group of men and were taken to a local police station as they were from different faiths.

The Muslim boy was later booked under the anti-conversion law and on charges of abduction. He was also charged under sections of the Protection of Children from Sexual Offences Act, 2012.

According to media reports, the police claimed a report was filed on a complaint by the girl’s father. However, the girl’s denied filing any report against the boy.