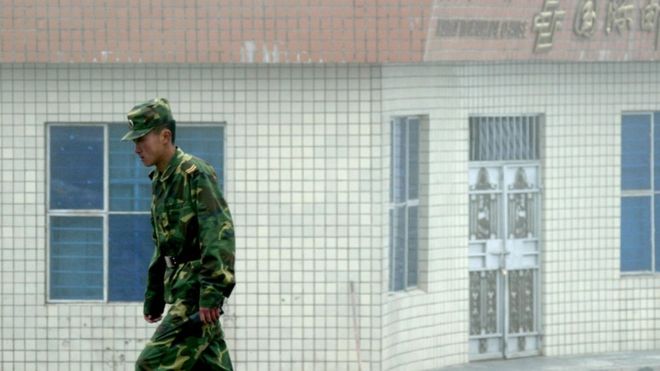 Three Indian soldiers have been killed in a clash with Chinese forces in Ladakh in the disputed Kashmir region.

The Indian army said senior military officials from both sides were “meeting to defuse the situation”, adding that both sides suffered casualties.

China did not confirm any casualties, but accused India of crossing the border in the Galwan Valley.

A Chinese foreign ministry spokesman called on India not to take unilateral actions or stir up trouble.

The spokesman, Zhao Lijian, was quoted by AFP news agency as saying that India had crossed the border twice on Monday, “provoking and attacking Chinese personnel, resulting in serious physical confrontation between border forces on the two sides”.

China’s Global Times newspaper reported that “solemn representations” had been made with India over the incident.

An Indian army spokesman said the dead were one officer and two soldiers.

The clash comes amid rising tensions between the two nuclear powers, which have brawled along the border in recent weeks but not exchanged any gunfire.

Both sides insist no bullet has been fired in four decades, and the Indian army insisted again on Tuesday that “no shots were fired”. Local media outlets reported that the Indian soldiers were “beaten to death” but there was no confirmation from the military.

India has accused China of sending thousands of troops into Ladakh’s Galwan valley and says China occupies 38,000sq km (about 14,700sq miles) of its territory. Several rounds of talks in the last three decades have failed to resolve the boundary disputes. 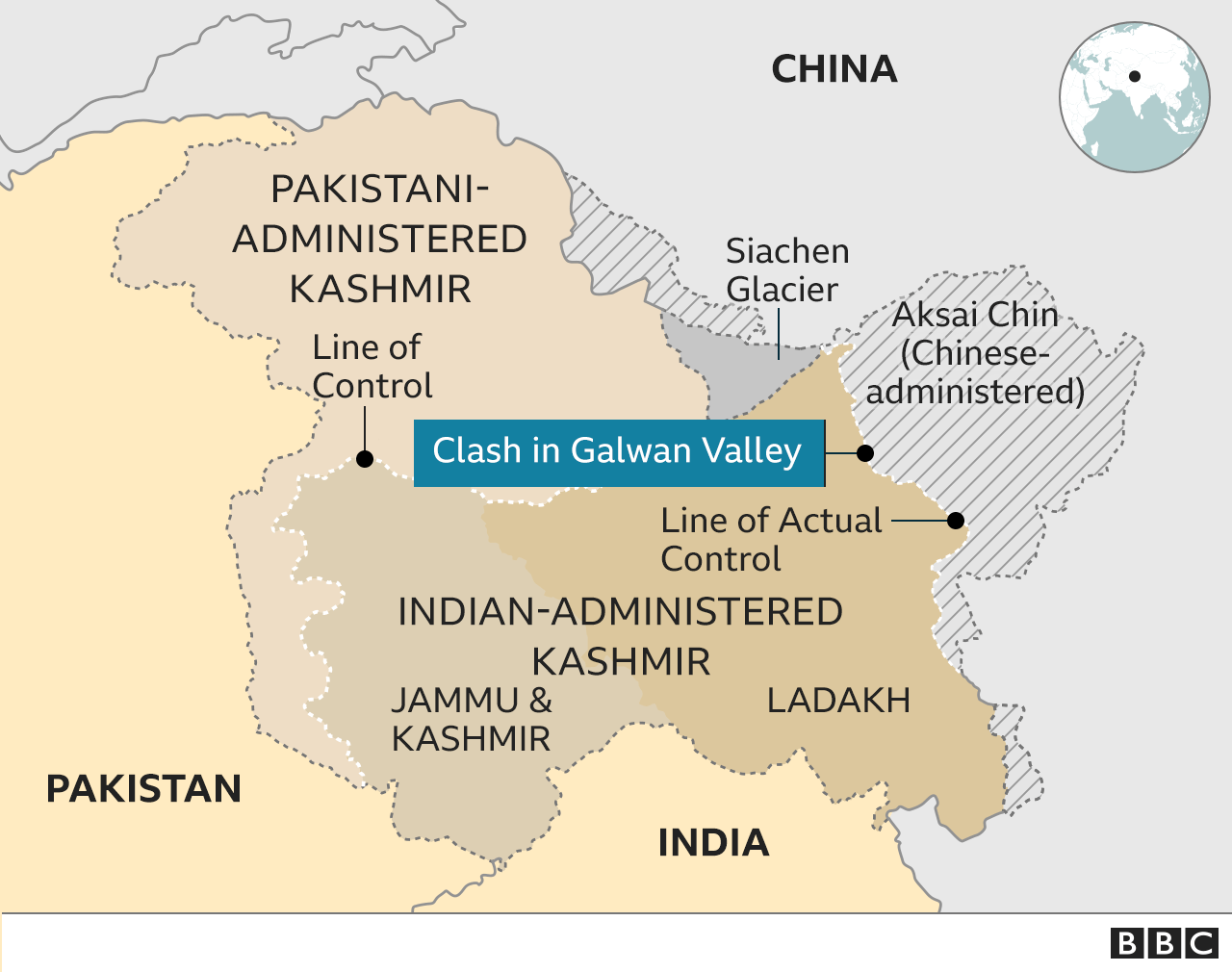 The deaths reported on Tuesday are believed to be the first in decades in a confrontation between the two powers. They have fought only one war so far, in 1962, when India suffered a humiliating defeat.

In May, dozens of Indian and Chinese soldiers exchanged physical blows in a clash on the border in the north-eastern state of Sikkim. And in 2017, the two countries clashed in the region after China tried to extend a border road through a disputed plateau.

Their armies – two of the world’s largest – come face to face at many points. The two sides are separated by the poorly demarcated Line of Actual Control (LAC). Rivers, lakes and snowcaps mean the line can shift, provoking confrontation.

There are several reasons why tensions are rising now – but competing strategic goals lie at the root, and both sides blame each other.

India has built a new road in what experts say is the most remote and vulnerable area along the LAC in Ladakh. And India’s decision to ramp up infrastructure seems to have infuriated Beijing.

The road could boost Delhi’s capability to move men and material rapidly in case of a conflict.

Over the past week, Indian media have been reporting that troops from both sides had been gradually moving back from their stand-off positions, and that efforts were under way to de-escalate the tensions along the border. So it will come as a surprise to many to hear of a violent clash in which three Indian soldiers were killed.

The last time the two sides exchanged any gunfire along the border was 1975, when four Indian soldiers were killed in a remote pass in north-eastern state of Arunachal Pradesh.

The details of the latest skirmish, and the emergency measures being taken to defuse it, are still unclear.

Whatever the result, the latest incident is likely to trigger a fresh wave of anti-China sentiments in India.

It will also present daunting foreign policy and security challenges to Indian Prime Minister Narendra Modi and his government, which is struggling to contain a surge of Covid-19 infections and revive an economy which looks headed for recession.