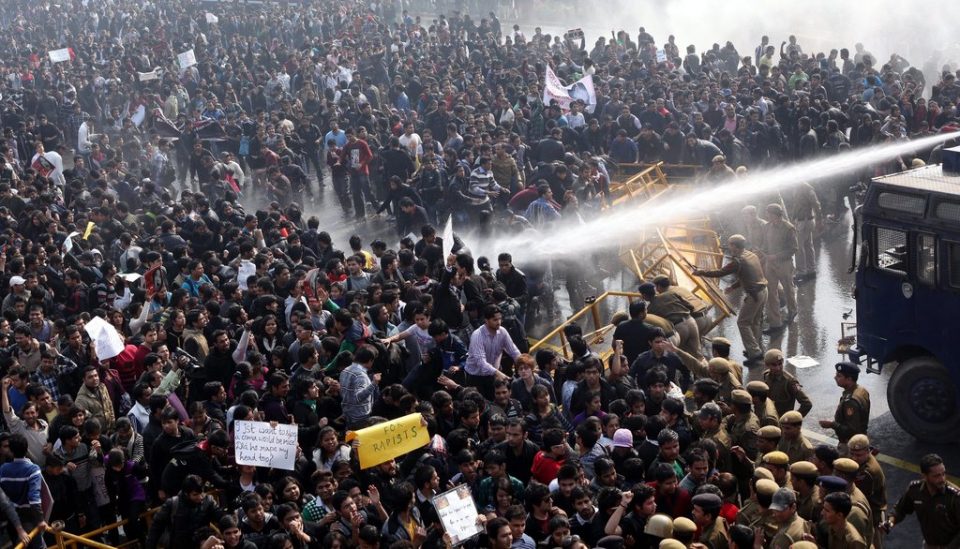 At least  three people have died and 1,200 have been arrested amid protests against India’s controversial new citizenship law.

Demonstrators defied a ban on assembly and took to the streets in many of the country’s biggest cities as anger erupted over the law, which excludes Muslims.

Two people were killed during clashes with police in Mangalore, a city in the southern Karnataka state, where police fired warning shots and used tear gas and batons to disperse a large group of protesters.

Protesters also clashed with police in parts of Lucknow, the state capital of northern Uttar Pradesh state, where police said one person died from a gunshot fired by a demonstrator.

The protesters torched a bus, hurled rocks at police and damaged some police posts and vehicles, authorities said.

Authorities have pushed back by setting up roadblocks and disrupting internet and phone services, including in parts of New Delhi.

They have also tightened restrictions on protesters in the northeastern border state of Assam, where the protests began last week, and have imposed a curfew in some places.

The new citizenship law applies to Hindus, Christians and other religious minorities who are in India illegally but can demonstrate religious persecution in Muslim-majority Bangladesh, Pakistan and Afghanistan, however it excludes Muslims.

The legislation has sparked anger at what many see as the government’s push to bring India closer to a Hindu state.

Critics say it is the latest effort by Prime Minister Narendra Modi’s Hindu nationalist-led government to marginalise India’s 200 million Muslims, and a violation of the country’s secular constitution.

Rather than containing uprisings, the protest bans appear to be helping them spread – from Assam and a handful of university campuses and Muslim enclaves in the capital to campuses and cities from coast to coast.

Zoya Hasan, a political scientist in New Delhi, said: “I think what is wonderful is that young people all in their Twenties have so vividly understood the game plan, which is to divide people.

Some of the country’s divided opposition parties have found common ground in condemning what they say has been a heavy-handed official response to the protests.

In New Delhi, Yogendra Yadav, a well-known political activist and the chief of the Swaraj India party, was among 1,200 protesters detained at the city’s Red Fort and the surrounding historic district.

Anil Kumar, a police spokesman, said all the protesters were released later on Thursday.