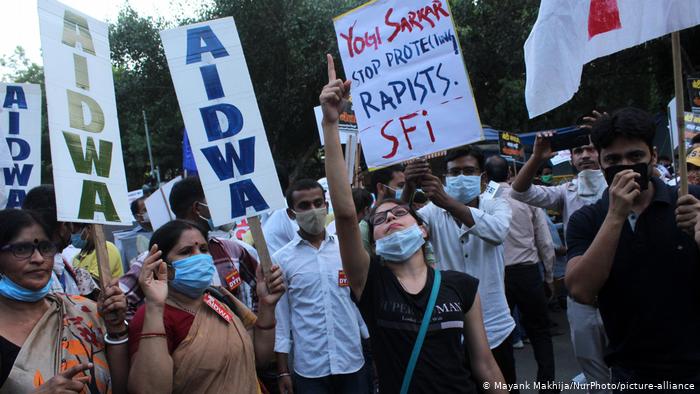 The alleged rape and murder of a 19-year-old Dalit girl by four upper caste men prompted protests across India. A political party is now calling for Satyagraha, a form of passive resistance popularized by Mahatma Gandhi. India’s opposition Congress party announced it will be holding ‘satyagraha’ sit-ins to demand justice for Manisha Valmiki, a 19-year-old Dalit girl who was allegedly gangraped and murdered in the city of Hathras, in Uttar Pradesh.

The state Congress committees will be organizing “silent” sit-ins “against the brutal and arbitrary actions of the UP Government, demanding justice for the victim and her family,” said General Secretary of the All India Congress Committee KC Venugopal.

Satyagraha refers to a form of passive political resistance, popularized by Mahatma Gandhi during India’s struggle for independence. It involves sit-ins, marches, and other forms of non-violent protest.

The death of Valmiki, who succumbed to her injuries after being allegedly raped and murdered by four members of the upper caste, has caused outrage across the nation and brought attention to caste-based atrocities.

Local police were accused of grossly mishandling the case. The state’s Chief Minister, Yogi Adityanath has received a lot of criticism for not allowing opposition party leaders and the media to meet the victim’s family.

With mounting pressure for accountability about the case, Adityanath transferred the investigation to India’s federal investigative agency, according to Indian newspapers.

Venugopal told news agency PTI that the girl was denied justice and dignity, as her body was burned without the authorities informing her family or asking for the consent of her family members.

Senior members of parliament, state legislatures, and other party functionaries are expected to attend the sit-ins on Monday, said local media.

Dalits, formerly known as untouchables, are the lowest rung of India’s archaic caste system. They have historically faced discrimination despite new laws enacted to protect them. Dalit women are disproportionately affected by violent crimes such as rape.

The young woman’s death comes months after four men were hanged for the 2012 gang rape and murder of a student on a bus in New Delhi, in a case that shook the nation.