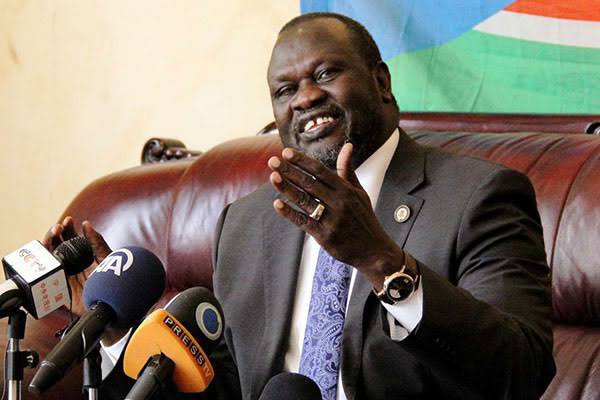 The decision, which follows several verbal confirmations by Igad envoys, means that Dr Machar is free to travel to any of the members of the regional bloc and that his house arrest was no longer valid.

“[The Assembly Heads of State and Government] underscored that currently there are no travel restrictions of any kind imposed by Igad on the First Vice President of the Republic of South Sudan, Dr Riek Machar Teny,” Igad said after the 38th Extraordinary Summit of heads of state and government in Djibouti on Sunday.

The meeting had been called to discuss regional security as well as the response to the Covid-19 pandemic, which had, by Sunday, infected more than 290,000 people and killed 5,400 others in the Igad region.

The bloc comprises Kenya, South Sudan, Sudan, Ethiopia, Uganda, Somalia and Djibouti. Eritrea suspended itself more than a decade ago but is generally regarded as a member of the bloc.

The bloc also said that South Sudan’s leaders have made “commendable progress” after forming a government of national unity last February, following the signing of a revitalised Agreement on the Resolution of the Conflict in the Republic of South Sudan (R-ARCSS) in Ethiopia in September 2018.

“[The Assembly] recognised and applauded the progress made in the formation of state and local government structures, in particular the appointment of nine out of the 10 state governors, as well as the agreement on the allocation of positions at the state and local levels; and called for the expeditious conclusion of the remaining appointment.”

The R-ARCSS was signed by President Salva Kiir, Dr Machar and various other opposition groups. In February, they formed a unity government.

But Machar, who had fled South Sudan in June 2016 after an earlier version of the peace deal broke, had been barred from travelling to Igad member states. He is usually required to have special permission from the bloc to travel for negotiations in Sudan and Ethiopia.

Machar had been under house arrest in South Africa, and later in the Sudan capital Khartoum. After the signing of the peace deal, Igad officials said the restrictions had been lifted, but had not made formal documentation of it.

In February, Ismail Wais, the Special Envoy for Igad, said that Dr Machar was no longer under any restrictions of house arrest and would not require special permission to travel in the region.

“He is now the First Vice president of Republic of South Sudan, no matter what existed before. Dr Riek Machar is now the leader of this country and therefore he doesn’t need any more permission…He can now fully enjoy his rights and freedoms,” the Djiboutian diplomat told journalists in Juba in February, a week after the unity government was formed.

“This confirmation is welcome and it assures everybody that Dr Machar can travel. People were always in doubt, and we depended on rumours,” James Oryema, an aide of Machar told The EastAfrican on Monday.

“There had been no official communication from Igad to lift those restrictions. They have been giving verbal statements.”

At the Igad Summit, South Sudan was represented by Rebecca Nyandeng, one of the five vice Presidents of the country.