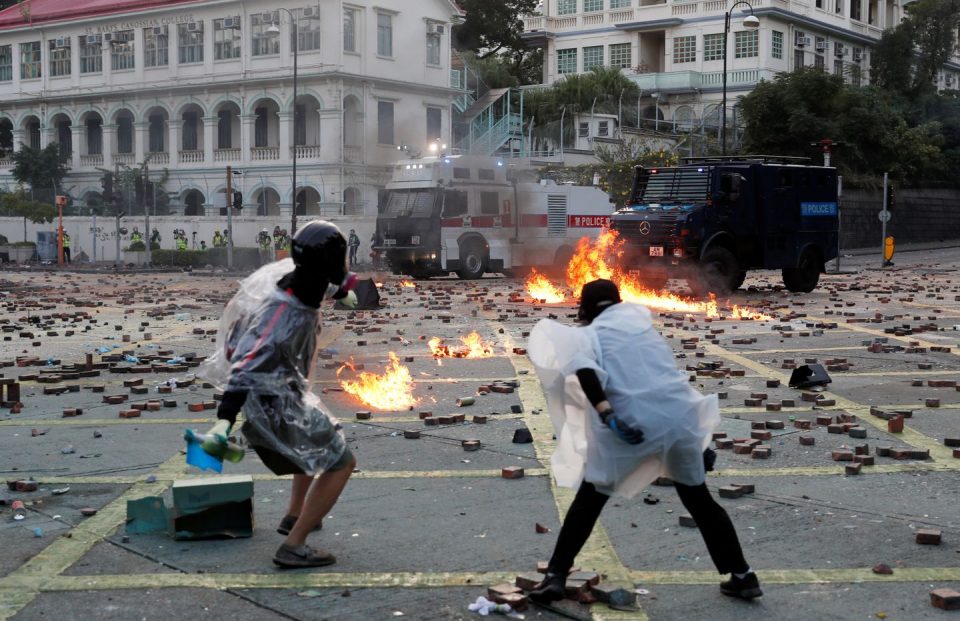 Hong Kong police have fought running battles with protesters trying to break a security cordon around a university in the city, firing teargas both at activists trying to escape the besieged campus and at crowds trying to reach it from outside.

Polytechnic University, a sprawling campus that has been occupied by demonstrators since last week, has become the focus of the most prolonged and tense confrontation between police and protesters in more than five months of unrest in the semi-autonomous city.

Hundreds of protesters, including secondary school students, have been trapped inside for more than 24 hours, after clashes on Sunday during which protesters launched petrol bombs and shot arrows at police, who threatened to use live rounds.

Police said they had allowed Red Cross volunteers into the university to ferry out injured protesters but said the rest had no option but to give themselves up. “Other than coming out to surrender, I don’t see, at the moment, there is a viable option for them,” Cheuk Hau-yip, regional commander of Kowloon West district, told a press conference.

Parents of some of the activists trapped inside the university gathered in front of police cordons on Monday night with signs that read, “Save Our Kids”, while hundreds of other supporters poured into the streets around the campus to try to break the police blockade. Police used teargas and water cannon to keep them at bay.When a group of protesters tried to escape from the campus, police fired teargas and rubber bullets at exits, preventing them from leaving. When another group attempted to flee later on, hiding under umbrellas and shields made from scraps, officers fired further rounds of teargas and deployed a water cannon, engulfing the area in smoke. Several protesters were arrested.