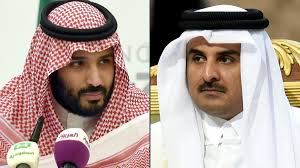 With the first Qatar Airways flight from Doha to Dubai touching down at DBX on Thursday, a final pillar of the three-and-a-half year blockade imposed on Qatar by the ‘Arab Quartet’ collapsed.

Yet many questions remain over just what happened in the Saudi city of Al Ula on January 5, where Doha signed a deal to end its standoff with Saudi Arabia, the UAE, Egypt and Bahrain since May 2017.

“What are the details of the deal?” Professor Abdullah Al Shayji from Kuwait University asked a webinar on the Al Ula accord held by Brookings Doha Centre in mid-January. “What happened and why is it still confidential?”

The uncertainty continues to cloud assessments of the prospects for real reconciliation while raising questions over the potential regional consequences of a deal that marks a major diplomatic victory for Doha.

Indeed, “Qatar will benefit from a lifting of the blockade without having to transform its foreign policy, or meet any of the 13 demands imposed by the Quartet,” Elham Fakhro, senior Gulf state analyst for the International Crisis Group, said.

Those demands had included Qatar closing Doha-based TV channel Al Jazeera, shuttering a Turkish military base on its soil and cutting ties with Gulf neighbour Iran. So far, though, Doha does not appear to have done any of the above.

Indeed, Qatari Foreign Minister Sheikh Mohammed bin Abdulrahman Al Thani said on January 7 in an interview with the Financial Times that regarding Iran and Turkey, “there is no effect on our relationship with any other country.”

As Al Shayji put it at the webinar, “Instead of lowering the presence and influence of the Iranians and Turks, the opposite has happened. When the crisis started, there wasn’t a single Turkish soldier in Qatar. Now there are 5,000.”

The deal thus raises serious questions over the future balance of power within the Gulf, with major differences between regional states remaining unresolved.

The lack of real resolution showed through last week in an angry tweet from Bahrain’s Foreign Minister Abdullatif Al Zayani.

It came after he had invited an official Qatari delegation to visit Manama and discuss bilateral disputes post-Al Ula. His invitation appeared to have gone unanswered.

“After the summit in Al-Ula,” his ministry tweeted on January 23, “Qatar didn’t show any initiative to solve pending problems with Bahrain.”

At the time of writing, this visit had still not taken place.

The need for discussion is clearly pressing, however, amid a series of maritime and airspace disputes between these two Gulf neighbors, both before and after Al Ula.

These date back to a long-running disagreement between Doha and Manama over possession of the Hawar Islands, some offshore shoals and the Zubarah district of the Qatar peninsula.

The disagreement was apparently resolved by the International Court of Justice (ICJ) back in 2001, with the islands and the shoals going to Bahrain while the Zubarah district went to Qatar.