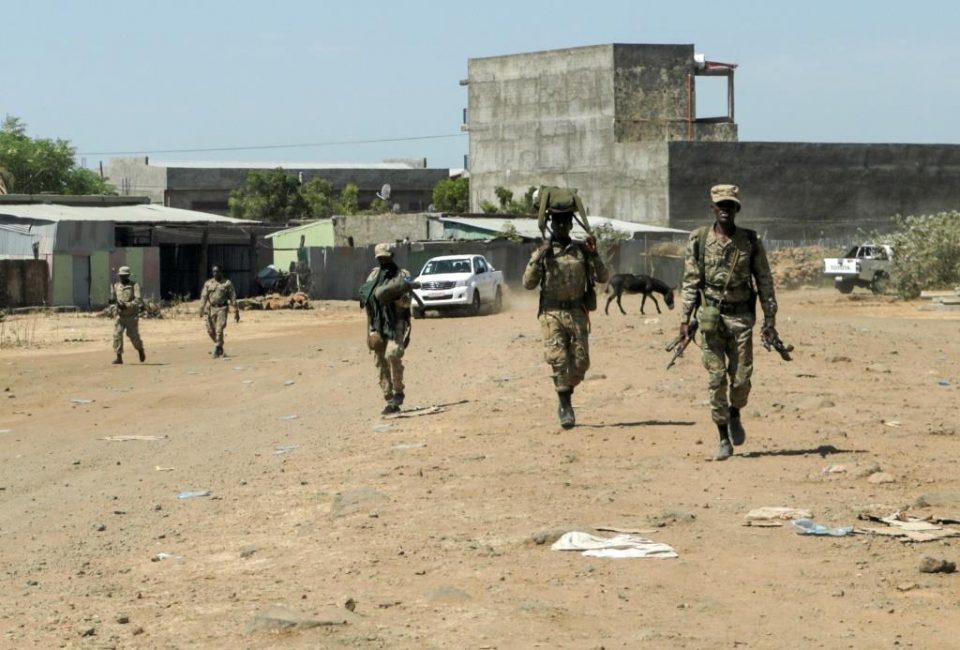 File photo: Members of the Amhara Special Force return to the Dansha Mechanized 5th division Military base after fighting against the Tigray People’s Liberation Front (TPLF), in Danasha, Amhara region near a border with Tigray on November 9, 2020 Reuters
AFP, Addis Aababa
Sunday 15 November 2020

Gunmen killed at least 34 people in a “gruesome” attack on a passenger bus in west Ethiopia, a part of the country that has recently seen a spate of deadly assaults on civilians, the national human rights body said Sunday.

The Ethiopian Human Rights Commission said in a statement that “the estimated number of casualties, currently at 34, is likely to rise” from the attack which occurred Saturday night in the Benishangul-Gumuz region.