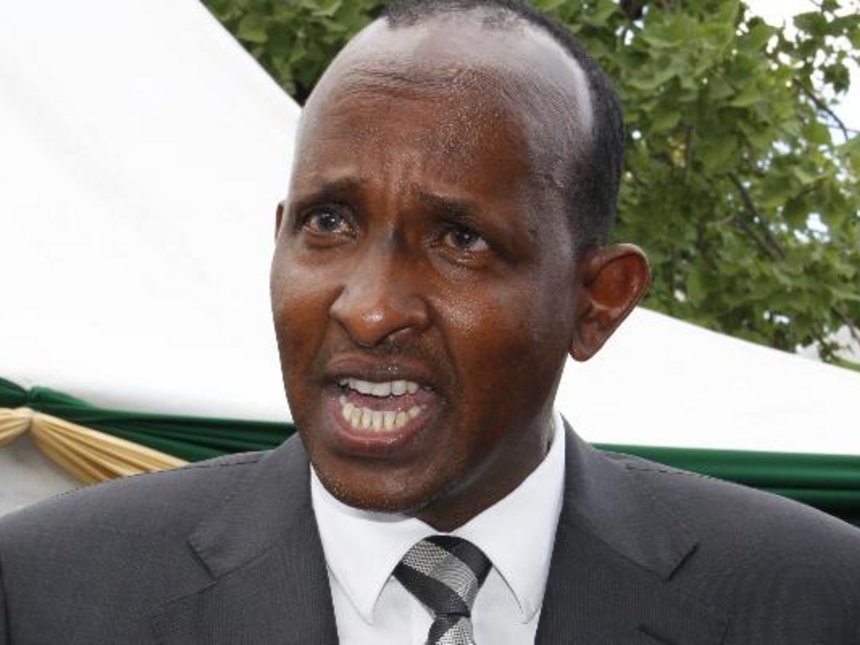 Garissa Township MP Aden Duale found himself in trouble when he tried to oppose proposals contained in the Building Bridges Initiative (BBI) report in a meeting where Garissa Governor Ali Korane, a proponent of the report, was also in attendance. 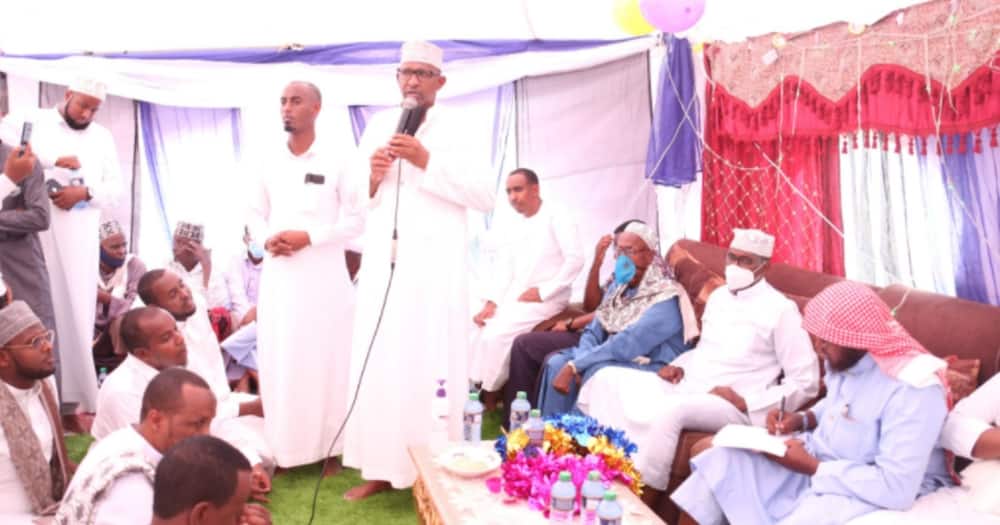 Aden Duale heckled, forced out of wedding ceremony for opposing report Duale attended the wedding ceremony of Fafi Ward MCA Hassan Halane. Photo: Aden Duale. Source: Facebook
Duale, who is a former majority in the National Assembly, was heckled by section of supporters of governor Korane. The two leaders attended the wedding ceremony of Fafi Ward MCA Hassan Halane in the devolved unit.
Trouble ensued shortly after the lawmaker was given a chance to address the crowd but used the chance to poke holes into the recently launched report.
His remarks agitated supporters of Korane who shouted him down, forcing him to cut short his speech and left the venue. While making his remarks, Duale claimed the implementation process of the BBI report had been marred by deception. He went ahead and laughed off attempts by a section of leaders allied to former prime minister Raila Odinga crisscrossing the country mobilising support for the BBI referendum. “What are all these campaigns for? BBI will just cost Kenyans billions of shillings that could be channelled towards the Big Four agenda. Raila will not give us a script and a time plan on how the referendum road map will be,” said Duale.
The sentiments rubbed supporters of Korane the wrong way and they broke into chants showing support for the BBI and that Duale should go back to Tanga Tanga, a political faction associated with Deputy President William Ruto. “We want BBI! We want BBI! Go back to Tanga Tanga. Respect President Uhuru Kenyatta and Raila Odinga ,” agitated residents shouted forcing Duale to leave the stage. According to Duale, a close associate of Ruto, Raila was forcing a referendum down the throat of Kenyans yet it was the prerogative of every citizen to read the report and determine its fate without coercion.
After Duale’s departure, the ceremony went on with governor Korane taking to the stage where he showed support for the BBI which he touted as the vaccine for Kenya’s political problems. “Let’s all support this document, as it will solve a lot of problems the country has faced before. Let us take time to read this report and no one should tell us to oppose it just when we are still reading,” Korane said. Korane expressed optimism that Garissa will benefit a lot from the increase of devolved funds from 15% to 35% proposed in the BBI. William Ruto is among leaders who have poked holes in the Uhuru backed BBI process and has been calling for the inclusion of views from a section of citizens who insist have been left out.
The BBI has also been resisted by section of religious leaders and people living with disabilities. Raila Odinga has, however, maintained that the document will only have minimal changes made on it since the time for making amendment had already elapsed. The Opposition chief said the first phase of the BBI process had already given way to the next stage which is the collection of signatures. As the first phase of the BBI process gives way to the next, that is the collection of signatures. I consulted with leaders from Western Kenya in Kisumu county. They gave their unreserved approval and expressed readiness for its kick-off,” said Raila.
Via TUKO
previous post