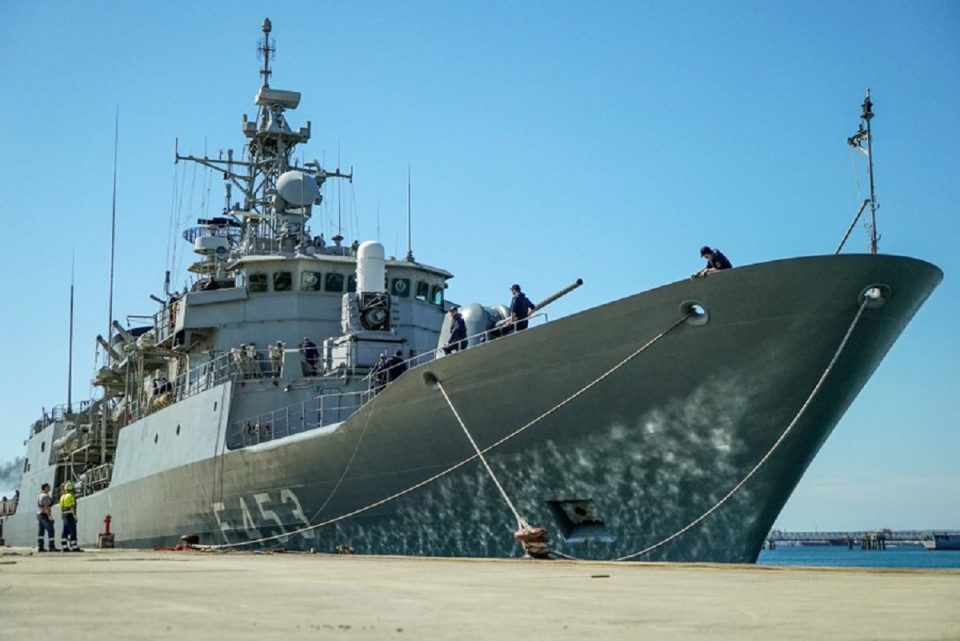 Greek Hydra-class frigate Spetsai (F-453) of the Hellenic Navy (front) and another ship take part in a military exercise in the eastern Mediterranean Sea, on August 25, 2020. (AFP)
AFP

Athens is ready for a “significant de-escalation” in the Eastern Mediterranean provided Turkey halts its “provocative actions”, Greek Prime Minister Kyriakos Mitsotakis said Wednesday.
Mitsotakis made the comments during a phone call with US President Donald Trump, as the row between the two neighbours over gas and maritime borders ratcheted up another notch.
Greece and its EU allies are holding war games in the Mediterranean as Turkey conducts drills with the US navy nearby