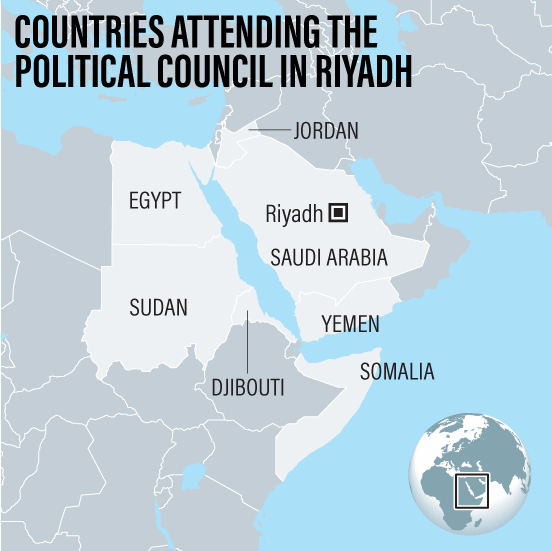 The formation of a new political council aimed at securing the Red Sea was discussed recently discussed in Riyadh at a gathering of foreign ministers from seven coastal Arab and African nations.

The meeting is the first to gather the seven countries — Saudi Arabia, Jordan, Sudan, Somalia, Djibouti, Egypt, and Yemen — in a bid to improve the economic and maritime security of the Red Sea coasts.

A block between the seven nations will be established to manage the affairs of the Red Sea and its choke points, which see approximately 10 percent of world trade.

The Red Sea also includes the Bab al-Mandeb Strait, through which an estimated 3.2 million barrels of oil per day flows towards Europe, the United States, and Asia.