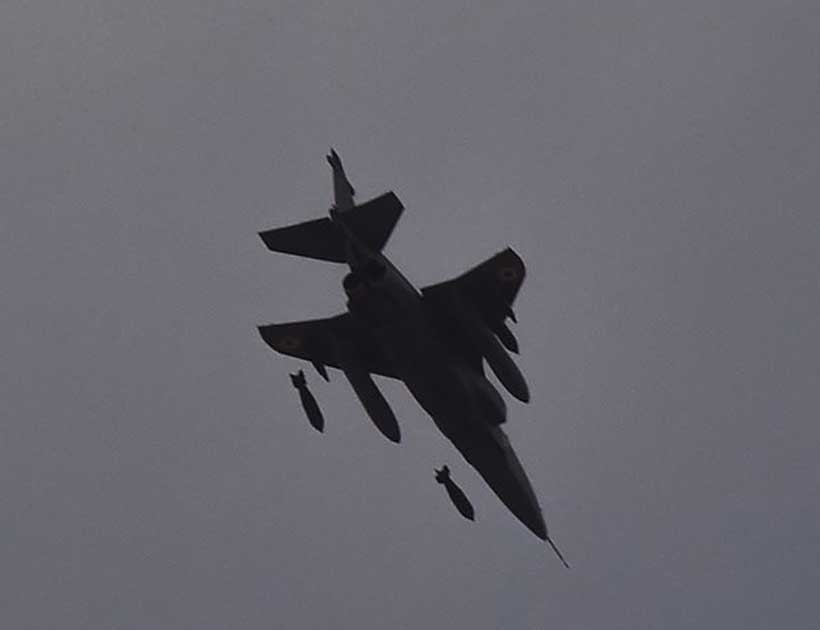 India’s Armed Forces Capabilities exposed during the Sino-India recent clashes in Ladakh. Indian Army was established on the fools day, 1 April 1895; 125 years ago by the East India Company, the British ruler of Sub-Continent. The aim and objectives of establishing the Indian Army were to protect the Companies economic interests, conquering the neighboring states, countering the insurgencies, suppressing the locals, maintaining the rit of British rulers, looking after the British empire, etc.

After getting independence from British rule in 1947, the Indian Army became the current day Indian Army, with its same ideology, aims, and objectives. The same training was continued, and the same traditions were inherited. Furthermore, to date, the current Indian Armed Forces are playing almost the same role. The conquered Goa, Sikkim, Hyderabad, Juna Ghar, and many other independent states. They are still fighting against the insurgencies like Assam, Maoist, Naga Land, Kashmir, Sikh, and,  etc. They are still suppressing their own local people like in Punjab, Haryana, Assam, Bihar, Kashmir, and minorities like Muslims, Christians, Sikhs, Dulats, and low caste Hindus, etc.

In fact, further deterioration started when they kept Muslims away and were not inducting Muslims in the armed forces. However, they inducted few on the ceremonial basis but were not given command or power or high ranks or important position since the 1965 War between India and Pakistan. The similar actions were initiated in the 1980s, after the Golden Temple (Sikh’s Holiest shrine) attack against the Sikhs. The Sikhs in the Armed Forces are no longer trusted and are not given important positions or commands. Recently, Indian Army Chiefs remarks about Ghurkas have an adverse impact of a strong regiment of Ghurkas.

Ghurkas are originally Nepalis, but the British inducted then in the Indian Army and noticed as one of the best fighting soldiers. Then they deputed Ghurkas all over India and also used them in overseas operations during World War I & II. Even in today’s Indian Army, they constitute a considerable population and known for their bravery. Nevertheless, humiliating remarks by the Indian Army Chief has hurt them, and they are disgruntled. What will be the Indian Government policies, and future course of actions regarding Ghurkas, is still unpredictable.

The reputation of the Indian Army in suppressing its own people is notorious, and the violations of human rights have exceeded all records. According to Human Rights Independent Organizations, India has surpassed all records of human rights violations in the history of human beings. Especially, their role in Kashmir, Punjab, Assam, Bihar, Naga Land are the worst demonstrations.

Even, personals of Armed Forces deputed in such states are getting mental sickness, and some of them commit suicides. Most of the Indian Military personnel are not willing to be posted in the troubled area.

Some of the countries in the Western World have refused issuance of Visas for Military personnel involved in War-Crimes in Kashmir and other states. In fact, the movement for trail against those involved in war-crimes is gaining momentum. I am sure, sooner or later, all those who so ever are involved in war crimes will face severe punishments depending on the degree of their involvement and intensity of war- crimes.

The disparity of salaries, perks, and privileges between the high ranked officers and low ranked soldiers is huge, creating disgruntles. The uniform, shoes, food provided to low ranked soldiers are pathetic. Weapons and amminition is rather out dated. War-Machines are dysfunctional. Disgruntled Armed forces, with dysfunctional war-machines, could not face well-equipped, well-trained, well-looked-after, Chinese forces.

Talks between the two forces (India and China) at the Major General Levels have failed, and the next round of talks at a higher level of Lt. Generals is under schedule. The PM Modi is hiding and refraining from the public appearance or commenting on the situation between India and China conflict in the Ladakh region. India’s Media is passive and low-profile on the subject, while the Foreign Ministry is also a bit conservative and careful in giving any strong statement.

Mogadishu must ready itself for the demands of modern city