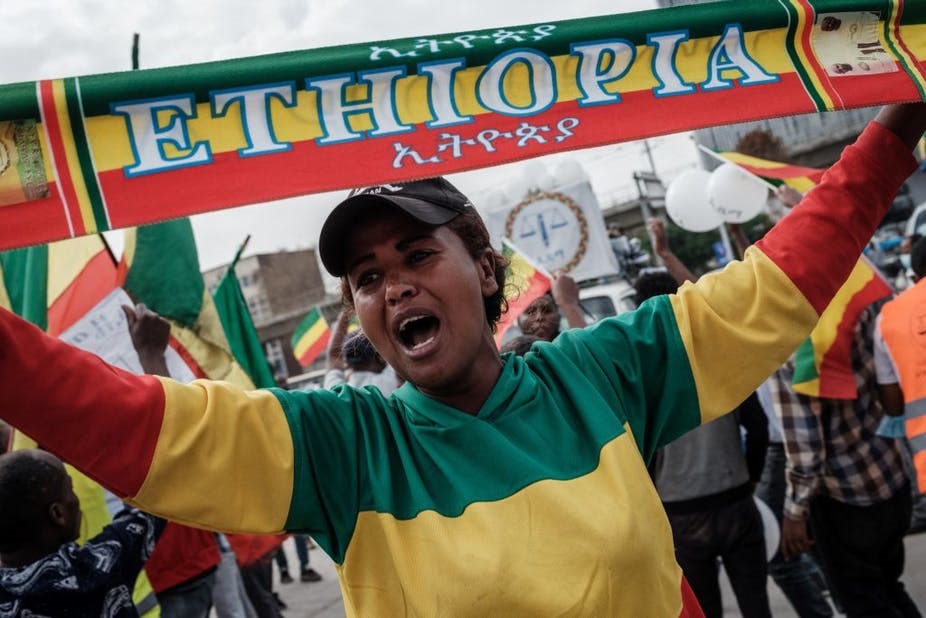 On 21 June, Ethiopians voted in long-awaited and twice-delayed parliamentary elections. These were the first polls held under the premiership of controversial Nobel Peace Prize winner Abiy Ahmed, in a country now embroiled in a civil war in the northern region of Tigray, a border dispute with neighbouring Sudan, and a regional spat with downstream Sudan and Egypt over Ethiopia’s mega-dam on the Blue Nile River – the Grand Ethiopian Renaissance Dam (GERD).

To be more accurate, some Ethiopians voted. Despite being the second most populous country in Africa with perhaps 110 million people (the most recent reliable population data is nearly 15 years old), only 37 million registered to vote. The electoral board had hoped to register 50 million. 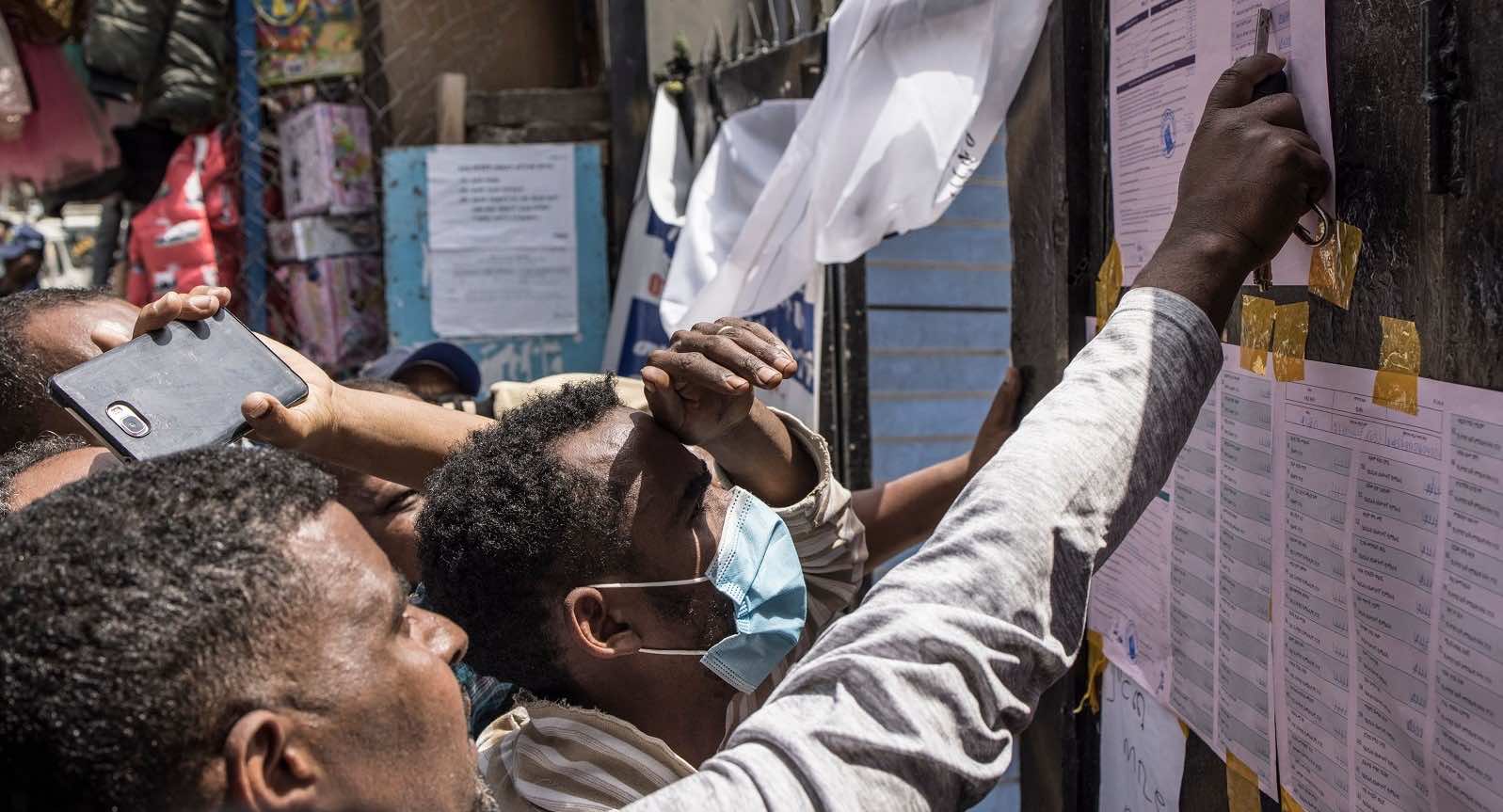 Amid the civil war in Tigray and insecurity in many other parts of the country, which has displaced millions, the election had clearly not provided sufficient motivation for everyone to enrol. In part, this was because the outcome was a foregone conclusion. Out of 547 parliamentary seats, elections did not take place in about 100 constituencies due to security concerns or deficiencies in election administration. In a further 100 or so constituencies, only one candidate was on the ballot. Although many votes are still to be counted and no results have yet been announced, it is apparent that Abiy’s rebranded ruling party, Prosperity, will have a commanding majority in parliament. Based on numbers of seats, Abiy is near certain to win outright in the three most populous regions of the country: Oromia, Amhara, and the Southern Nations, Nationalities and People’s Region (SNNPR).

Ethiopia, for so long a linchpin in the stability of Horn of Africa, has entered a period of instability.

Compared to 2015, when Prosperity’s predecessor, the Ethiopian People’s Revolutionary Democratic Front (EPRDF) and its affiliates took 100 per cent of the seats, the 2021 election is less numerically absurd. For some, the likely entry into parliament of other parties is evidence of Ethiopia’s democratic change, initiated by Abiy’s rise to office in 2018. But with many Ethiopians excluded from the process and with the process only likely to confirm Abiy Ahmed in office, it is unclear that the elections will change much, in either Abiy’s governing style or in the country’s general trajectory. Abiy, who has maintained that the federal government’s actions since the war started in Tigray are a “law enforcement operation”, even as numerous atrocities have taken place, took the opportunity on election day to tell a reporter that there “is no hunger in Tigray”, despite the clear evidence that famine conditions already exist.

Ethiopia, for so long a linchpin in the stability of Horn of Africa, has entered a period of instability. Ethiopia matters: it remains one of the world’s fastest growing economies, and, by the year 2100, is projected to become one of the ten most populous countries in the world, ahead of Brazil and Bangladesh. Abiy sees himself as an agent of Ethiopian transformation and renaissance. But much of the optimism brought on by initial political and economic reforms has now dissipated. In victory, some hope that Abiy will offer magnanimity; others fear further division and turmoil from his administration.

Although “Abiy-mania” has cooled since he came to office in 2018, Abiy remains immensely, albeit far from universally, domestically popular.

Three recent factors have contributed to reinforcing this popularity. First, Abiy’s insistence on Ethiopia’s sovereign right to develop its hydroelectric potential — symbolised by the GERD — is immensely popular, even if it is also the position of every other significant Ethiopian political actor. The narrative that Abiy is being bullied by downstream neighbours who have long profited from the Nile’s waters and unfair colonial-era treaties has unified Ethiopians like no other issue. The perception that foreign powers are more sympathetic to Egypt’s position has only bolstered the nationalist argument.

Second, Abiy’s prosecution of the war in Tigray against the so-called “junta” of the now outlawed Tigray People’s Liberation Front (TPLF), the prime actor in the old EPRDF, has also proved to be highly popular with many Ethiopians outside of Tigray. Widespread contempt for the TPLF/EPRDF has meant praise for the man seen as engineering their destruction, even at a tremendous humanitarian cost. In the latest atrocity of this war, a government airstrike on a market in Togoga, near Tigray’s regional capital, Mekelle, left as many as 80 dead and 43 wounded on Tuesday, the day after the election.

Abiy will win his first election as prime minister with huge tallies from Oromia, and argue he has a legitimate, democratic mandate.

Third, the largely foreign distress about that humanitarian suffering has been portrayed as unwarranted foreign interference in Ethiopian domestic affairs, and thus is the newest chapter of necessary resistance to international intervention in Ethiopia, a country proud to have avoided European colonisation and which still counts the 1896 Battle of Adwa, where Ethiopia decisively defeated Italian forces, as a historical touchstone of great importance.

Still, this popularity is conditional, qualified and sometimes performative. In small towns throughout Abiy’s home region of Oromia, signs exhort voters to Ampuulii Filadhaa – choose or vote for the lightbulb (Prosperity’s party symbol). For some voters, the fact that Abiy is from Oromia is enough to support him: “it is our turn to have a leader”. Others say they will still vote for Abiy and the “lamp”, but “are disappointed” for a variety of reasons: government promises have not been kept, change has not occurred, “Abiy has changed”. In an environment where the major opposition parties in Oromia are not on the ballot, are boycotting the election, and have numerous leaders under arrest, it is difficult for many to see political alternatives or express contrary views. Abiy will win his first election as prime minister with huge tallies from Oromia, and argue he has a legitimate, democratic mandate. That mandate, however, may not illuminate the way forward for inclusive and equitable governance in Ethiopia, nor automatically solve the country’s many problems, both foreign and domestic.

Adapted from its original source-The Interpreter