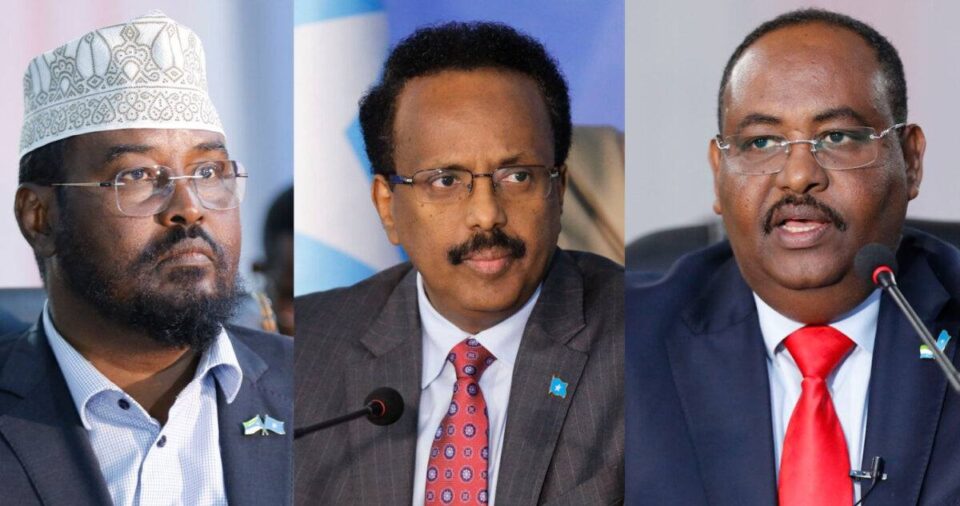 Opposition, Government blame each other for the failure

The latest round of talks between the Somali central government and the five federal states’ leaders and the mayor of Mogadishu to end a political stalemate on elections collapsed Wednesday.

Somali Information Minister Osman Dubbe said leaders of the regional states of Puntland and Jubbaland are not willing to hold elections based on agreements of Sept. 17 and Feb. 16.

“Finally, as part of the government’s effort to transition Somalia towards peaceful, inclusive, timely and transparent elections, President @M_Farmaajo agreed to engage in the leadership consultative summit; unfortunately, Jubaland and Puntland leadership dishonored the forum,” Somali Presidency said on Twitter..

“His intention was never to achieve an agreement. He was campaigning within the parliamentarians for extension, destabilizing the regional states,” he said in a statement.

This latest round of talks that took place inside Adan Adde International Airport was organized by Somalia’s international partners after the Horn of Africa country’s leaders failed to reach consensus.

The international community on Monday night called on the leaders to resolve the election impasse and reach an agreement.

“As Somalis prepare to welcome the holy month of Ramadan, international partners express hope that the basic tenets of reflection, tolerance, forgiveness and reconciliation will usher in a successful summit of the federal government and federal member state leaders,” said a statement issued by United Nations Assistance Mission in Somalia (UNSOM).

The country has seen political and election stalemate after the current president’s mandate expired on Feb. 8 and opposition leaders announced that they don’t recognize him as president.