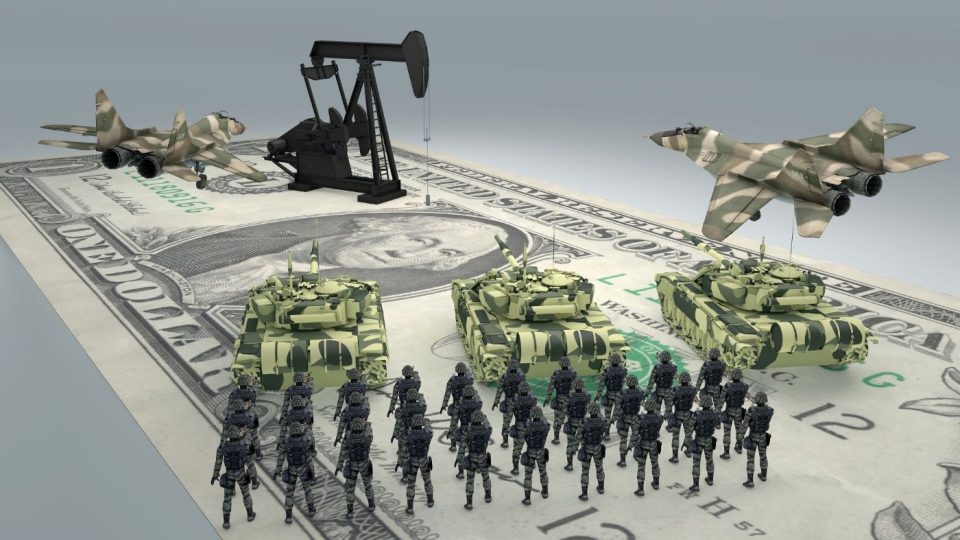 Because Russia’s war against Ukraine could not go unpunished, the use of painful, sweeping economic sanctions is clearly justified. In the future, though, these powerful new tools will need to be subject to proper controls; otherwise, they could trigger a reversal of globalization – and of the prosperity that it has made possible.

CHICAGO – War is horrific, no matter how it is waged. Nevertheless, Russia’s unprovoked attack on Ukraine, with its scenes of Ukrainian civilians being murdered or driven from their homes, undoubtedly had to be opposed. In addition to supplying Ukraine with military weapons, governments around the world have deployed economic weapons against Russia. While Russia, an economic midget relative to its military power, may still lash out by expanding the range of military weapons it uses and the territories it targets, it is a risk the world had to take.

Compared to Russia’s indiscriminate bombing, economic weapons will not kill people as quickly, create as much visible destruction, or inspire as much fear. Nonetheless, the unprecedented economic weapons that have been deployed against Russia will be unquestionably painful. The strictures on Russia’s central bank have already contributed to the ruble’s collapse, and new limitations on cross-border payments and financing have had an immediate impact, weakening confidence in Russian banks. Though trade sanctions (restricting exports of key inputs such as airplane parts to Russia, as well as purchases from Russia) and the exodus of multinational corporations from Russia will have a less immediate effect, they will reduce economic growth and increase unemployment significantly over time. If these measures are not reversed, they will eventually translate into lower living standards, poorer health, and more deaths in Russia.

That we have come to this point reflects a widespread political breakdown. Too many powerful countries are now being led by authoritarian rulers whose reliance on nationalism makes them less willing to compromise internationally and who face few domestic constraints on their behavior. If Russian President Vladimir Putin’s aggression were to go unpunished, more international provocations like his war in Ukraine would become inevitable. Equally problematic is the breakdown of the international order. The United Nations Security Council cannot legitimately act against any of its permanent veto-wielding members (China, France, Russia, the United Kingdom, and the United States).

The organization’s impotence translates into impunity for strongmen who flout international norms. Moreover, even if the UN could approve a military response, the will to confront a determined nuclear power militarily would probably be lacking. Economic weapons, made possible by global integration, offer a way to bypass a paralyzed global governance system. They allow other powers an effective (that is, painful) but civilized way to respond to aggression and barbarity.

But the risks that these weapons can create must not be underplayed. When fully unleashed, sanctions, too, are weapons of mass destruction. They may not topple buildings or collapse bridges, but they destroy firms, financial institutions, livelihoods, and even lives. Like military WMDs, they inflict pain indiscriminately, striking both the culpable and the innocent. And if they are used too widely, they could reverse the process of globalization that has allowed the modern world to prosper.

There are several related concerns here. For starters, the seemingly bloodless nature of economic weapons, and the lack of norms governing them, could result in their overuse. This is not merely speculative. The US still maintains harsh sanctions against Cuba even though there are far worse regimes in the world; and China recently sanctioned Australian exports, apparently in retaliation for Australia’s demand for a full inquiry into the origins of COVID-19. Equally worrisome is the growing public pressure on corporations to stop doing business in certain countries. These demands can lead to sanctions being broadened beyond what policymakers intended. It is not impossible to imagine a country being subjected to economic warfare because of its government’s position on, say, abortion or climate change.

A widespread fear of indiscriminate sanctions would lead to more defensive behavior. Following the action taken against Russia’s central bank, China, India, and many other countries will worry that their own foreign-exchange holdings (of advanced-economy debt) may prove unusable if a few countries decide to freeze their assets. With few other assets possessing the liquidity of dollar or euro reserves, countries will start limiting activities that necessitate reserve holdings, such as cross-border corporate borrowing. More countries also might start exploring collective alternatives to the SWIFT financial messaging network, potentially leading to fragmentation of the global payments system. And private firms might become even warier of mediating investment or trade between countries that do not share political and social values.

There could also be more zero-sum strategic behavior, with countries developing new countermeasures to economic weapons. For example, a country might invite foreign banks into its market with the ulterior motive of someday holding their assets and capital hostage. Conversely, countries may limit where their banks can operate, in order to reduce their vulnerability to such threats. Inevitably, economic interactions between countries will shrink. While economic weapons have helped the world bypass a paralyzed global governance system in response to Russia’s war of aggression, they also highlight the need for new safeguards in the future. Otherwise, we risk creating an economically balkanized and poorer world.

In particular, because economic weapons are too powerful to leave in the hands of any one country, their use should be subject to a minimal consensus requirement. Insofar as sanctions are more effective when more countries participate, this mechanism may already be inbuilt. Yet the threat of secondary sanctions can force otherwise unwilling countries to cooperate. The requirement therefore should be based on voluntary consensus – and the more destructive the economic weapon, the broader the required consensus should be. Likewise, there should be a gradation of weapon use. Moves against the assets of aggressor-country elites should have the highest priority and lowest consensus requirements.

Advanced economies should facilitate this by no longer turning a blind eye to the proceeds of tax evasion, corruption, and theft from elsewhere that are parked in their jurisdictions. Conversely, because moves to debase an aggressor’s currency or undermine its financial system can turn middle-class liberals and reformers into angry nationalists, they should be taken with more deliberation and maximal consensus. Advanced economies will be understandably reluctant to place constraints on their own newly discovered powers. But they should recognize that a balkanized global economy would hurt everyone. Moreover, holding talks on “economic arms control” could be a first step toward fixing the broken global order. Peaceful coexistence is always better than war, no matter how it is waged.

Raghuram G. Rajan, former governor of the Reserve Bank of India, is Professor of Finance at the University of Chicago Booth School of Business and the author, most recently, of The Third Pillar: How Markets and the State Leave the Community Behind (Penguin, 2020).

African countries seek to stem Israeli influence in the continent