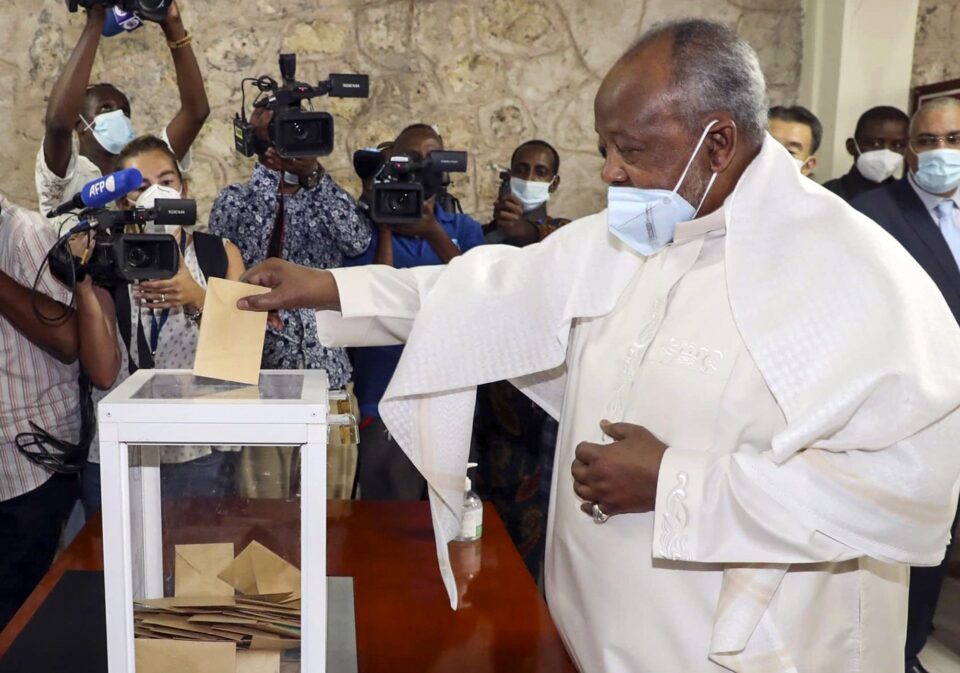 President Guelleh casts his ballot at the Ras-Dika district polling station in the capital Djibouti on April 9.st

The final results are expected to be announced later Saturday by the electoral commission.

“Thank you for your confidence!” the president tweeted overnight. “Let’s continue together!”

The minister, in comments carried by state media, said Farah has received 1.59% of votes. Farah, who stopped campaigning early in protest over a lack of security for him, has not commented publicly.

This term should be the 73-year-old Guelleh’s last, according the constitution, which limits the presidency to those under the age of 75.

“This election has not been as vivid as it was supposed to be, because the opposition parties have boycotted the election and the only independent contender, Mr. Zakaria Ismail Farah, is not a known politician among the public,” Adan Omar Abdullahi, the chairman of a political studies think tank in Djibouti, told reporters.

More than 200,000 voters were registered for the election in the small but strategically important country of over 600,000 people. Because of its strategic location on the Red Sea, Djibouti hosts several foreign military bases including those of the United States, France, China and others.

The country’s economy relies heavily on its location on one of the world’s busiest shipping lanes.

Critics call the president a heavy-handed dictator, but others in Djibouti see him as a driving force in the country’s development and relative stability. Guelleh has been in power since 1999 after the death of his predecessor, Hassan Guled Aptidon, the country’s first president. Djibouti won independence from France in 1977.