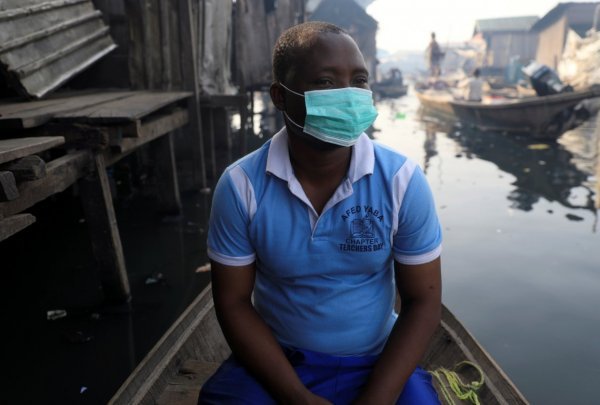 The current global crisis offers a new perspective into the challenges of unrepresented peoples around the world. With more-and-more government decision-making happening behind closed-doors, the voices of these nations and peoples are increasingly marginalized. States with limited recognition are excluded from mechanisms of international public health governance and development aid, limiting effective global coordination and their own abilities to respond. Sub-national governments and people living in national systems that discriminate and exclude their voices face increased exclusion from public health systems and poorer levels of funding.

In this new series Coronavirus: Unrepresented & Alone, UNPO will be documenting how unrepresented nations and peoples are being treated both internationally and nationally in order to understand and inform how the world’s most marginalized peoples can be better protected. We are working towards a comprehensive study on the matter with our academic partners. In the meantime, we will be publishing relevant news and information about ongoing situations, collecting evidence and raising the alarm with policy-makers. This page will be regularly updated, serving as a digest and repository of this work during the crisis…

Around the world, peoples denied equal representation in national and international governance structures are being particularly affected by the coronavirus pandemic. With the world battling its most challenging crisis since the Second World War, the United Nations’ Secretary-General Antonio Guterres has issued an urgent appeal for action calling on politicians to “forget political games” and come together for a “strong and effective response”. However, responses from heads of governments worldwide have been divisive and incoherent, in some cases exposing the many facets of the populism that has taken the political landscape by storm over the last years. In response to the spread of the coronavirus, countries of the EU have closed national borders while most members states of the UN have adopted a “self-help” doctrine to the public health issue, putting multilateralism as a whole to an ultimate test.

Beyond the media headlines, states with limited or no recognition are operating on the fringes of the international system to overcome the pandemic. Their exclusion from international institutions has been detrimental to their ability to respond to the public health emergency. This is particularly acute in their lack of access to international funding due to their lack of recognised statehood.

While Abkhazia has yet to report a first incidence of the virus on its territory, this is not to say that it has not been strongly affected by events happening outside its borders. The state with limited recognition shares a land border with Georgia and Russia, the former being completely closed and the latter remaining open, albeit with greater restrictions. Since the economy of Abkhazia is based primarily on trade and tourism, the lack of visitors and large numbers of people cancelling their trips to Abkhazia pose a serious risk to the Abkhaz economy.

The unrecognised state of Somaliland, on the Horn of Africa, is taking a very proactive approach to combating the virus. The government has established a national task force to coordinate efforts in early detection, surveillance, risk communication and infection control. Moreover, in cooperation with religious authorities, they have been able to use mosques as a platform to disseminate information to the public about the virus and prevention measures. This effective response, however, cannot make up for the lack of international cooperation and support. The virus also coincides with the locust swarms, which have the potential to disrupt agriculture significantly and could prove catastrophic in combination with a national epidemic.

The Republic of China, known internationally as Taiwan, has also taken very proactive measures against the pandemic, which has worked to its credit given the current situation worldwide. The number of cases on the island are currently at 329 (as of 01/04/2020), which is remarkable given its proximity to mainland China. Its relative success in this regard is thanks to it being one of the first countries to implement stringent restrictions on border controls and ban the export of surgical facemasks. “Taiwan’s response to COVID-19 is a successful model the rest of the world should learn from,” a US State Department spokeswoman said, adding that “Taiwan is not just a democratic success story, but a true friend in times of need”.

It is also suggested that Taiwan’s previous experience with the SARS virus outbreak, which originated in China, also contributed to Taiwan’s preparedness. Despite its effective response, Taiwan continues to face challenges internationally due to efforts by the People’s Republic of China (PRC)’s efforts to exclude Taiwan diplomatically from international forums such as the World Health Organization (WHO).

The case of the District of Columbia

In contrast to the aforementioned cases, Washington, D.C. does not seek independent statehood, but rather to be recognised as a US state with the same privilages and rights as the other 50 US states. The capital territory’s lack of statehood, despite its federal taxation, means that it is uneligible to receive the same support as the states regarding the fight against the coronavirus. As such, while the states were granted $1.25 billion of funding each, the 5 federal territories (including D.C., Puerto Rico, and Guam) must split $3 billion between them, resulting in $500 million for the district. Thus, D.C. is losing out on the extra $750 million it would receive, were it a recognised state.

Coronavirus: The fear of being sentenced to a Kenyan quarantine centre