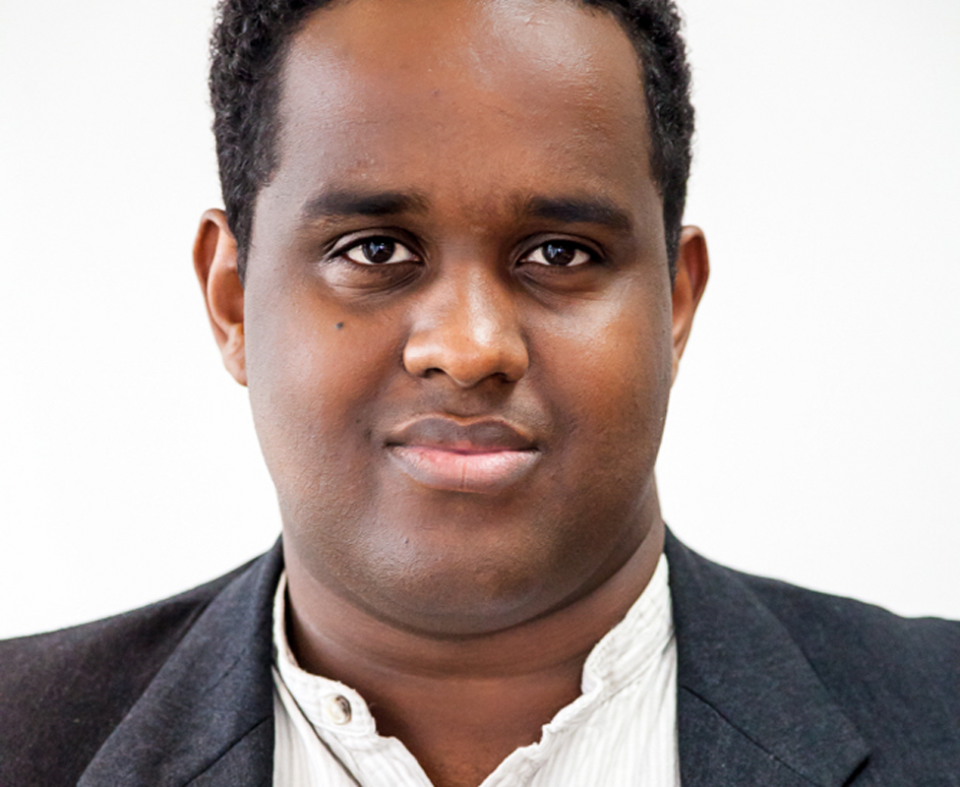 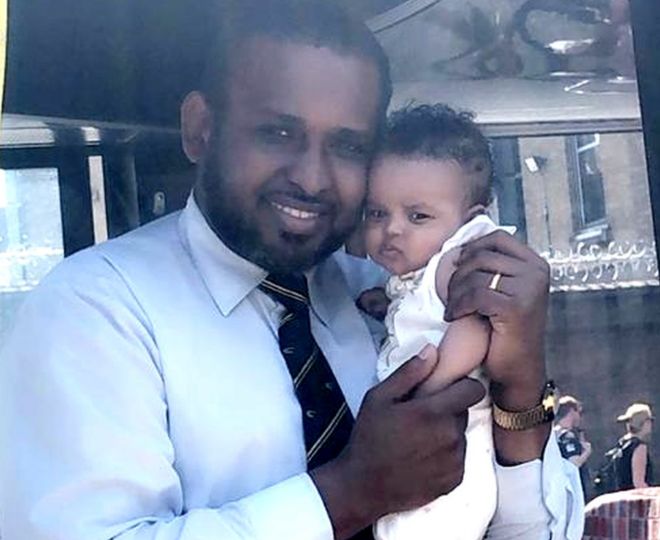 London bus driver Nadir Nur, seen here with his daughter, died after contracting coronavirus
In our series of letters from African journalists, Ismail Einashe reflects on the impact that coronavirus is having on the Somali community in London.

The signs for Dahabshiil, the Somali money transfer company, are a familiar sight in some London’s streets.

The green and white logo is displayed in the windows of internet cafes and shops from the densely packed inner-city thoroughfares of Camden, Mile End and Shepherd’s Bush to the sprawling suburbs.

London’s community of Somalis is one of the largest in our diaspora and a regular ritual for its members is to go to these shops to send money to their families back home.

This is a vital lifeline for those in a country that is still emerging from decades of conflict.

It is estimated that Somalis transfer more than $1bn (£0.8bn) every year – more than Somalia receives in aid.

But the coronavirus crisis is having an impact on these crucial payments.

The pandemic, which has claimed more than 16,500 lives across the UK, has hit the Somali community hard in both economic and human terms.

The dead include a disproportionate number of Somalis, such as Nadir Nur, a 48-year-old bus driver who was said to be in good health. He leaves behind a 10-month old daughter and four other children.

Ismail Mohamed Abdulwahab, a 13-year-old boy from South London, died of the virus alone in hospital. His family could not even attend his funeral, as they were forced to self-isolate.

At the other end of the age-range there was Ahmed Ismail Hussein Hudeidi, a founding father of modern Somali music, who died in London after contracting coronavirus at the age of 91.

It is impossible to be sure of the exact number of Somalis in London.

According to the UK’s Office for National Statistics there were 108,000 Somali-born residents of the UK as a whole in 2018.

But this this only records those born in Somalia, not ethnic Somalis born in the UK or those who have come from other European countries, such as the Netherlands or Sweden.

Most estimates suggest there are around 250,000 in the UK, with by far the largest group living in London.

There have been several waves of Somali immigration:

There are a number of reasons why Somalis, like some other minority ethnic groups in the UK, appear to have been badly affected by the virus.

In the UK, many older Somalis suffer with pre-existing conditions such as diabetes, and high blood pressure. They often live in overcrowded, multi-generational social housing in low-income areas of large cities.

Somalis in London often work in vital, but low-paid jobs, which now leave them vulnerable on the front line of the crisis.

They are part of London’s migrant workforce: the care workers, nurses, bus drivers and cleaners who work in the most precarious jobs, often on insecure contracts.

Covid-19 has exposed the deep economic and social divides that exist in London.

Since the lockdown began, and most of London’s shops, including many Dahabshiil outlets, have closed their doors, some Somalis have found it hard to adapt as they are unsure how to send money using apps or phones.