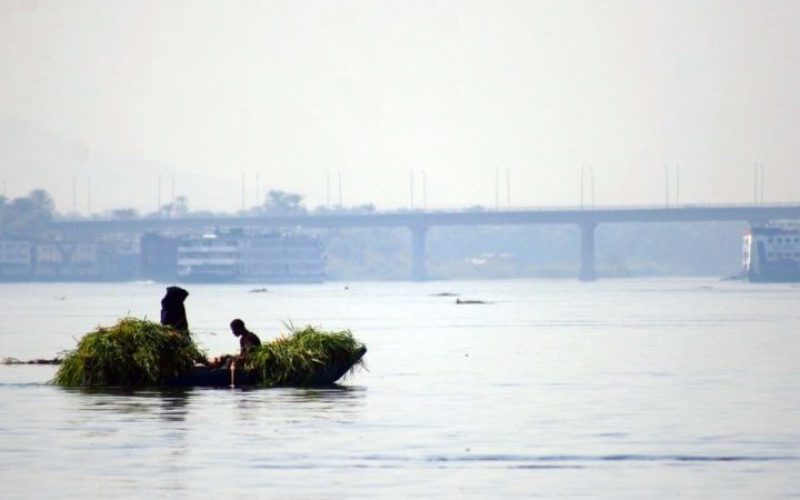 Egyptian and Ethiopian tensions over the Grand Ethiopian Renaissance Dam have been escalating over the past decade. Whilst Egypt’s concerns over water scarcity could lead to conflict in the long-term, internal development could alleviate worries over scarce water resources. Egypt’s desire to recoup their position as regional hegemon, however, may prove influential in the escalating tensions.

After nine years of fruitless discussions between Egypt and Ethiopia, the building of the Grand Ethiopian Renaissance Dam (GERD) still proves a source of tension between the two states. Over the past few months, negotiations have centred on how quickly the dam should be filled with Egypt fearing drought if filled too quickly.  Late last year, inter-state dialogue ceased entirely with no compromise between Egypt, and its fear of drought, and Ethiopia, who strives to develop its hydroelectric capacity. The collapse of negotiations saw hopes of a collaborative approach diminish and fears of an antagonistic relationship rise.

Egypt and Ethiopia’s dual drive for water security has the potential to lead to conflict, with a growing need for water certainty stemming from the ever-increasing threat posed by climate-change along with these nations rapidly growing populations. However, there is potential for intra-state measures to become less reliant on Nile water, via a greater investment in water-saving technologies.

Egypt has always been heavily reliant on Nile water, with the 5th century Greek historian Herodotus calling the country ‘a gift of the Nile’ due to its dependence on the river. Around 90% of Egypt’s freshwater is derived from the Nile, with agriculture accounting for around 86% of all water withdrawal from the river. Simultaneously, Egypt’s population has risen rapidly over the past decade. In 2000, the UN estimated that the population would reach 96 million in 2026, however by 2017, the country’s population had already hit 104.5 million. Population growth will lead to an increased volume of water needed to provide food for the growing population. In tandem, temperatures in Egypt are expected to increase by 1.8 to 3.6 degrees celsius over the next hundred years, which could put additional pressure on Egypt’s future water demands. Indeed, Egypt is categorised by the UN World Water Development Assessment Programme as suffering from water scarcity and it can be assumed this will only worsen with an increase in population and temperature. Al-Sisi and the Egyptian political class will be all too aware that high food prices have often contributed to civil unrest, as seen when both   the 1977 cut to food subsidies  and 2008 rise in food prices resulted in deadly riots. The administration should then likely be concerned that exacerbated water scarcity could lead to food prices soaring and increase the possibility of civil unrest.

Prior Nile water agreements have portrayed Egypt, who was supported by imperial Britain, as having primary use and control over the river. Both the 1929 and 1959 Nile water agreements also stipulated that downstream states were not permitted to construct dams — since this could affect water flow into Egypt — without the permission of Egypt first. The construction of the GERD without Egyptian permission demonstrates a power shift away from Cairo, which previously held the role of regional hegemon, towards the rising state of Ethiopia.  In response to the filling of the dam, Egypt launched cyber attacks against Ethiopia and warned the state to ‘Prepare the Ethiopian people for the wrath of the Pharaohs’. This allusion to Egypt’s Pharaonic past implies that the nation’s history as a major international power is key to the state’s identity and self-perception. Accordingly, the building of the GERD represents an undermining of Egypt’s former power. Where the state was previously able to veto upstream water projects, its strength in the region has waned with a rising and defiant Ethiopia refusing to bow to Egyptian pressure.

Water security can also be understood through the lens of political economy. In this sense, water problems are not viewed  as natural limits or technological insufficiency, but instead a feature of the region’s economy.  Often this discussion also serves to highlight the unwillingness of some businesses to prioritise long-term sustainability over short-term profit. Perhaps instead of resisting the GERD, should Egypt instead refocus their efforts on internal development? Egypt loses around half of its freshwater due to suboptimal planning and regulation. Investment in water-efficiency projects could ease Egypt’s water concerns by maximising the water available. Morocco, for example, has allowed efficient irrigation equipment to be bought tax-free and similarly,  Jordan and Tunisia have shown that wastewater can be recycled and used for irrigation. Further, there has been increasing interest from the private sector in these water-saving projects, such as the establishment of private wastewater treatment facilities in Bahrain, Iran and Jordan, possibly prompted by subsidies and assurances of payment. Similar investment in Egypt’s water-efficiency projects could alleviate some concerns over water scarcity, and may ease tensions over the GERD also.

U.S. Influence under a Biden Administration?

Under the Trump administration, the U.S. has attempted to mediate the dispute between Egypt and Ethiopia. In an effort  to encourage Ethiopia to make concessions, the U.S. announced that it would decrease Ethiopia’s aid budget by $130 million. Ethiopian commentators regarded this cut in aid as a continuation of the colonial legacy in Africa and exemplative of Washington’s bias towards Trump’s ‘favourite dictator’. Indeed, President Trump indicated violence may be on the horizon when he told reporters in October that Egypt will ‘end up blowing up the dam’. However, the change of administration in January may bring a change in tone, if not policy. Ethiopian Prime Minister Abiy Ahmed was among the first African leaders to congratulate President-Elect Biden on his victory at the polls, hoping for a reset perhaps in Ethiopian-U.S. relations. Trump’s tendency to act independent of other branches of government and his fluid group of advisors has ensured that his personal temperament has had a relatively significant impact on policy. Biden on the other hand, has been more measured in his statements on foreign policy.

Ethiopia’s current internal struggles with the Tigray People’s Liberation Front (TPLF) and the continued associated violence would suggest Ethiopia would be averse to engaging in inter-state conflict across multiple fronts. Egypt too has a vested interest in preventing conflict in Ethiopia, with fears that it could spill over to Eritrea and further promote instability in the region. Accordingly, it is unlikely that this situation will evolve into conflict in the short-term.

However, in the long-term, if there is a failure to invest significantly in water-saving projects, worries over water security will only increase in line with Egypt’s growing population and the accumulating effects of climate change. It is a realistic possibility that these tensions will indeed spill over into conflict in the long-term, especially if coupled with an Egyptian nationalist desire to recoup any perceived loss of power in the region.