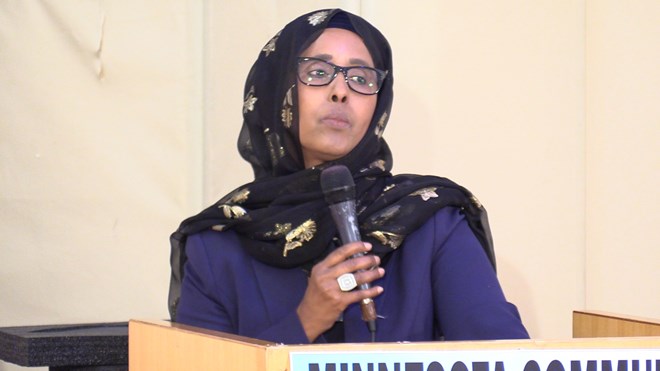 As Covid-19 cases continue to soar in Somalia, serious discontentment is growing due to the misappropriation of funds within the Ministry of Health in the country.

Twelve top officials among them the Director-General in the ministry have already been charged in court and convicted of corruption charges with the Attorney General Seleban Mohamed Mohamud saying they are pursuing more cases.

“The office of the Attorney General is handling corruption cases within the ministry of Health and other ministries,” the AG said.

The investigations targeted directors within the ministry, heads of departments, project coordinators, consultants, and extended to staff from private firms working with the ministry of health.

Morale is at its lowest within the ministry in what top medics term as nepotism in employment and promotion, employment of unqualified staff, and harassment and sacking of whistleblowers.

Some top doctors have opted to quit working for the ministry while others are on a go-slow as the push to have the minister of Health Fowziyo Nur Abikar take responsibility for the numerous corruption cases bedeviling the ministry continues.

There has been a public outcry over the shady dealings within the ministry where the public has lost millions of dollars in the award of tenders.

A case in point was how over $ 20 million sets aside for the procurement of coronavirus testing kits and equipment were used.

There have been allegations the awarding of a contract to a Hungary based firm did not go through due process and the government may have lost the money through the phony deal.

The deal with two-month-old firm Drax Consult is alleged to have been completed without the legal consent of Somalia’s procurement registration authority.

Donors and the local media had questioned how a $2m payment was made to Drax Consult. The payment was flagged as suspicious by Hungarian authorities in March 2020.

Consequently, senior officials among them the Director-General of the ministry were arrested.

The government spokesperson and The Attorney General described this arrest as a reflection of the government’s commitment to fighting corruption, adding that no one is immune from prosecution.

Abdullahi Hashi Ali, director-general of the health ministry, was charged in court and sentenced to nine years in prison with a $2,366 fine.

Mohamud Bule Mohamud, director of administration and finance department, was given an 18-year jail term, while the head of accounting Mahdi Abshir, and the head of Malaria and HIV/AIDs Bashir Abdi were imprisoned for 12 and three years, respectively.

But medics say the buck stops with the minister Fowziyo Nur Abikar who they say seems out of touch with the realities on the ground and has abetted the wanton pilferage and abuse of office within her ministry.

Her stark favoritism in appointments has seen the ministry populated with members of one family while the qualified people are either kicked out or not considered when opportunities arise.

As a result, unqualified personnel with no ability to serve under the Ministry of Health have been making critical decisions.

The minister is said to have blocked any corruption-related investigations including non-compliance with procurement procedures, recruitment, staff training, promotions and fines, monitoring and evaluation, and failure to take anti-corruption measures.

The country is in dire need of better health services, but under the prevailing circumstances, it is virtually impossible.

The doctors say that it is unfortunate that while other countries in Africa look committed to providing better healthcare, the same cannot be said of Somalia which is facing its worst economic crisis in more than a decade and there is mounting public anger over poor health services and corruption.

Several international partners like the United States, Turkey, United Arab Emirates, and the United Nations have been making donations including money to the war-torn nation whose health infrastructure is ranked among the worst globally.

Somalia is also ranked the world’s most corrupt country, according to a 2019 report from Corruption Perception Index (CPI) released by Transparency International – TI.