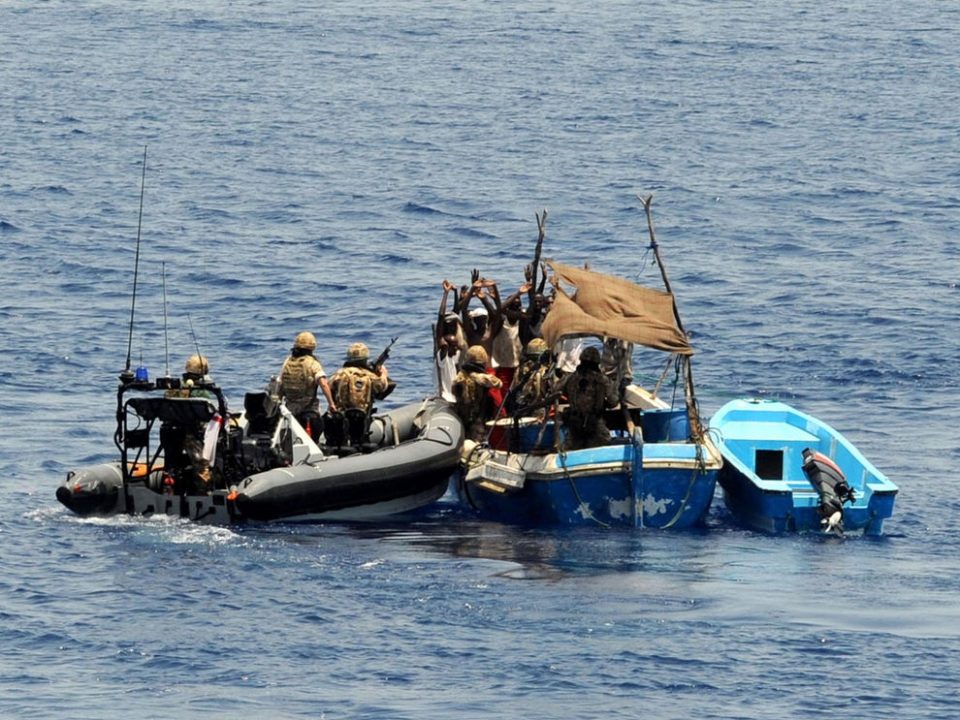 File: The 2012 incident only came to light after footage was found and uploaded to YouTube

A Chinese national has been charged in Taiwan for ordering the killings of four  Somali fishermen while he was the captain of a Taiwanese fishing boat.

The captain has been charged with multiple counts of homicide and gun control, in a country where murder is punishable by the death penalty and carries a minimum sentence of 10 years.

But prosecutors are understood to have sought a lenient sentence, on the basis that the alleged pirates were the first to open fire.

The incident took place in the Indian Ocean off the Somali coast in September 2012 when Wang Fengyu was the captain of Ping Shin No 101. According to a BBC News report, the captain has claimed that alleged Somali fishermen shot at his and three other fishing boats before one of the boats managed to knock the pirates into the sea.

The Chinese national was arrested in August this year when the latest ship under his command docked at Kaohsiung port in Taiwan. A warrant for his arrest had been issued back in December 2018.

Prosecutors say the captain ordered his Pakistani security guards to open fire on the fishermen as they tried to stay afloat in the sea, knowing they would not be able to defend themselves. Activists have said the case is an example of the lawlessness that persists at sea, particularly among Indian Ocean fishing industries.

The captain has reportedly claimed that he acted to stop the pirates from escaping and bringing back others to hijack his vessel.

The 2012 killings only came to light in 2014, after a video of the incident was found on a mobile phone left in the back of a taxi in Fiji. Someone later posted the 10-minute clip to YouTube.

In the video, a man is heard giving orders in Mandarin while four alleged pirates are in the water, after which dozens of rounds of ammunition are fired at them. Later in the video, the bodies of the victims are seen floating in the water.