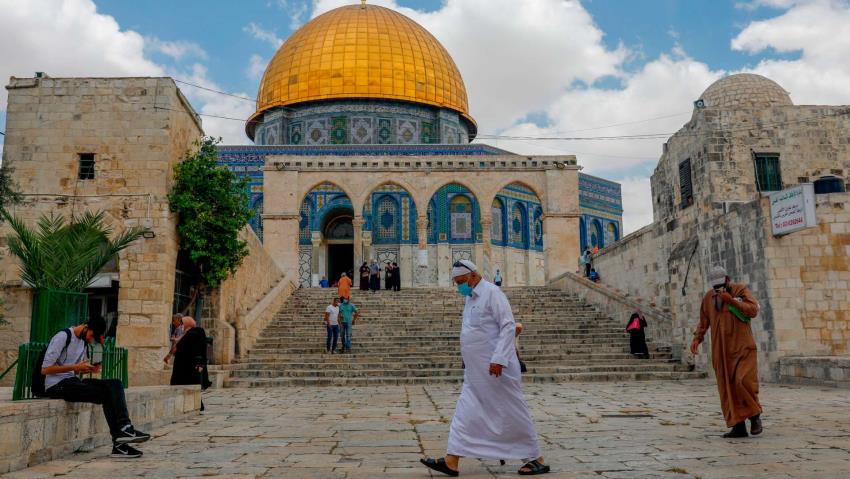 
Chad belongs to the Organisation of the Islamic Conference (OIC) [Getty]

A delegation from Chad discussed the possible opening of an embassy in Jerusalem during a meeting on Tuesday with Prime Minister Benjamin Netanyahu, the Israeli leader said.

The premier, whose country is to sign a US-brokered deal normalising relations with the UAE, had announced a renewal of ties with Chad after a 47-year hiatus during a 2019 visit to the central African country.

Chad, one of the world’s poorest countries, is not an Arab League member state but belongs to the Organisation of the Islamic Conference (OIC).

Netanyahu has sought to normalise the Jewish state’s ties with Arab and Muslim nations as well as pushing for greater international recognition of the disputed city of Jerusalem as Israel’s capital.

US President Donald Trump recognised the disputed city as Israel’s “undivided capital” in December 2017, breaking with decades of international consensus that its status should be settled in a peace deal between Israel and the Palestinians.

“We discussed the appointment of ambassadors and the opening of diplomatic missions, including the possibility of opening an embassy in Jerusalem,” Netanyahu tweeted.

The meetings came less than a month after the UAE pledged to become the first Gulf nation and only the third Arab state, after Egypt and Jordan, to normalise its ties with Israel.

They also came just days after Serbia said it would transfer its embassy from Tel Aviv to Jerusalem, becoming the first European country to follow the US in making the move.

Palestinian officials slammed Serbia’s decision, warning that the so-called peace plan does not serve peace in the Middle East.

“Palestine has become a victim of the electoral ambitions of President Trump, whose team would take any action, no matter how destructive for peace… to achieve his re-election,” Saeb Erekat, the secretary-general of the Palestine Liberation Organization, said in a tweet.

Palestine’s ambassador to Belgrade has also condemned the decision, warning that it would strain relations between Serbia and Palestinians.

Meanwhile, a US official on Tuesday revealed Israel and the United Arab Emirates will sign the US-brokered agreement normalising their relations at the White House on September 15.

The establishment of diplomatic relations between the Jewish state and US allies in the Middle East, including the oil-rich Gulf monarchies, is central to US President Donald Trump’s regional strategy to contain Iran, also an arch-foe of Israel.

The landmark deal between Israel and the UAE was reached last month – a bombshell announced by Trump himself.

Senior delegations from both countries will be present, and Israeli Prime Minister Benjamin Netanyahu is “likely” to lead the contingent from the Jewish state, the official said.

‘Why I didn’t report it’: Saudi women use social media to recount harassment