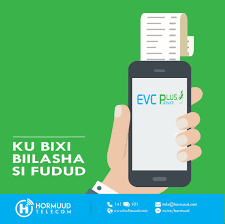 By granting Hormuud the licence, EVC Plus will now be subject to central bank regulation, which should boost confidence in the country’s mobile money system, the governor of the monetary authority said in a statement.

“In formalising our existing digital payments infrastructure, we are accelerating the integration of Somalia’s financial system into the global economy,” Abdirahman Mohamed Abdullahi said.
More than two-thirds of all payments made in Somalia are via mobile money platforms, according to Hormuud Telecom, and the licence will help Somalia move towards becoming a cashless economy and tackle widespread counterfeiting.
“The news today cements what we’ve known for a long time, that Somalia is moving towards being the world’s first truly cashless economy,” said Ahmed Mohamud Yuusuf, Hormuud Telecom’s chief executive
Approximately 155 mobile money million transactions, worth $2.7 billion, are recorded in Somalia per month, according to a 2018 World Bank report.
“Mobile money has superseded the use of cash in Somalia, with over 70% of adult Somalis using mobile money services regularly,” the bank said at the time.

Somalia has been unstable since a civil war broke out in 1991 but the fragile internationally-backed government has been trying to rebuild its institutions and rejoin the global financial system, despite a relentless Islamist insurgency.