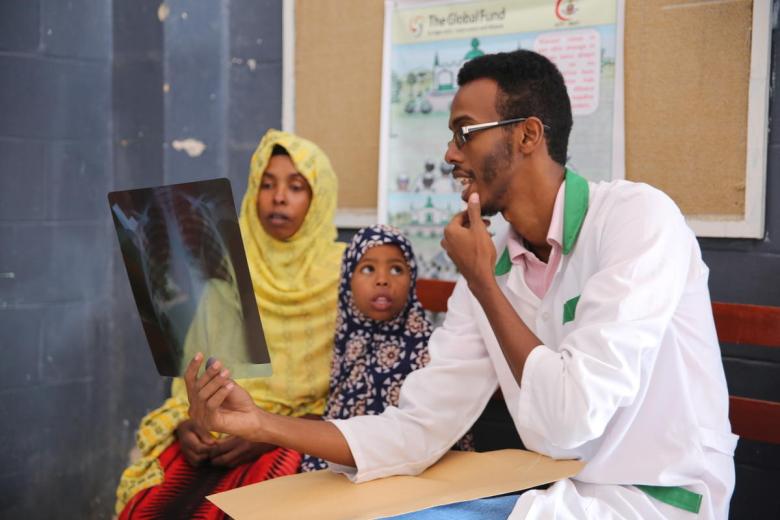 By Muluken Melese and Andre Zagorski

Tuberculosis (TB) is a curable disease. Yet deaths are up – for the first time in a decade – despite cases being down.

Why? Because the coronavirus threw a spanner in the works.

The World Health Organisation (WHO) reports that in 2020 the number of TB deaths reached levels last seen in 2017 despite the number of cases falling by 1.3-million between 2019 and 2020. This, they say, means that the world is unlikely to reach its targets of reducing TB infections by 20% or ending TB deaths by 2030.

The situation is yet more collateral damage from a pandemic we were unprepared for, seeing countries enforcing strict lockdowns and healthcare resources being diverted from established public healthcare programmes to urgently fight a new disease, which left many people unable to access TB testing or treatment.

Because of this, the WHO forecasts that we will see more people being diagnosed with TB and dying in the next year. And low- and middle-income countries will most probably be hit hardest, not only because they suffer the highest disease burden but also because of the unequal economic fallout from the pandemic.

The World Bank estimates the pandemic has pushed 97-million more people into extreme poverty – that means they live on less than R28 a day – than was expected before COVID. Economies in poorer countries will take longer to bounce back to pre-COVID levels than those of developed countries, the World Bank says, because wealthier states are expected to recuperate losses sooner.

But the news is not all bad — the COVID pandemic has also taught us valuable lessons.

Here are three things we can take from dealing with COVID to help us tackle TB.

1. Use measures that worked for other airway diseases

Although the germs causing TB and COVID-19 are different, their spread can be curbed in the same way. That’s because both TB and COVID-19 affect your respiratory system – in other words, your airways and lungs – and both spread easily in crowded settings when people cough or sneeze.

Public health statistics show that airway infections such as flu and pneumonia dropped dramatically in the first year of the pandemic. For example, in the United States labs saw about 100 times fewer cases of flu between September 2020 and May 2021 – the months typically regarded as flu season in the northern hemisphere – than the average over the four years before COVID.

And in South Africa, the National Institute for Communicable Diseases reported almost no cases of respiratory syncytial virus (RSV) infections, the main cause of bronchiolitis (inflammation of the small airways) and pneumonia in children under one year old, in the 2020 season. Similar patterns were also seen in other countries.

Scientists think these trends are because non-pharmaceutical interventions (NPIs) – things like wearing a face mask, handwashing and social distancing – helped to curb the spread of diseases. What’s more, a study from South Korea, a country which did not enforce a strict lockdown early in the pandemic but was big on wearing masks, showed that the spread of respiratory infections could be thwarted significantly by NPIs.

Although the powerful effect of fairly cheap interventions and getting people to change their behaviour may be good news for the fight against TB, it doesn’t mean we can sit back and relax. Like forecasts for RSV infections in children in South Africa show, COVID (and our response to it) did not wipe out respiratory diseases; it merely damped down cases in the short term. For a disease like TB, in which symptoms typically develop weeks to months after someone has been infected, low numbers now can create a false sense of security. It would be wise to use the brief respite COVID brought us to prepare for when cases flare up again. Because they will.

When diagnosed with TB, patients have to wear a mask until they’ve been on medication long enough to not be infectious anymore. This is because masks prevent people from expelling TB-causing germs into the air.

The advice has been out there for years already, but people were reluctant to take it up. Because, as Bhekisisa previously reported, before the COVID pandemic, wearing a mask was seen as signalling that someone has TB. Such stigma meant that people resisted getting tested for TB or taking up treatment, which in turn hindered efforts to control the disease.

COVID has changed that. We’ve grown used to seeing people wearing face masks over the past two years. Now, instead of masks being a symbol of illness, they’ve become a sign of solidarity to combat a common threat to many.

This can be good news for reducing the spread of TB in an affordable way. Research published in the American Journal of Respiratory Care and Critical Medicine in 2012 showed wearing a face mask can reduce the spread of multidrug-resistant (MDR) TB by up to 56%. MDR TB is a form of the disease for which commonly used TB drugs don’t work, making it difficult – and expensive – to treat.

The COVID pandemic has shown us how important testing is. Testing positive meant people could isolate themselves while they were infectious and so limit the number of people who they could potentially spread the SARS-CoV-2 virus to. Similarly, contact tracing – at least in the early stages of the pandemic – was seen as a way to contain the spread of the virus because people who might unknowingly have contracted COVID from a positive contact could be alerted early.

In the same way, catching TB early can go a long way to curbing the disease. Because TB has a long incubation period – the time from becoming infected to developing symptoms – many people can be exposed to the germs by someone who doesn’t know they’re infected. In addition, TB is an opportunistic infection, which means it’s a disease that develops mostly in people with weak immune systems. So TB can idly be hiding in your body while you’re healthy, but if your immune system is weakened it can flare up or develop into a serious condition.

People infected with HIV are especially vulnerable to developing TB. In fact, the WHO estimated that in 2017, about a third of people infected with HIV globally developed TB. Almost 70% of people with HIV/TB co-infection live in Sub-Saharan Africa. So testing for them together makes a lot of sense. We’ve seen good results from running combined HIV/TB services at 41 treatment centres in five states in Nigeria. And in Uganda, a “one-stop shop” for maternal health/HIV/TB services boosted the number of cases detected and treated.

Piggy-backing on existing facilities and expertise to deal with one disease can go a long way to handling another. For example, in South Africa systems developed earlier to monitor HIV patients’ viral load (the amount of virus in the body) meant laboratories could quickly put PCR testing (the gold standard for COVID testing) in place, because the know-how was already established.

Muluken Melese is a senior technical advisor for TB, HIV and AIDS with Management Sciences for Health, a nonprofit global health organisation, and a medical doctor and public health professional with more than three decades of clinical, project management, and research experience.

Andre Zagorski is a senior principal technical advisor with Management Sciences for Health and has over 25 years of global TB, infectious diseases, and essential medicines project management experience in Europe, Asia, and Africa.