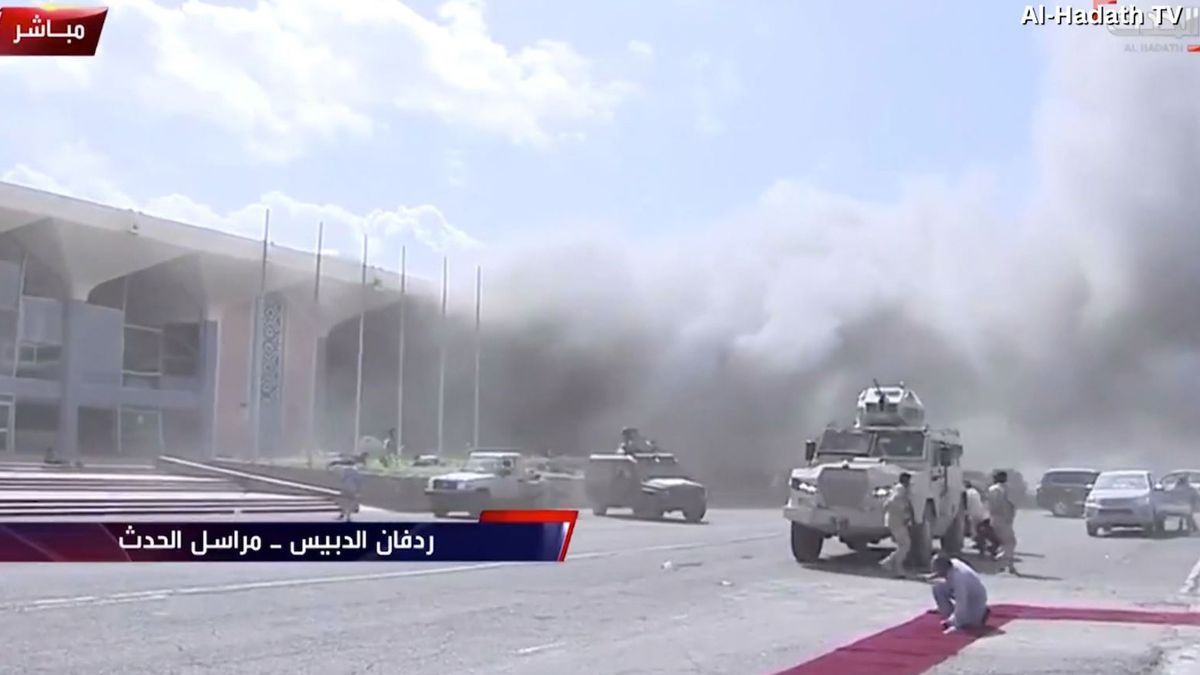 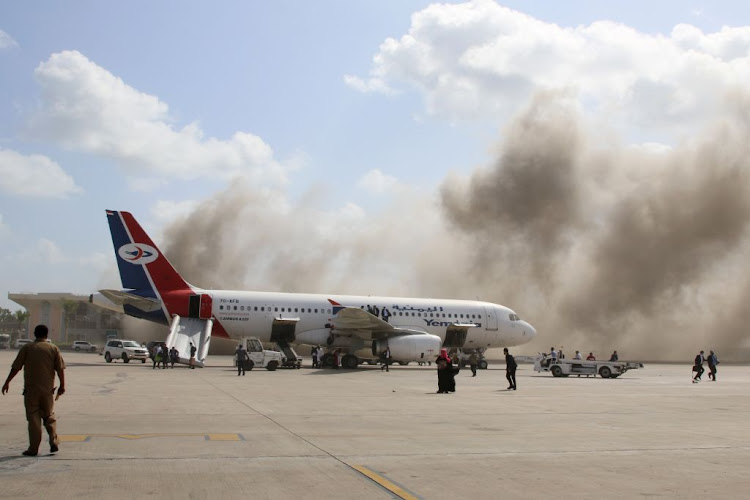 Dust rises after explosions hit Aden airport, upon the arrival of the newly-formed Yemeni government in Aden, Yemen, on December 30 2020.
Image: REUTERS/Fawaz Salman

At least five people were killed and dozens more wounded in an attack on Aden airport, shortly after a plane carrying a newly formed government for Yemen arrived from Saudi Arabia on Wednesday, a local security source told Reuters.

Loud blasts and gunfire were heard at the airport shortly after the plane arrived, witnesses said.

The cabinet members including Prime Minister Maeen Abdulmalik, as well as Saudi ambassador to Yemen Mohammed Said al-Jaber, were transferred safely to the city’s presidential palace, the witnesses and Saudi media said.

The newly formed cabinet unites the government of President Abd-Rabbu Mansour Hadi with southern separatists. The two groups are the main Yemeni factions in a southern-based, Saudi-backed alliance, fighting against the Iran-aligned Houthi movement that controls the north.

The southern port city of Aden has been mired in violence because of a rift between the separatists and Hadi’s government. The separatist Southern Transitional Council (STC), which seeks independence for south Yemen, declared self rule in Aden earlier this year, triggering violent clashes and complicating UN efforts to forge a permanent ceasefire in the overall conflict.

The Saudi-led coalition announced earlier this month the new power-sharing cabinet that would include the separatists.

The cabinet landed from Riyadh where both parties negotiated for more than a year with Saudi mediation.