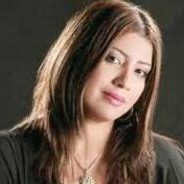 Kuwaiti singer Basma Al-Kuwaiti posted a video on Twitter where she announced that she had left Islam and was now Jewish.

A Kuwaiti singer sparked outrage after she announced she had converted from Islam to Judaism.

Ibtisam Hamid, better known as Basma Al-Kuwaiti, posted a video on her social media page claiming she had left Islam and converted to Judaism, a religion which she says is more tolerant of women’s rights.

“I am Ibtisam Hamid, also known as Kuwaiti singer Basma Al-Kuwaiti. I declare my apostasy from Islam,” Al-Kuwaiti said in a video that has since gone viral.

“Islam is a religion of terror and a religion of hypocrisy, which despises women, oppresses and violates them, and does not give them their full rights and I am proud to say I am Jewish.”

“I also declare my opposition to – and not belonging to – the Al-Sabah family, which rejects normalisation, freedom of religion and freedom of opinion. I show neither loyalty nor affiliation to them,” she said.

In 2018, Al-Kuwaiti said that music is forbidden according to Islam and sought God’s guidance on the issue.

She has also claimed to have once been among the top ten secondary school students at a competition in Kuwait for memorising the Holy Quran.

Local news outlet Jaridatcom quoted a security source as saying that Al-Kuwaiti is a Kuwaiti, of Iraqi nationality.

She was born in Kuwait and her mother is allegedly Kuwaiti, but was unable to pass her nationality to Basma due to legal restrictions in the Gulf state that prevent women from doing this.

The source added that Basma Al-Kuwaiti no longer lives in Kuwait and left the country a short time ago.

She had previously requested Kuwaiti citizenship but was not granted it with some outlets claims she has Ethiopian nationality.

Al-Kuwaiti was accused of converting to Judaism as a publicity stunt following the controversy surrounding Kuwaiti broadcaster Muhammad Al-Mu’min’s announcement last month that he was now a Christian.

However, Al-Kuwaiti garnered some support on Twitter using a hashtag of her name with people saying she has every right to choose her religion.