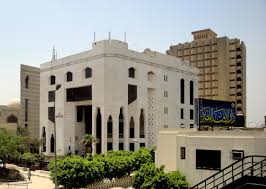 Al-Azhar announced its opposition to a bill aimed at regulating Egypt’s Dar Al-Iftaa, stressing that it “violates its autonomy”.

Local media in Egypt reported on Saturday the text of Al-Azhar’s statement addressed to the Speaker of Parliament, Ali Abdel-Al, which included the opinion of Al-Azhar’s Council of Senior Researchers on a draft law regulating Dar Al-Iftaa.

Al-Azhar stated that the articles of this draft violate the Egyptian constitution and affect the independence of Al-Azhar and its affiliated bodies, namely the Council of Senior Researchers, Al-Azhar University and the Islamic Research Academy.

It explained that the Egyptian Constitution stipulates that Al-Azhar is the main reference in all legal matters, including Fatwa (advisory).

It continued: “All advisory bodies in Egypt throughout the Ottoman era were in the hands of Al-Azhar scholars, the most famous of which was the advisory of the Sultanate, Cairo and the districts.”

It explained that the bill included an abuse of the competence and autonomy of Al-Azhar’s Senior Researchers’ Council.

The bill seeks to reorganise everything to do with the mufti in terms of: his professional status, appointment and selection procedures, duration of his mandate, renewal, powers and authority, and the person who acts on his behalf in generally managing the affairs of Dar Al-Iftaa when necessary.