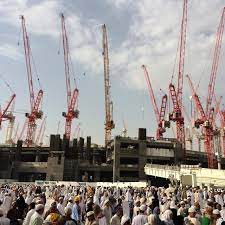 Saudi Arabia’s uber-wealthy Bin Laden family survived the fallout from the September 11, 2001 attacks in the US, but their fortunes nose-dived with the meteoric ascent of Crown Prince Mohammed bin Salman.

A decade after the killing of 9/11 mastermind Osama bin Laden, disowned and labelled the “black sheep” of the family, the construction empire founded by his father is saddled with crushing debt.

The state has taken management control of the Bin Laden Group, Saudi Arabia’s biggest construction company and branded by some as the kingdom’s Rockefellers for their vast infrastructure projects, after they were snared in an anti-corruption purge widely seen as a shakedown.

The reversal of their fortunes is closely tied to Shakespearean power struggles and an economic overhaul in the petro-state, as it prepares for a post-oil era under de facto ruler Prince Mohammed, known as MBS.

Former company chairman Bakr bin Laden, Osama’s half-brother who is in his 70s, remains in detention since a November 2017 purge that saw royals, tycoons and government ministers locked up in Riyadh’s palatial Ritz-Carlton hotel, two sources close to the family told AFP.

Two other brothers, Saad and Saleh, were also held but subsequently freed, initially being made to wear ankle bracelets to track their movements, the sources added.

An official document seen by AFP shows the government acquired the three brothers’ collective 36.2 percent stake in the company.

The government has not publicly disclosed specific charges, and the sources say the reclusive family denies any wrongdoing.

“The bin Ladens survived 9/11, but they could not survive MBS,” one of the sources told AFP.

“You’d think it would have been the other way round.”

The company he founded in 1931 blossomed into a multi-billion dollar empire through lucrative state contracts to build palaces, universities, highways and mosques.

The family came under international scrutiny after the September 2001 attacks.

But they disowned Osama in 1994 and remained untouched by the Saudi state, which sought to cast the Al-Qaeda founder as an aberration.

So entwined was the company with Saudi rulers that Bakr maintained a workspace within the royal court and served as an “ATM” for royal family members who beseeched him for handouts, one of the sources said.

A large wall in the main parlour of Bakr’s seaside villa in Jeddah city is covered with portraits of the kingdom’s founder Abdulaziz and his sons, a “symbolic display of loyalty”, the source said.

“Since the days of King Abdulaziz, my grandfather, Mohammed bin Laden, and my uncles helped build the kingdom and served consecutive kings, as the go-to contractors, with unquestionable loyalty and gratitude,” a third-generation bin Laden said in a statement to AFP.

“That special relationship came to an end with MBS.”

Fortunes began to decline after King Salman, MBS’s father, inherited the throne in 2015.

A Bin Laden construction crane crashed in Mecca’s Grand Mosque on September 11 that year, killing more than 100 people, resulting in the firm being banned from new projects for several months.

The company also felt the squeeze of a drop in oil prices since 2014, which reduced government income and caused payment delays, the family sources said.

But most damaging was the 2017 crackdown.

Supporters of MBS say the crackdown was necessary “shock therapy” to jolt the elite out of corrupt habits in an age of austerity.

“They (bin Ladens) were corrupt like many others were. They were not shot… but put in the Ritz for a few months and allowed to make settlements,” a source close to the Saudi royal court told AFP.

But despite surrendering billions in assets and shares, Bakr remains in detention in an unknown location, family sources said.

He still holds “significant assets” outside the kingdom, and his associates harbour damning secrets about payouts to royal family members, one of the sources said.

The three bin Laden brothers were not reachable and the government did not respond to AFP’s request for comment.

Another source of acrimony is the family’s closeness to former crown prince Mohammed bin Nayef, who was ousted by MBS, and his confidante Saad Aljabri, a former intelligence official who fled to Canada.

One of Aljabri’s sons is married to Saad bin Laden’s daughter.

“The past five years have been really tough on every family member,” the third-generation bin Laden said.

“All we want is to fully turn the page, have my uncle Bakr released, and go back to doing what we do better than anyone else — build the kingdom.”