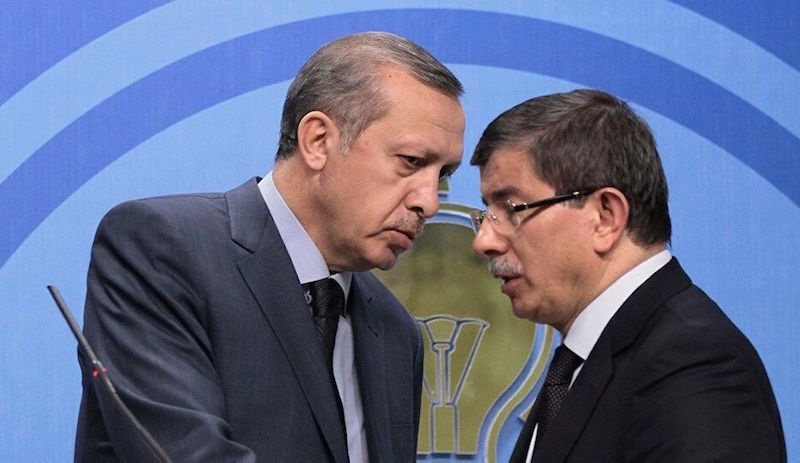 Future Party Chair Ahmet Davutoğlu, a former Foreign Minister and Prime Minister from the ruling AKP, has called on President and AKP Chair Erdoğan to “get on TV together and discuss whatever issue he wants to discuss.”

Having resigned from the ruling Justice and Development Party (AKP) around a year ago, Davutoğlu previously served several senior positions in AKP governments, such as Foreign Ministry and Prime Ministry. On December 13, 2019, he announced that he founded the Future Party.

Since then, Davutoğlu has been a sharp critic of AKP’s policies, especially President and AKP Chair Erdoğan himself.

In yesterday’s congress, Davutoğlu criticized how the government has been managing the novel coronavirus (COVID-19) outbreak:

“Ahead of September 21, we reiterate this so that it will also be heard by deaf ears. In our opinion, the strategy for reopening schools must be this: A concrete criteria must be set based on the case type and it needs to be determined whether schools will reopen or not with this criteria in mind.”

As reported by Gazete Duvar news website, Davutoğlu also called on President Erdoğan to “get on whatever TV channel he wants together and talk about whatever issue Erdoğan wants to discuss.”

“They can put whomever they want against us, we will make our own people get on TV,” Davutoğlu said and added, “If AK Party Chair and Mr. President wants to have a debate with us, we are ready for this as well.”

‘They put a media embargo on us’

Other highlights from his speech were as follows:

“I am calling out to those who think that they can stop us with media embargos or by ignoring us as a tactic: We will make our voices heard by our nation by breaking down these embargos one by one.

“Patients who have tested positive for the virus go home with a minibus. Patients are bouncing around. Working selflessly, health workers are now on the verge of burnout. Medical system signals collapse.

“Those who have made the credit rating of the country drop below its level of 25 years ago… Can they shamelessly argue that they follow a ‘local and national’ policy? In the very next election, you will answer to the nation for having brought the country’s economy to such levels.

“Broad unemployment rates have hit 30 percent. Foreign currency rates are breaking records over records. Inflation rate, which is 0 percent in Germany, has topped 13 percent even according to the Turkish Statistical Institute (TurkStat). But Mr. President and the Minister of Treasury and Finance, who sits in his seat thanks to the former’s nepotism, look quite at ease.

‘We will talk about our alternatives to wrong policies’

“Almost one third of our young people are neither in education nor in employment. Our youth have lost all hope, they are trying to go abroad. Our economy which has ‘reared up” in the President’s terms and ‘strengthened’ in his son-in-law and finance minister’s term…

“They are imposing a media embargo on us. They know that if we speak for three days, they will be unable to breathe for three months. This is our call to Mr. President: Let’s talk about whatever issue he wants to discuss on whichever TV he wants to get on. We will give an answer for all accusations and talk about alternatives to his wrong policies.” (RT/SD)