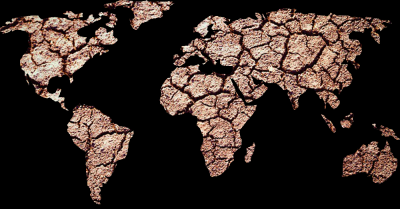 Unless taxpayers in wealthy countries foot the bill, it could well be so

“Friends of the Earth warn that we have lost precious time in the race to bring climate change under control.” “The UN secretary-general expresses disappointment with the inconclusive outcome of the climate change conference.” “The South criticizes the North for failing to keep its promises on climate change.” “The agreement was weak, even if we meet each goal, we will not get to where we need to be.”

These are not reactions to COP26, the recent climate conference in Glasgow. No, these are some of the headlines that appeared after COP meetings in Buenos Aires in 1998, in The Hague in 2000, in Lima in 2014 and in Paris in 2015. Activist Greta Thunberg’s opinion on Glasgow echoed them: “It is no secret that COP26 is a failure. It should be obvious that we cannot solve the crisis with the same methods that got us into it in the first place.”

Why is it that despite the overwhelming consensus for the need to act urgently to protect human life on our planet, we are still unable to muster the necessary changes?

The results of every one of the 26 climate change conferences held over these 26 years have been disappointing. Yes, in Kyoto, in 2005, developed countries set out goals to reduce emissions, and in Paris, in 2015, they agreed to do what it takes to keep the average temperature from rising more than 1.5 degrees Celsius. But most of the promises have not been kept. In fact, things aren’t getting better, they are getting worse: since the first conference, carbon emissions have increased by 60%.

Since the first climate change conference, carbon emissions have increased by 60%

Naturally, this frustrating track record left expectations for Glasgow at rock bottom. Nonetheless, the meeting produced three important decisions: the United States announced that it would double its budget to tackle climate change; China pledged to cease construction of coal-fired energy plants in other countries, and more than 100 countries committed to reducing their methane gas emissions by 30% by 2030. But, as the UN Secretary-General António Guterres observed, the Glasgow conference was “an important but insufficient step” which “reflects the interests, contradictions and the state of political will in the world.”

Why is there this inaction in the face of such an obvious threat? One important factor is the lack of political will, which, in turn, is due to the unpopularity of measures that increase the cost of energy and other products. Another difficulty is deciding which countries should start a strict diet that limits their consumption of hydrocarbons while others maintain or even increase theirs. And, of course, there’s the thorny matter of deciding which nations should finance the enormous investments necessary to mitigate the impacts of climate change and adapt to the new reality. The list of obstacles is long and overwhelming.

Many of these impediments can only be overcome with a massive global production of “public goods.” These are items that can be consumed by any person or entity, even if they did not pay their share of the cost of producing or using them. The classic example is a lighthouse that helps ships navigate safely at night. Ships that have not paid for its construction still benefit from it like all the others. Another characteristic of a public good is that it can be consumed by multiple people or organizations at the same time. The fact that someone is consuming the services of the lighthouse does not prevent other ships from doing so as well. But no private party would invest in a good that anyone can use without paying. This is why the provision of public goods falls fundamentally on the state; it is the one entity with the capacity and the incentives to finance public goods through tax revenue.

This is the central problem facing humanity in its battle to control climate change, since the bulk of the investments necessary to achieve the objective will have to come from taxpayers in rich countries. Will the most developed nations be able to put their financial power behind building public goods across the planet – and not just in their own territories – in order to maintain a climate that sustains human life as we know it?

The survival of civilization as we know it depends on the answer to that question.