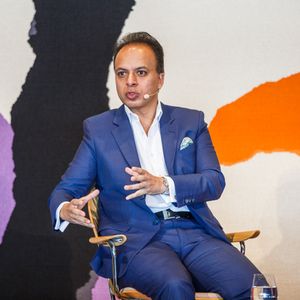 When Benjamin Netanyahu visited Oman in 2018 in a gesture of goodwill to Israel’s neighbours, the welcome was not universal. For an Israeli Prime Minister to be warmly greeted in a proud Arab state was, for some, far too much. The Omani foreign minister, Yusuf bin Alawi bin Abdullah, was asked on Al Jazeera why the visit had been allowed. The reply went viral: ‘Why not? Is it forbidden to us? Israel is a nation among the nations of the Middle East. We should embark on a new journey for the future.’

A new narrative is emerging in the Middle East. New maps of the Muslim mind are being drawn and old hatreds are on the run. The anti-Semitic craze to destroy Israel was powerful in the 1960s, uniting Egypt’s President Nasser with his fellow Arabs. But now, Sunni Arab neighbours are changing course. Islamist leaders are losing their appeal — at a time when Iran, with its brand of theological fascism, poses a threat to Israel and the Arab world alike.

Polls show that the percentage of Arabs expressing trust in Islamist parties has fallen by well over a third since the uprisings of 2011. Three-quarters of Iraqis say they do not trust Islamist parties at all, and the number of young people who say they’re ‘not religious’ is also on the rise. This generation wants Arab leaders to increase economic prosperity and minimise political conflicts. And to build alliances, including with Israel.

This has been the ‘Year of Tolerance’ in the United Arab Emirates. In February, an open-air mass for 170,000 Catholics was celebrated by Pope Francis, the first pontiff to visit the Arabian peninsula. To commemorate the Pope’s visit, the Crown Prince of Abu Dhabi, Mohammed bin Zayed, announced the construction in the UAE capital of the Abrahamic Family House: a synagogue, a church and a mosque within a single complex, a hub for highlighting history and a symbol of hope for a new future of co-existence.

In Dubai, Jews have been worshipping at a synagogue for several years now. Rabbis from Israel, America, Australia and Europe have been attending annual international Muslim peace conferences held in Abu Dhabi by Abdullah bin Bayyah, a renowned Muslim theologian, for two years. In full rabbi dress.

King Hamad of Bahrain has also led a path towards more open relations between Islam and Judaism. In 2016 he celebrated Hanukkah with orthodox Jews from New York, his courtiers singing and dancing. The scenes were striking: Jews with hats and beards, Muslims with keffiyeh and robes, joining together in songs of peace. This groundbreaking gesture elicited condemnation from Iran-backed Hamas, but favourable comments erupted on social media. In return, Bahraini peace delegations have visited Israel.

There have even been signs of a religious glasnost in Saudi Arabia. The Mecca-based Muslim World League, which for five decades promoted hard-line Wahhabism, has started meetings with various Jewish organisations. Several Saudi bloggers, YouTubers and Twitter personalities have been praising Israel in Arabic. Mohamed Saud, a social media activist, visited Israel in July and spoke in fluent Hebrew that he learned in Riyadh. This infuriated Palestinian radicals, who encouraged children to pelt him with stones — as if furious that their old world, with its politicised hatred, is fading.

I’ve noticed a change of mood on my own travels. I regularly meet Egyptians and others who desperately want to normalise relations with Israel and they offer three reasons. First, the events of the Arab Spring exposed the fanaticism of the Muslim Brotherhood and other related Islamists, with the hardliners now being viewed as a threat to both Islam as a faith and Muslims as a people. Isis and other ‘Islamic states’ are, of course, the logical outcome of Islamism. Now that this creed has been tested to destruction, it is being seen for what it is — and rejected.

Second, the need to stand firm against Iran is becoming a cause that unites Israel with Sunni Arabs and anti-Tehran Shiite Muslims in Iraq, Syria and Lebanon. It’s well-known that mullahs in Tehran support Hezbollah, which is dedicated to destroying Israel. But they also meddle in Bahrain, Saudi Arabia, Iraq, Lebanon, Syria and Yemen. So against this menace of Shiite political Islamism, committed to destroying Muslim secular governments and exporting Shiite revolutionary ideology, Israel is coming to be regarded as a benign neighbour.

Finally, and most intriguingly, Israel is being seen by moderate Arab governments as a trade and security partner as the West sends mixed signals. Barack Obama abandoned his Arab allies when they faced threats from the Muslim Brotherhood or Iran. He deserted Egypt’s President Hosni Mubarak — to the horror of the Saudis and Emiratis — and cheered on the popular uprising in Syria. When America signed the nuclear agreement with Iran towards the end of the Obama presidency, Israel and its Arab neighbours were united in uproar. This lesson in unreliability has not been forgotten. As one Arab prince said recently at a private meeting: ‘Who else will fly in joint missions against Iranian targets with us?’

For his part, Netanyahu is optimistic. ‘What is happening in practice with Arab states has never happened in our history, even when we signed peace agreements,’ he has said. Of course, there is a lot of history to overcome. For 70 years the Arab world was driven by an anti-Semitic ideological craze to wipe out Israel. But before that came a far-longer history of co-existence and respect. The people of Israel are honoured repeatedly in the Quran, which confirms that Jews have every right to settle in and around Jerusalem. It was Omar, a friend of the prophet, who invited Jews back into Jerusalem in 637 after five centuries of being banished by the Romans.

There are enough historical and scriptural narratives of Muslim-Jewish fraternity to form the basis for rapprochement. The enmity has, historically, been a recent blip. With an assertive Iran and an uninterested West, the Arabs and Jews have a shared interest in building a lasting alliance with each other. This may yet be the decade of peace.