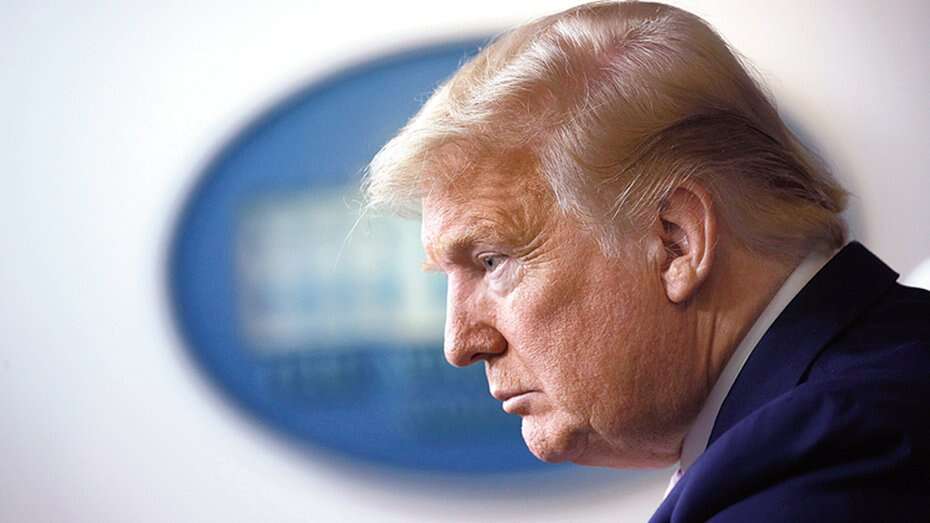 Trump at the coronavirus task force briefing at the White House on Saturday. (AP)

By Reuters in Washington

The US enters one of the most critical weeks so far in the coronavirus crisis with the death toll exploding in New York, Michigan and Louisiana and some governors calling for a national order to stay at home.

Bodies of victims of Covid-19, the flu-like respiratory disease caused by the coronavirus, were stacked in bright orange bags inside a makeshift morgue outside the Wyckoff Heights Medical Center in Brooklyn, according to photos provided to Reuters.

New York governor Andrew Cuomo said new hospitalisations had fallen by 50 per cent and, for the first time in at least a week, deaths had fallen slightly from the prior day, when they rose by 630.

But he cautioned that it was not yet clear whether the crisis in the state was reaching a plateau.

“The coronavirus is truly vicious and effective at what the virus does,” Cuomo told a daily briefing. “It’s an effective killer.”

US surgeon General Jerome Adams warned on Fox News Sunday that hard times were ahead but “there is a light at the end of the tunnel if everyone does their part for the next 30 days”.

Places such as Pennsylvania, Colorado and Washington are starting to see rising deaths. The White House coronavirus task force warned this is not the time to go to the grocery store or other public places.

Most states have ordered residents to stay home except for essential trips to slow the spread of the virus in the US where over 321,000 people have tested positive and more than 9,100 have died, according to a Reuters tally.

However, a few churches were holding large gatherings on Palm Sunday, the beginning of Holy Week in Christian churches.

“We’re defying the rules because the commandment of God is to spread the Gospel,” said Tony Spell, pastor at the Life Tabernacle mega church in a suburb of Baton Rouge, Louisiana. He has defied state orders against assembling in large groups and has already been hit with six misdemeanors.

Louisiana has become a hot spot for the virus, on Saturday reporting a jump in deaths to 409 and more than 12,000 cases.

Governor John Bel Edwards told the CNN on Sunday that the state could run out of ventilators by Thursday.

White House medical experts have forecast that between 100,000 to 240,000 Americans could be killed in the pandemic, even if sweeping orders to stay home are followed.

President Donald Trump warned on Saturday that there were “very horrendous” days ahead.

Still, Wisconsin’s Republican-controlled legislature decided to hold in-person voting for its presidential primary on Tuesday, when Democratic-led Colorado will also go ahead with local elections.

Washington state governor Jay Inslee, a Democrat, whose state recorded the country’s first confirmed Covid-19 infection but has since seen cases flatten after early action to shutter activity, said if other states do not also impose strict measures, the virus will simply circulate.

“It would be good to have a national stay-at-home order,” he told NBC News’ “Meet the Press” programme. “Even if Washington gets on top of this fully, if another state doesn’t, it could come back and come across our borders two months from now.”w