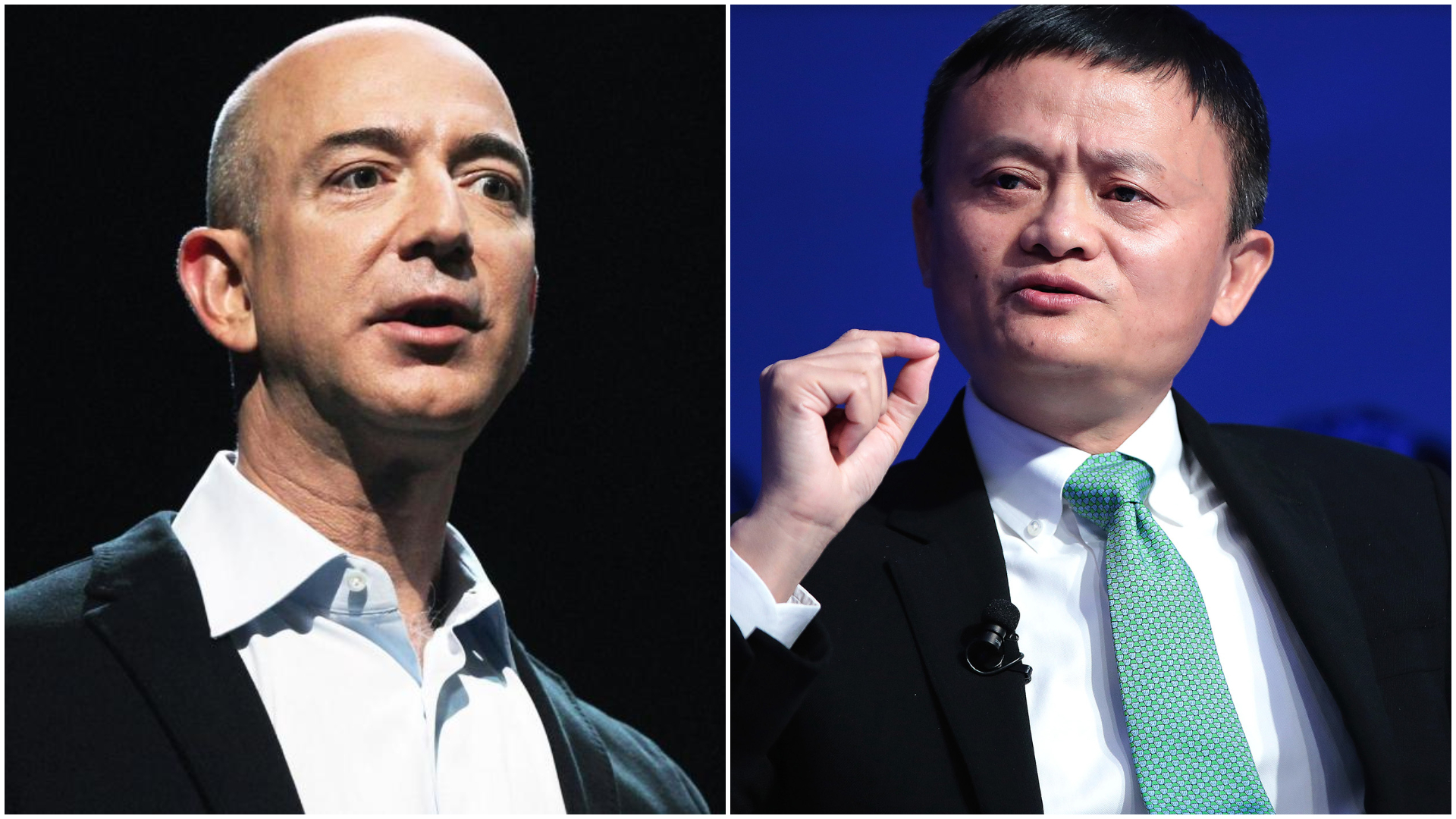 Is Amazon the next anti-trust target after Alibaba?

While Chinese regulators prepare anti-monopoly measures against Internet giant Alibaba, the US House Judiciary Committee made nearly-identical accusations against Amazon.com, the dominant US online retailer and the world’s e-commerce pioneer. Both companies used their dominant market share to force merchants into exclusive deals that shut out competitors, regulators allege.

It’s not often that Chinese and American regulators attack the same problem in the same way, but the economics of Internet retailing raises the same problem in both countries. There’s a fuzzy line between what economists call “natural monopolies” due to the network effect, which gives a major player like Amazon, Facebook or Google huge advantages, and the predatory exercise of monopoly powers to crush competitors. Tech industry regulators around the world find themselves in the same boat, despite radical differences in regulatory systems.

The ebullient Mr. Ma dismissed the Chinese state banks as “pawn shops,” to the annoyance of Chinese authorities. Wang had urged caution on the part of Chinese regulators, declaring, “We must insist that financial services serve the real economy, we must persist in preventing and dissolving financial risks, we must adhere to both financial innovation and strengthening supervision.”

But whatever the personality or political issues may have been, the underlying economic problem in China is the same as the one that US and European regulators are trying to address.

“Amazon’s pattern of exploiting sellers, enabled by its market dominance, raises serious competition concerns,” the House Committee claimed in an October 2020 report. The House allegations closely resemble the concerns of Chinese regulators, who have focused on Alibaba’s policy of forcing merchants to use its platform exclusively, among other alleged abuses, including  selling below cost to crush rivals.

The House Judiciary report claims that Amazon used subtler but insidious means of extracting excessive fees from merchants who use its platform: “In 2018, third-party sellers paid Amazon $39.7 billion in fees, which totaled about 25% of Amazon’s $160 billion in Gross Merchandise Volume. This amount includes commissions, fulfillment and shipping fees, and other third-party seller services, but does not include revenue from the advertising fees for third-party sellers, which are often substantial. An internal Amazon document suggests the company can increase fees to third-party sellers without concern for them switching to another marketplace.”

Monopoly abuse of customer data is another concern of Chinese regulators, who have warned that the big Internet firms can use their customers’ data for proprietary modeling and create obstacles for new market entrants.

Amazon also faces allegations that it has misused customer data. A Wall Street Journal investigation earlier this year claimed that “Amazon.com Inc. employees have used data about independent sellers on the company’s platform to develop competing products, a practice at odds with the company’s stated policies. The online retailing giant has long asserted, including to Congress, that when it makes and sells its own products, it doesn’t use information it collects from the site’s individual third-party sellers – data those sellers view as proprietary. Yet interviews with more than 20 former employees of Amazon’s private-label business and documents reviewed by The Wall Street Journal revealed that employees did just that. Such information can help Amazon decide how to price an item, which features to copy, or whether to enter a product segment based on its earning potential, according to people familiar with the practice, including a current employee and some former employees who participated in it.”

Another concern on the part of Chinese authorities is the increase of financial system leverage created by micro-lenders like Ant Financial, which has rapidly built up a $300 billion loan book. At present Ant borrows from state banks and relends the funds to small businesses and individuals, using a proprietary Big Data algorithm to determine creditworthiness. It then resells all but 2% of the loans on to secondary investors, retaining very little credit risk. Chinese authorities reportedly want Ant to keep 30% of its loans on its own books. Some Chinese big data analysts question whether Ant Financial’s models are as reliable as the company avers.

The Chinese government wants to reduce risk, in part because China’s debt grew rapidly after the 2009 global recession, and in part because it worries about the stability of the international environment. China has enjoyed record inflows into its securities market as Western central banks ease monetary policy in response to the global COVID recession.

The global environment poses risks for China, wrote Prof. Huang Yiping of Peking University on Dec. 11 in the popular news site guancha.cn: “Internationally, the economic situation of tomorrow is also very uncertain. The epidemic in many major Western countries is still very serious, and it is unknown how it will develop further. Maybe it will last for a year, two years or even longer; maybe the vaccine will be successfully developed soon and will be fully rolled out immediately, the epidemic will be completed over next spring, and the economy will rebound strongly.  It is difficult to determine which possibility will be taken.”

“Even if the epidemic is over,” Prof. Huang added, “we will still have to face the issue of currency oversupply after the economic rebound. Will the Fed and the European Central Bank quickly withdraw from the current quantitative easing policy in the future? Once the European and American central banks return to the normalization of monetary policy, they will often cause a large amount of capital to flow back. This means that we may face new capital outflows and currency devaluation pressures. In this case, we also need to be fully mentally prepared.”

Palestinians’ lack of leadership to blame for current chaos