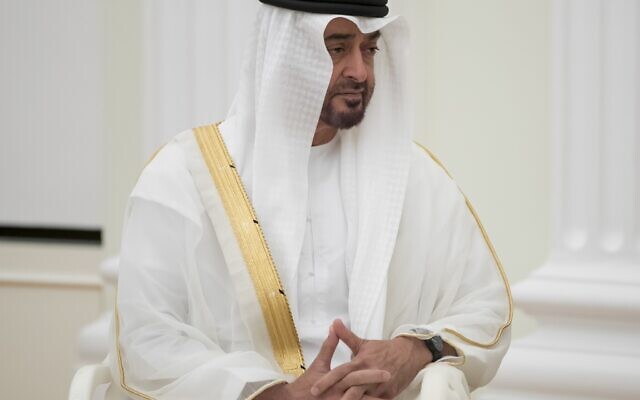 Abu Dhabi’s crown prince and de facto ruler of the UAE, Sheikh Mohammed bin Zayed Al Nahyan, did not attend the White House ceremony this week to establish full diplomatic ties with Israel after he was reportedly angered by Prime Minister Benjamin Netanyahu’s statement that annexation of parts of the West Bank was still on the table, according to a report on Friday.

The Saudi website Elaph reported that an unnamed Israeli official said the crown prince expressed his resentment to Mossad chief Yossi Cohen after Netanyahu insisted that annexation remained a possibility for the future, and as a result sent Foreign Minister Abdullah bin Zayed al-Nahyan to the Washington ceremony.

According to the report, cited by Channel 13 news, the senior official said that the crown prince summoned Cohen to tell him he was disturbed by Netanyahu’s insistence that annexation was delayed rather than cancelled.

Additionally, the report dismissed claims that the UAE insisted that Defense Minister Benny Gantz and Foreign Minister Gabi Ashkenazi were excluded from talks between the two nations, saying Abu Dhabi was clear there would be no interference in Israeli internal politics in this manner. 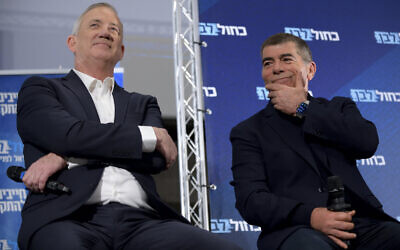 Blue and White chief Benny Gantz and MK Gabi Ashkenazi at an election campaign event ahead of the March elections, in Kfar Saba on Feb 12, 2020. (Gili Yaari / Flash90)

The report said that any impression Netanyahu may have given that the UAE did not wish to work with the Blue and White ministers bore no reflection on reality.

Furthermore, the report said the UAE expects Netanyahu to abide by any commitments made by himself, his emissaries or by the Trump administration, including on controversial arms sales as well as the West Bank annexation.

Media reports have indicated Israel gave either explicit or tacit approval for the sale of F-35 stealth fighters to seal the accord with the UAE, though Netanyahu has repeatedly denied this.

Netanyahu had for months promised to annex large parts of the West Bank as early as July 1, but that plan was suspended as part of the normalization agreement with the UAE, as specified in the countries August 13 joint statement. Trump said last month that the matter has been “taken off the table,” though Netanyahu insists that it remains “on the table.”

Sources with direct knowledge of the matter told The Times of Israel recently that the Trump administration had given the UAE a commitment during normalization negotiations that Washington would not recognize an Israeli annexation of the Jordan Valley and West Bank settlements until 2024 at the earliest.

Netanyahu and the foreign ministers of the UAE and Bahrain signed historic agreements at a ceremony at the White House this week — establishing full diplomatic ties (in the case of the UAE), and declaring an intention to do so (in the case of Bahrain).