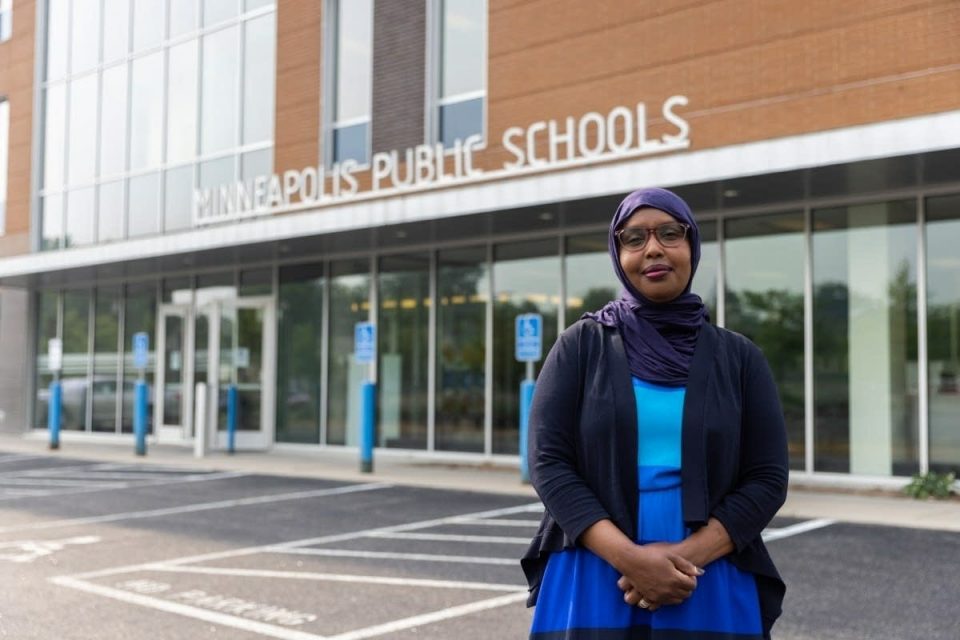 When Farhiya Del arrived in the United States nearly 30 years ago, she felt the pressure to fit in. Beyond learning about a new country, she also struggled to adapt to a new culture and especially a new language.

Farhiya, who was a teenager at the time, had a lot of work ahead of her to strengthen her grasp of the English language. She only understood basic greetings in English.

“I was like a deaf person sitting in a classroom,” Farhiya said.

To fit in, Farhiya did her best to start speaking English as much as possible, including when she came home from work. However, she says, in her rush to learn English, she was also starting to forget something else: Somali.

“I realized, ‘Oh my God. I need my Somali,’ and I realized I was using more English than Somali, and I couldn’t even explain simple things in Somali,” she said. “That’s when I stopped.”

After taking a job that required her to speak Somali, Farhiya ramped up her efforts to remember her native language.

While Farhiya felt compelled to leave Somali behind, she hopes that won’t be the case for other new immigrants from Somalia, especially for the 4,000 children at Minneapolis Public Schools (MPS) who self-identify Somali. To support these students, MPS will launch a Somali Heritage Language Program in select schools on Friday.

The course will be taught multiple times a week, and will include greetings and conversational phrases that students can use in their daily life. The program is meant to follow along with the content students are learning in English. There will also be bilingual sessions once a month where faculty will read stories in Somali to all students, regardless of their background.

Because of the limitation on schools, around 10 percent of Somali students will end up having access to the program, she said. The Multilingual Department considered many factors when choosing schools, including the mission and the existing language programs and options at the schools.

At this point four schools will be involved with the program, all of which have at least 20 percent Somali students, according to Deqa Muhidin, who works in the Multilingual Department, and has been working to design the curriculum over the past year.

One of those schools is Lyndale Community School, where Farhiya works. High school students at South High School and Heritage Academy will be able to take the course as an elective. Elementary school students who have identified themselves as Somali will be automatically enrolled in the program, and can opt out.

According to Farhyia, one benefit of the program is that it will encourage students to use their native languages at schools — something that she says is usually discouraged when teachers do not understand what students are saying.

“A lot of times kids will feel uncomfortable bringing their culture with them, because in schools, you only speak English,” Farhiya said.

Since the program will include all students in some way, both Somali and non-Somali parents alike are excited about the program, according to Farhiya.

“I didn’t fit when I came to this country, and I think a lot of kids when they come to school … they run away from Somali or speaking their home language because they want to catch up with English,” Farhiya said. “They don’t know how important and rich their culture and language is.”