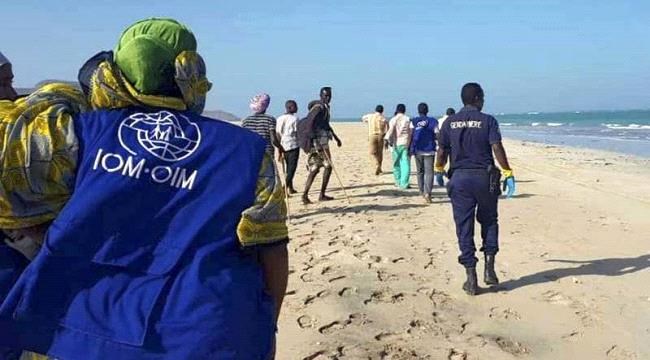 The International Organization for Migration says at least eight migrants have drowned and 12 are missing after smugglers forced them off a boat near the Horn of Africa nation of Djibouti.

The remaining 14 migrants survived and are receiving medical care, a statement said. All were thought to be Ethiopian and making the passage to Djibouti from Yemen — a reversal of the usual migrant voyage to seek work in richer Gulf nations such as Saudi Arabia.

The COVID-19 pandemic and the conflict in Yemen have made the journey to Gulf nations more dangerous, and some migrants have turned back. It is believed this boatload of migrants had failed to reach Saudi Arabia, the IOM statement said.

Witnesses said three smugglers forced the young men and women into the water. “Smugglers are known to exploit migrants on this route in this way, many having to pay or their families having to pay large sums to facilitate travel,” the statement said.

Eight bodies washed up on shore and were buried by authorities in Djibouti.

The IOM said some 2,000 migrants have arrived in Djibouti from Yemen in the past three weeks alone. And yet some migrants are still making the journey to the Gulf, it said.

“This tragedy is a wake-up call,” said IOM spokeswoman Yvonne Ndege, warning that further tragedies could occur as hundreds of migrants are leaving Yemen every day on the precarious voyage by boat across the Bab al-Mandeb strait.

In 2017, up to 50 migrants from Somalia and Ethiopia were “deliberately drowned” when a smuggler forced them into the sea off Yemen’s coast. And in 2018, at least 30 migrants and refugees died when a boat capsized off Yemen, with survivors reporting gunfire.