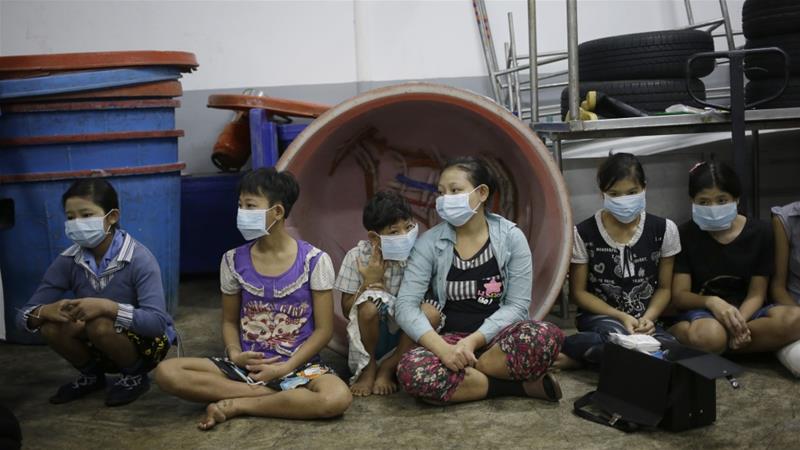 If we want to promote freedom for all, might a universal basic income be a better way forward? 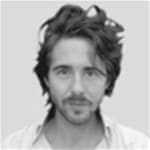 Recent years have seen a huge increase in public, political and media attention focused on “modern slavery”. Widely decried as a contemporary evil that affects all societies, “modern slavery” is understood to be a situation in which a person is exploited, forced to work, and unable to walk away from their circumstances. It is typically understood as analogous to terms like “human trafficking” or “forced labour” and essentially as being “unfree”.

Over the past three decades, the number of institutions involved in the fight against this unfreedom has mushroomed, from a handful in the early 1990s to many hundreds today. In addition, governments the world over have passed domestic anti-slavery legislation, collectively committing to eradicate slavery as part of the United Nations Sustainable Development Goals. Millions of dollars have been spent annually by governments, NGOs and international agencies on anti-slavery policies, while media outlets have provided continued, often sensationalist, coverage of the issue.

Despite this, major criticisms exist both of the concept of modern slavery and the way in which policymakers tend to address it. Scholars have pointed out that in practice many people find themselves in circumstances that might fit the definition of modern slavery, yet are not identified as “modern slaves”.

Among the people who are “unable to run away”, there are women in abusive relationships who cannot leave because of poverty and patriarchy, migrants stuck in European detention facilities, and migrant workers in the United States who, because of the threat of deportation, remain effectively trapped in exploitative employment.

So, who decides who is a “modern slave”?

The problem with the concept of modern slavery

“Modern slavery”, as a concept, is a recent Euro-American invention. It sprang up in the 1990s among neo-abolitionist NGOs which found it to be an effective and attractive tool for spreading their message and raising funds. A key figure in this story is Kevin Bales, who established the widely critiqued Global Slavery Index. His prolific writing and advocacy have helped establish the idea of modern slavery in the public consciousness.

Mainstream thinking around modern slavery tends to selectively apply a sentimental lens of concern along lines that are unreflexively white, liberal, and middle class. It constructs certain non-Western phenomena as problematic (such as the survival work done by poor children in much of the Global South) while excluding from concern Western phenomena (such as migrant detention centres) which are arguably equally or even more troublesome.

Such thinking remains trapped in a limiting liberal paradigm, whereby “freedom” is understood as the absence of (primarily physical) individual coercion. That is to say, in this liberal Western world view, I am free to the extent that no one compels me to do something against my will and unfree to the extent that the opposite applies.

Yet this idea has major flaws, the gravest being that it fails to account for the structural coercion inherent to life in a market society, which dictates that all of us must work for a living or go hungry, unless we are fortunate enough to be independently wealthy.

And this is no simple theoretical issue; it has major policy implications. By reducing the circle of concern only to certain acts of individualised coercion, and by seeking to prevent phenomena which are offensive only from the perspective of some viewpoints and not others, modern slavery theorists and policymakers make a number of mistakes.

First, they exclude phenomena which may be similarly problematic from their analysis. Second, they problematise phenomena (and in particular livelihood strategies) which may not be problematic for the people living within them. And third, they normalise the underlying causal conditions of all problematic labour relations, concentrating on individual “bad egg” perpetrators and deflecting attention away from core structures that facilitate exploitation.

This, in turn, legitimates simplistic policy interventions, such as raid and rescue programmes, which have been shown to actively harm people.

During my field research across West Africa and Southern Europe, I have interviewed many poor workers labelled as modern slaves or victims of trafficking by authorities which sought to forcefully rescue them. Yet in most cases, these workers understood themselves as having consented to their work because doing so represented the best of their very limited options.

Rescue was therefore undesired and even abusive. Worse still, it diverted effort and funds away from more robust, equality-promoting initiatives for socioeconomic redistribution. What I found has been echoed by researchers in places as diverse as Ghana and India.

Freedom as the power to say no

So what alternatives do we have? Many critics have argued for abandoning the concept of modern slavery entirely and instead articulating a more coherent and structurally-attuned theory of freedom that can elucidate the societal limitations placed on (some) people’s experience of it.

One such theory is the idea of “freedom as the power to say no”, which holds that people need the effective capacity as well as the abstract right to refuse any given set of unpleasant circumstances, without which they cannot be considered free. On this understanding, a mother who sells sex for survival and is at liberty to stop when she wants but cannot because this is the only earning opportunity she has, could be considered unfree to the extent that she lacks the effective power to secure her and her family’s livelihood outside of this particular and exploitative labour relationship.

And, of course, the fact that this is the only way she has of accessing the money she needs is necessarily determined by the social and legal rules in place in her society which decide who gets what.

This re-theorisation has radical implications. It means that coercion must be viewed as a structural and not merely individual phenomenon and that being vulnerable to it involves inhabiting a position within the social order that structurally limits one’s effective power to say no. In this sense, any coherent policy response to the problems of unfreedom in society would have to focus on the expansion of this effective power for all people, not just those labelled as modern slaves.

One policy suggestion for expanding people’s freedom to say no, particularly in relation to labour exploitation, is universal basic income (UBI). UBI is defined as a guaranteed, regular, unconditional, universal cash payment to all members of a political community. Critical thinkers have been advocating for a version of it since at least the 18th century.

Its purpose is simple: to enable those living in a market society to enjoy the power to say no to undesirable work by ensuring that they always have a minimum amount to live on, no matter what.

Although it sounds simple, the implications of this potential policy are enormous. If everyone always had even a small amount to survive on, then no one would have to take bad work to avoid homelessness or hunger. This would greatly reduce the structural coercion built into capitalist society and empower people to say “no thanks” when they want to.

Yet it would also empower them to say “yes”, for people would still be free to choose arduous work; it is just that the wages for doing so would likely increase considerably, since the supply of workers for it would diminish. What is more, UBI would enhance people’s freedom to choose care work, education or community service as alternatives to work. And it would support greater gender equality, since fewer and fewer women would be compelled to stay in unpleasant or abusive marriages for fear of destitution.

Vitally, the explosion of recent UBI pilots has moved this conversation from the realm of theory to that of fact. From Kenya to Canada and India, UBI initiatives have shown overwhelmingly that this policy enhances people’s freedom, improves gender equality and promotes human wellbeing. In India, the trial conducted by the Self-Employed Women’s Association even found a significant reduction in bonded labour among recipients, since debt diminished, assets increased, and more and more people were able to work for themselves instead of moneylenders.

So, if modern slavery activists and policymakers really want all people to be free, then today, on the International Day for the Abolition of Slavery, let us ask: “Why not call for universal basic income, for the power to say no, for all of us?”

Neil Howard is Research Fellow at the University of Antwerp.