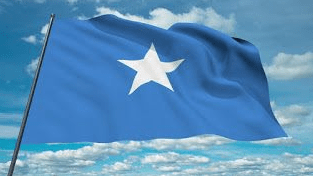 This comes as the committee argues says that the situation in the country is vastly different from when the sanctions were first imposed.

The Chair of the Security Council Somalia sanctions committee, Marc Pecsteen de Buytswerve said the current political and security context in Somalia has changed since 1992, adding the update will give a clearer picture on how to move forward.

“The context must be streamlined, simplified, and updated to reflect the current realities of counter-insurgency in Somalia,” Pecsteen de Buytswerve said.

The committee noted that Somalia is on a positive trajectory with key achievements on the political, economic, humanitarian and security fronts.

Somalia however remains vulnerable to climatic shocks and escalating conflict, while inconsistent funding continues to challenge the delivery of humanitarian assistance.

As it concerns the ban on the import and export of charcoal, Pecsteen de Buytswerve said it was no longer clear that Al-Shabaab was deriving significant revenue from the trade.

The Security Council in 1992 decided, under Chapter VII of the Charter of the United Nations, that all States shall, for the purposes of establishing peace and stability in Somalia, immediately implement a general and complete embargo on all deliveries of weapons and military equipment to Somalia until the Council decides otherwise.