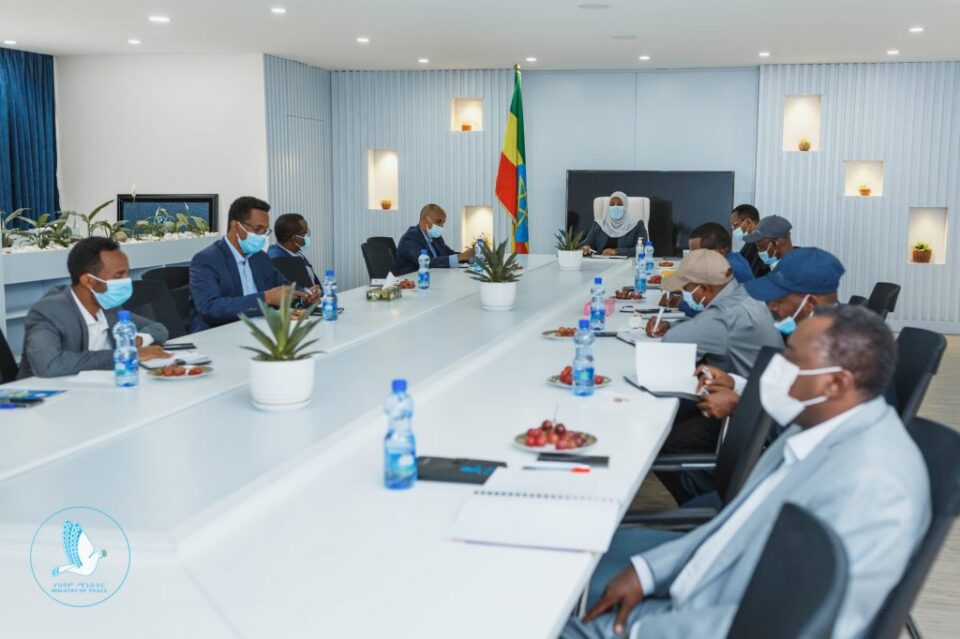 A high-level delegation led by the Presidents of the Afar and Somali Regional States, Awol Arba and Mustefa Omer, respectively, convened a consultative meeting on April 08 chaired by Muferihat Kamil, Minister of Peace.

Following the meeting, the Ministry announced that the two leaders have reached “an amicable agreement to immediately resolve issues that arose.” The meeting was also attended by higher officials from the two regions and the peace and security leadership of the Federal Government.

n a statement released afterwards, the Ministry said the leaders agreed to hold back the security forces of their regions and allow federal government to investigate and hold to account parties responsible for the conflict.

In May 2019, after holding similar consultative meeting chaired by the Ministry, the two leaders  “agreed to discuss and resolve this peacefully and amicably”

In May 2019, after holding similar consultative meeting chaired by the Ministry, the two leaders “agreed to discuss and resolve this peacefully and amicably; the ministry of peace has put a direction on that and we believe we will soon make public the contents of what have been agreed,” Mustafa Omer told Addis Standard in an exclusive interview. AS