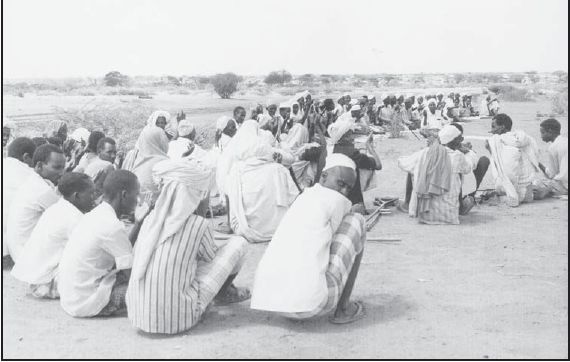 Wajir’s Wagalla massacre represents one of the lowest points in Kenya’s history.

And with the death of retired President Daniel Toroitich arap Moi, wounds of the 1984 mass killings have been reopened, with victims demanding fast-tracking of compensation.

He died on February 4, days before the 36th anniversary of the incident in which mostly ethnic Somalis were killed in a purported disarmament operation.

The massacre, which remains Kenya’s deadliest since independence, took place as security forces rounded up men from the Degodia clan in what was supposed to be an illegal weapons mop-up.

They were held at the Wagalla Airstrip for days without food and water and executed on the third day after attempting an escape.

At least 3,000 men lost their lives when the officers opened fire as some ran away.

Moi was among the few surviving individuals widely blamed for the killings described as crimes against humanity.

Others were Bethuel Kiplagat and G G Kariuki, who allegedly attended a meeting which gave the go-ahead for the security crackdown.

In 2011, Manasseh Tiame, who was the Wajir District Commissioner at the time of the killings, said the operation was authorised by members of the Kenya Intelligence Committee and the District Security Committee.

Bishar Maalim Abdille, who was the head teacher of Wagalla Primary School at the time, said security agents picked him from a class.

“ I was in class doing my duties as usual when security officers invaded my school, beat me up and threw me on the back of the lorry together with other men,” he said.

“We were driven to the Wagalla Airstrip, where we were held for six days before the incident.”

Mr Abdille told the Nation that despite their innocence, they were treated “in the most inhumane way” by officers he said stripped them naked and ordered them to lie on the murram airstrip in the outskirts of Wajir town for days.

He adds that shortly before the incident, a helicopter was seen hovering above the airstrip, creating panic among the victims, as it appeared the people in it were communicating with solders on the ground.

Mr Abdille said nobody knew what the soldiers were told adding.

He said they began shooting as the people ran towards the airstrip’s barbed wire fence, desperate due to hunger and dehydration.

Mr Abdille said he stopped hoping for justice as the government “made empty promises for years”.

“I don’t think we will ever get justice as we’ve been pursuing it for many years with no success, ” he said.

Ali Abdille, a victim and a former soldier, said that in an earlier visit to the county, former Prime Minister Raila Odinga promised to pursue implementation of the report of the Truth Justice and Reconciliation Commission (TJRC).

The report was to see perpetrators of the act brought to book, but to date, nothing has come of it.

Mr Abdille called on the government to implement the report and ensure justice.

Ramadhan Jellow, whose parents died in the massacre, said they were mourning Moi but were still disturbed by the suffering they underwent.

“The Wagalla story is well documented in the TJRC report. We want the government to compensate orphans, widows and survivors as recommended,” he said, adding it should also apologise.

He said he a short story book titled “Atrocities in the Airstrip”, which he hopes will aid the push for victims’ compensation.

Abdihakim Billow said it was unfortunate that matters surrounding the massacre were being discussed 36 years later and that some of the victims’ families were languishing in poverty, having been robbed of their breadwinners.

Mr Billow said that despite President Uhuru Kenyatta’s promise in 2015, for Sh10 billion to be set aside for the Restorative Justice Fund, no victim has received the money to date.

“If the President committed to give Sh10 billion for victims’ compensation, it should trickle down to the beneficiaries. We wonder where the funds are since we haven’t seen any progress to date,” he said.

He called on the leaders from the region to pursue the matter, saying the government had been silent.