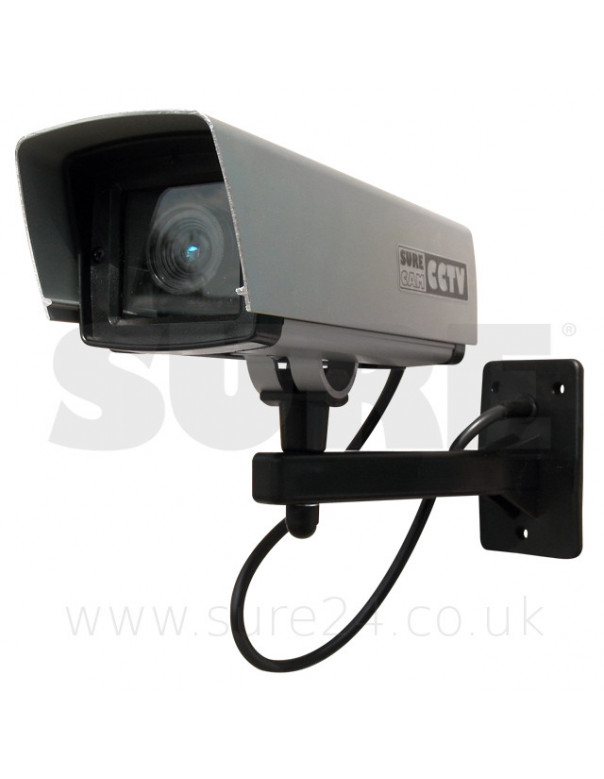 Somalia has installed new CCTV cameras in the capital to help prevent terrorist attacks. Several cameras have already been blown up and some are skeptical about how effective they will prove to be.

Al-Shabab militants reportedly destroyed four newly installed surveillance cameras in the capital Mogadishu, blowing them up with explosive devices in the early morning on January 29.

Dozens of CCTV cameras have been placed in areas of Mogadishu where al-Shabab has historically been most active, as well as near high-value targets such as along Maka al-Mukarama, a major road which leads to the presidential palace.

“These cameras are capable of identifying people’s faces and tracking individuals suspected of being behind criminal activities,” he said.

Al-Shabab, which once controlled much of the country, was forced out of Mogadishu in 2011 and has since lost most of its other strongholds.

But its fighters regularly attack sites in the capital. On December 10, al-Shabab gunmen attacked a hotel popular with politicians and officials near the presidential place, killing five people.

And in its deadliest attack of 2019, the group killed nearly 100 people in a truck bomb on 28 December.

On the streets of Mogadishu, not everyone is convinced of the ability of the new cameras to stop attacks such as these.

Hassan Ali Yusuf, a shopkeeper in Mogadishu, says that the “visibility” of the security cameras, which are mounted on high poles above roads, makes them an easy target. He says authorities should have tried to hide them to make it more difficult to sabotage the cameras.

Others also question the trustworthiness of those monitoring and policing the CCTV networks.

Reports have been circulating that some of the CCTV cameras in the office of Mogadishu’s mayor, Abdirahman Yarisow, were briefly shut down shortly before he (along with several other officials) was killed by an al-Shabab suicide bomber in July 2019.

Technology only as strong as those using it

According to Nairobi-based security analyst Matt Bryden, in some cases CCTV cameras can help to prevent or deter attacks by revealing unusual behavior patterns, such as the persistent surveillance of a target, or the presence of a suspicious object or vehicle at a given location.

More often, though, Bryden told DW, CCTV cameras provide important information after an attack that authorities can learn from, such as revealing tactics, techniques and procedures employed by al-Shabab.

For example, CCTV footage from Mogadishu airport revealed how a bomb was smuggled onto an aircraft in 2016 and helped identify some of those responsible.

However, Bryden points out, when the security establishment is weak or ineffective, as is the case in Mogadishu, CCTV technology is unlikely to make much of a difference to the overall security situation.

Last year, militants told businesses to remove private CCTV cameras installed outside their premises, saying they would bomb the buildings of those who ignored the orders.

Too scared to report suspicions

Despite the city’s chronic insecurity, Mogadishu is undergoing a boom. After non-stop  warfare for twenty years, the city started to rebuild when al-Shabab were driven out. The economy is growing, the streets teem with construction projects and the city is bustling with people out eating seafood at the beach-side Lido or meeting to drink tea – a favorite Somali pastime.

The Somali government has called for Mogadishu’s residents to help if they want the city to continue to prosper.

“We need our people to stay alert and inform security forces should they see any criminal activities by the militants,” government spokesperson Omar told DW.

This call for help faces two main obstacles though.

Firstly, al-Shabab is a pervasive presence in the city and people have legitimate fear of reprisals against those who work with authorities.

Secondly, while they are outraged by the terrorist attacks, Mogadishu residents also share a widespread and deep mistrust of government forces.

“So, no, I don’t think the city’s inhabitants will be very impressed by the initiative,” he said.