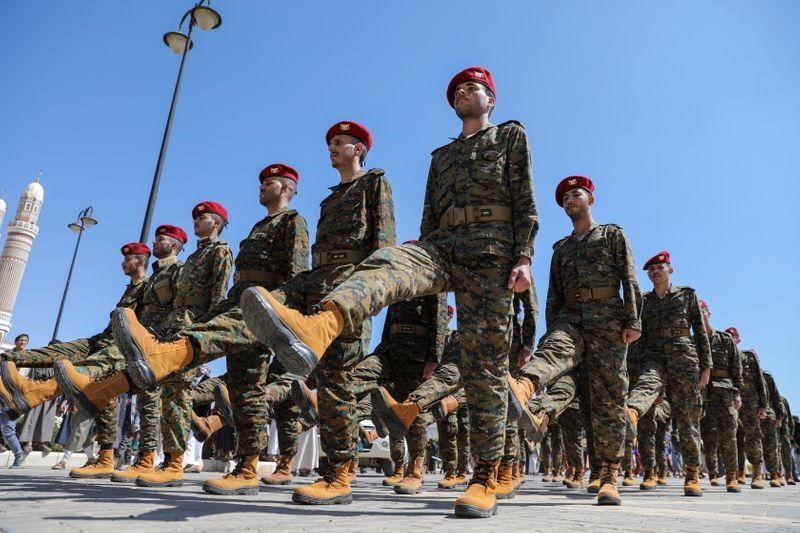 “The National Day of Steadfastness Operation will only be the inauguration of the seventh year, if the aggression does not stop and the siege is not lifted,” Saree said in an interview with Al-Masirah TV on Saturday.

Today, he pointed out, Yemen ranks first at the level of the Arabian Peninsula in terms of the quality and range of the home-made missiles it possesses.

“There is no comparison between the Yemeni missile force before the aggression and today,” he added.

Saree emphasized, “The Yemeni missile force now possesses great and advanced expertise and is now working on developing each system separately”, noting that the seventh year will witness the announcement of new missile systems, some of these undisclosed systems have been tested at home and in the depths of Saudi Arabia.

“We did not stop at the manufacture of drones in the traditional sense. Now we have several systems, in each system there are several generations,” the spokesman stated.

He revealed that the armed forces are working to increase the strategic reserve of the air force, with ranges that are able to carry out operations along the length and breadth of the enemy’s geography and beyond.

Saree warned Saudi regime with strong and painful strikes that it has not experienced before, if it doesn’t stop its aggression and siege.

“The seventh year will be the year of surprises for military operations,” he continued, adding, “We tell the countries of aggression that what we have made in six years will double within one year.”

Days ago, Yemeni troops carried out a series of retaliatory missile and drone attacks against Saudi Arabia, targeting state-owned Saudi Aramco oil facilities in the kingdom’s Southern regions as well as King Abdulaziz Air Base in the Eastern Province, Al-Masirah TV channel reported.

The wide-scale military operation came just days after Yemen had unveiled new achievements in the defense sector, including ballistic missiles, drones and artillery as well as anti-tank and light and heavy weapons.

Senior Yemeni officials have frequently warned that retaliatory operations will continue as long as Saudi Arabia presses ahead with its deadly aggression and all-out siege.

Saudi Arabia and a number of its regional allies launched the war on Yemen in March 2015, with the goal of bringing the government of former President, Abd Rabbuh Mansur Hadi, back to power and crushing the popular Ansarullah movement. The war has taken a heavy toll on Yemen’s infrastructure, destroying hospitals, schools, and factories.

The United Nations estimated in late 2020 that the war had caused as many as 233,000 deaths in Yemen since 2015, including 131,000 from indirect causes such as lack of food and deadly disease.

According to the UN, at least 80 percent of Yemen’s 30 million people need some form of aid or protection.

Ansarullah, backed by the Yemeni Armed Forces and allied popular groups, has gone from strength to strength against the Saudi-led invaders, and successfully defended Yemen against the aggression, leaving Riyadh and its allies bogged down in the county.

Several human right groups and charities have accused the Western governments of prolonging the war in Yemen by permitting the sale of weapons and military equipments to the kingdom and its allies.