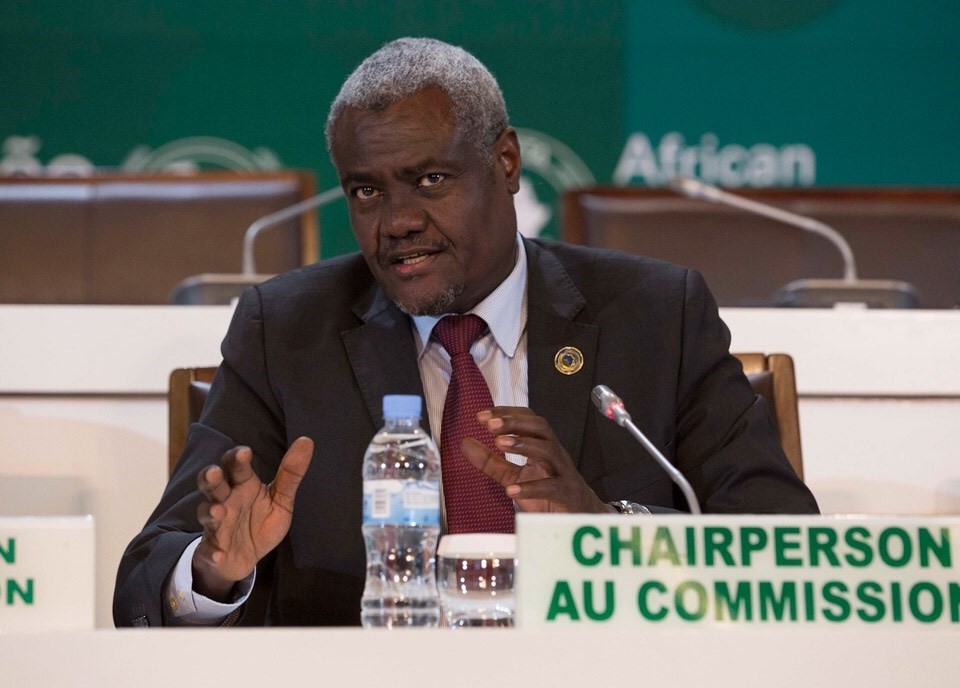 Just like the majority of African Union member states the African Union Commission (AUC) has been mudded with allegations of corruption, mismanagement and cronyism for years.

Accusations like these have not started with Moussa Faki Mahamat’s AU, it’s been a cancer eating away the legitimacy of the institution for years. In December 2016, eleven AU board members signed a petition to the Chairperson of the AU Commission, then Chadian Begoto Miarom, to address corruption within the organisation.

Reports indicate that corruption is rife in almost all African Union Commission structures. In 2018 a member of the African Union’s anti-corruption advisory board Daniel Batidam resigned over the body’s alleged corruption. Daniel cited “multiple irregularities” within the organisation that are hindering its fight against graft as a reason for his resignation.

Batidam told RFI then that it has been virtually difficult if not impossible for the Anti-Corruption Advisory Board to carry out its mandate because of corruption.

Several direct accusations were detailed in the document, which implicate, among others, the director general of the secretariat, the South African Edward Maloka, and his compatriot Mamathimolane Makara, director of corporate services. But in general the whistleblowers highlighted that corruption was endemic within the APRM.

Fastfoward to February 2021 Devex reported exclusive revelations of the Audit which was carried out at the African Union covering years from 2012.

The audit, which was initiated by the AU Executive Council was carried out by PricewaterhouseCoopers (PwC). The auditors were tasked to investigate “possible wrong-doing, misuse, and/or mismanagement of the AUC’s resources” in several areas, including the staff recruitment and contract renewal process.

The findings of the Audit were as expected, working contracts going beyond stipulated terms, people working beyond their retirement age of 62, sexual harrassment, unverifiable staff qualifications and high numbers of relatives in the employ of the commission.

The report is said to have been discussed by the AU policy organs, and a decision is said to have been made at the AU Summit this month, demanding that immediate action should be taken against those who were implicated in the report. Beyond taking action against those implicated more actions to create systems which prevent misconduct should be a priority.

It starts from the top.

Leaked internal AU documents including a 2020 memo from Mbokazi and a 2018 letter from previous Deputy Chairperson Thomas Kwesi-Quartey to Ghanaian President Nana Akufo-Addo have implicated Faki himself, the AUC’s chairperson, in acts of cronyism.

Devex however noted that though the audit report does not refer to any specific examples of wrongdoing by Faki, it does state that auditors did provide questionable “examples on the recruitment of staff and on the renewal of staff contracts” where the offices of the chairperson and former deputy chairperson were directly responsible.

Even if allegations against Faki himself or his former deputy are found to be insignificant, corruption within the AUC has been happening under their watch with little or no actions to stop it before it becomes endemic. For that reason too corruption exists in a place where it is cultivated.

The allegations of corruption, mismanagement, cronyism and nepotism are consistent with what happens in most member states of the African Union.

The UN Economic Commission for Africa reported that corruption swallows at least $140 billion in all the AU member states every year, not even counting lost productivity due to unqualified employees and bloated bureaucracies.

Africa has constantly ranked bottom and has been showing little or no improvement on the Transparency International Corruption Perceptions Index (CPI) with an average score of 32 in 2020 where the global average was 42.

If members states are cultivating the culture of corruption within their own countries then reforms at the African Union cannot be expected to be smooth and effective however in this socioeconomic darkness some are seeing the possibility of seeing the light sooner.

Leaders at the AU Summit in February 2021 ordered the chairperson of the commission “to take immediate disciplinary action,” and hopes are that this time the massage is loud and clear enough. Doubts however remains due to allegations of corruption right at the top of the commission.

Some have shown faith in the new Deputy Chairperson Monique Nsanzabaganwa who is believed to have been given tasks to reform the AUC herself  Monique is said to be a woman  of integrity. Additionally as a Rwandan national Nsanzabaganwa is also obligated to carry out reforms of the AU as they were largely championed by Rwandan President Paul Kagame.

Whether Monique Nsanzabaganwa managed to bring about reforms or not, this depends on the levels of obstruction she gets from member states, her boss and the commission’s employees who may lose their jobs in the process.

For the sake of a better Africa and a better AUC we wish her well and for corrupt officials it’s about time.

“Friends of UN Charter”: A Coalition against Western Economic Terrorism