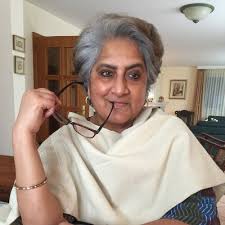 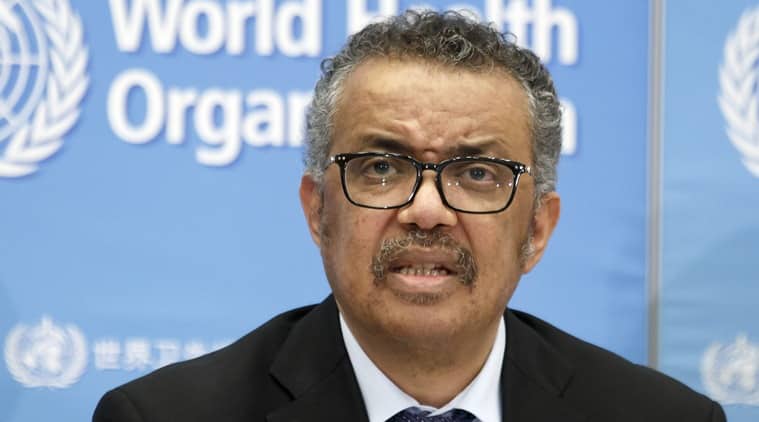 File- In this February 24, 2020, file photo, Tedros Adhanom Ghebreyesus, Director General of the World Health Organization (WHO), addresses a press conference about the update on COVID-19 at the World Health Organization headquarters in Geneva, Switzerland. (AP)China is scripting the emerging economic story of coronavirus and knows the untold story of the COVID pandemic. As the World Health Organisation (WHO) finds itself in the eye of pandemic politics, power and pelf are competing with patients and poverty. The best that WHO’s Ethiopian head Tedros Adhanon Ghebreyesus can come up with as thousands are dying is to say leaders should not politicise the issue. It is an open secret that politics and arm twisting, not merit, got him his job.

Tedros was his country’s Minister of Health (2005—2012) and Minister of Foreign Affairs (2012 to 2016). In 2017, China catapulted him to lead the WHO as its Director General (DG) with India, the world’s largest democracy, playing second fiddle. We will never know who gamed India inside and abroad, but tough questions must be asked.

Between ordering 10,000 ventilators from China and firefighting a diplomatic war against Beijing’s ceaseless incursions into India’s territorial rights on land and at the United Nations (UN), the pandemic is a wake-up call for New Delhi.

Public health is a rights-driven developmental track for any country, especially for India. Shouldn’t the ministries of foreign, trade, information and broadcasting, home, finance, women and child development, law, infrastructure and industry, among others, be part of the country’s health equation and decision-making on a daily basis? Should the WHO be sitting in on high-level health ministry discussions given what we now know about its allegiance to all things Chinese?

China, an economic and military behemoth, now seeks the same power in public health. India, with its double burden of disease and an uncritical alignment with the WHO, is fertile ground for data and dollars. As it fights the Dharavi spread in Mumbai with rapid and mass testing — and the WHO watches closely — the battle will be won by India and India alone.

For now, India, like most countries, is at China’s mercy thanks in large part to years of short-sightedness and corruption in the health sector. While it is hailed as the pharmacy of the world and has sent drugs as humanitarian assistance, India relies heavily on raw materials from China. Quick thinking and swift action can reverse this.

Says Dinesh Thakur, the man who blew the whistle on Ranbaxy: “India’s chemists are aggressively courted, relocated to Chinese cities for their know-how on how to chemically synthesise bulk drugs. Our generic pharmaceutical industry cannot make what patients need until they secure bulk-drug from China for many life-saving drugs.”

In an unusual public display of anger, Tedros said criticism of his handling of the situation was wrong and said he had been called names, including “Negro”. In another outburst, he warned of increased bodybags in a direct reference to criticism from the US. Tedros’s African origin was his overarching campaign profile and the world genuinely applauded an African head for the WHO. Western democracies knew who and what Tedros was but they underestimated their own economic and public health dependence on China. By using the “N” word now, Tedros and China have upped the ante.

Geneva, where the WHO is headquartered, is a small city that leaks like a sieve. In fact, during Tedros’s campaign, WHO officials kept rivals informed of all activities and some were exposed in emails that leaked. Traders, not public health officials, do that. The trading tradition continues. The WHO, and by extension China, has a roster of friendly journalists/moderators/commentators and civil society groups who are now speaking to script.

The propaganda team’s job is focused on blaming US President Donald Trump for contemplating cutting off funding for the WHO and not Tedros, for taking orders from China about the pandemic. The war is not between an American President (with a dismal record on public health in his country) and Tedros. It is between Tedros, a global public health head, and his subservience to China. That ship of trust, the cornerstone of public health work that the WHO should have been leading, has long set sail.

Media reports from London and New York follow the party line. Protecting Tedros is important as the WHO needs money to help poor countries with weak health systems. Gaping holes in health systems in the United Kingdom (UK) and the US that COVID-19 has shown can wait — poor Indians make better copy. That, unfortunately, is the level of cynicism.

Tedros’s attitude towards human rights is as problematic as his silence about China. In 2013, The Guardian asked why UK taxpayers’ money was funding paramilitary forces in Ethiopia that stood “accused of numerous human rights abuses and summary executions”. The newspaper sourced the information to an internal UK Department of International Development (DfID) document. The agency responded saying its goal was to “improve security, professionalism and accountability” and training would be outsourced. Tedros was Minister for Foreign Affairs at the time.

War chests are being mobilised to help the WHO help China disburse aid and assistance to dying people and gasping economies. The recent announcement by the World Bank to fast track $1.9 billion for health systems to respond to Covid also includes Ethiopia. For the first time in its history, the WHO has opened its doors to private funding via a Solidarity fund and China is expected to keep an eye on this. Who will keep track of how the money is spent?

The WHO was founded in 1948. India was a founding member of its parent body, the UN, in 1945. New Delhi must decide if it wants to blindly follow the blind or lead by bringing the WHO back to its original promise. At stake is the country’s economic security of which public health is a key component. India can either be a part of history or pick up the pen even in these times of distress and rewrite it.

Journalist Chitra Subramaniam is founder, CSD consulting, a Geneva-based company working at the crossroads of public health, development and communications. She worked with Gro Harlem Brundtland at the WHO

The article first appeared in The Indian Express