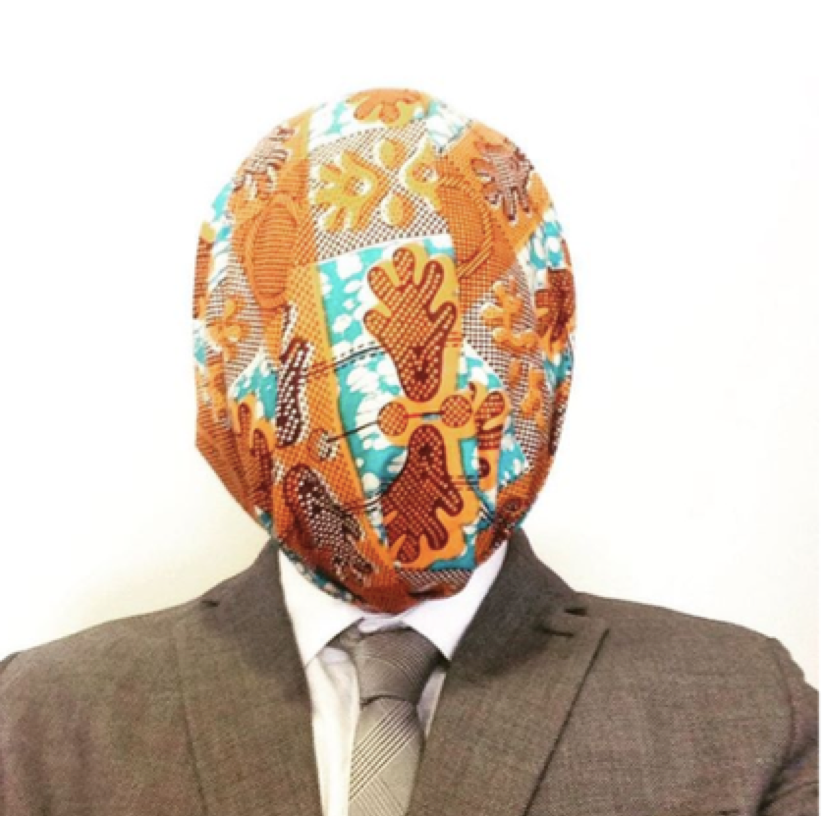 Africa is often portrayed as a continent that is riddled with contradictions, one that has struggled to maintain a consistent identity, philosophy, and or civilization. It has witnessed the rise and fall of many indigenous empires, along with the destruction of some important history and traditions. This owes partly to the contact with and invasion by the Arabs, and subsequently European colonization. The activities of the colonizers through exploits as slave trade, ‘tribal wars’, enforced starvation, and legislative brutality inflicted damning sores in the hearts of the people that have been passed on from generations to generations.

Efforts at recreating a decolonized identity for the continent began with the granting of political independence to most African states in the period following the end of the Second World War. Yet, 76 years after, anybody who believes that colonization is a phenomenon of the past with no relevance to present realities is either misinformed, uninformed or in denial.

The legacy of colonization in Africa is visible to the bare eyes of anybody who looks at a map of the African continent or visits an “African country”; a notion and frame of reference that is in itself very perplexing considering that on the basis of unity and functionality, it can be challenging to call any of the states in Africa ‘a country’.

The violence of European and endogenous colonization has catapulted many Africans on the continent and in the diaspora to effectively inhabit two cultural paradigms simultaneously. The western one, centered on the White patriarchal heteronormative moral-Christian identity as a so-called indicator of civility and modernity, and the relics of another paradigm that historically can only have its roots in shared pre-colonial African beliefs and political practices.

This is the reason why it is not uncommon for some to simultaneously go to the hospital and to traditional healers, or to the church/mosque and to spiritual guides. This duality is often pinned to the ontological implication of being an ‘African’. The African is said to be caught in a ‘matrix of spiritual relationships’. First, is ‘the unbreakable ties to the Supreme Being, who created the Earth and everything therein far man and his progeny.’Second, is the harmony that the African person must maintain with other entities in the spiritual realm because bad relations with the supreme being and departed ancestors could be injurious to one’s quality of life and community wellbeing. Considering this cosmological stance, the African is said to be a welcoming, accommodating, and hospitable person. But are these realities essentially African, and can they be upheld in the present clime? Regardless of whether these values are African, it is obvious that African paradigms (whether pre-colonial practices or contemporary practices informed by them) do not hold the same weight as practices forced upon African peoples during European colonization.

Ironically, many so-called “customary African laws” were actually manufactured by colonizers for their own administrative purposes and colonial ideals and did not originate from Africans.
Unpacking the implications of colonial artefact like this one would be particularly relevant for contemporary African laws. Unfortunately, those reflections are not as common as they should be. A simple look at the fields of interest in universities speaks to this reality.

In former colonial powers and settler colonial states like the United Kingdom, the United States or Canada, programs in African studies are commonly offered. Yet, in Africa few universities (to not say none) or governmental bodies dedicate funds to research, teach or theorize topics such as pre-colonial African epistemologies, pre-colonial African society or even the ongoing transgenerational colonial trauma that is manifested on the streets of Nigeria, Sudan, South Africa, and other beleaguered postcolonial contexts. Studies in African history and cultures are becoming obsolete in many secondary and tertiary institutions in the continent, and many grow up without a sense of the rich history and civilizations of their society, including their indigenous languages. The Western epistemology holds sway among Africans who have assimilated these exogenous practices and based their worth primarily on their Western assimilation than on being products of their Indigenous societies.

It would be naïve and dangerous to believe that a phenomenon as violent as colonization did not cause any long-lasting trauma. Africa as a continent could benefit from establishing links with Indigenous peoples in other traumatized settler colonial states and learn about the ongoing impacts of colonial policies of assimilation. In May 2021, the Tk’emlúps te Secwépemc First Nation discovered the bodies of 215 Indigenous children in the grounds of a former residential school in British Colombia, Canada. Calls to search for graveyards in residential school sites were formalized in the Truth and Reconciliation Commission Calls to Action and as such the possible existence of such sites has been acknowledged. Yet, this gruesome reminder of the violence of western colonialism and assimilation policies remains horrifying. The existence to this day of laws such as the Indian Act which conditions the rights and liberties of Indigenous peoples of Canada, jeopardizes the possibilities of conciliation, let alone reconciliation.

With a history of slavery and colonialism, it is bizarre and concerning, that Africa as a continent has never interrogated these centuries of colonial violence and the extent to which this violence is ongoing. Obviously, a different approach to this question would be required since the colonizers did not settle in the continent. Nevertheless, the questioning should investigate geopolitical, economical, and ideological relations: how do they jeopardize healing and the preservation or (re)creation of African paradigms?

From physical infrastructures such as roads to violent institutions of governance and religious strictures, colonized Africans have effectively become the colonizers.
Persistent hierarchies of class, skin colours, “tribes” and religions indicate an adoption of the European colonial paradigm as the only acceptable and universal model of society and humanity. As a consequence, Africans “since 1492 [have been] pushed into the ‘zone of non-being’”.

Since it is impossible to go back in time and undo colonialism, potential options to break the cycle of internalized colonialism could entail a strengthened focus on conscious pluralism and collective identity.
This would imply (re)connecting with pre-colonial African practices to offer African peoples a paradigm that fundamentally breaks away from any relic of colonialism, normalizes Afrocentrism and can co-exist along other paradigms, such as the western one, without seeking to limit itself to it.
We acknowledge that evoking an ‘original’ set of values that people could return to can be unrealistic and utopic. Moreover, these values may in themselves be incongruent to current realities. Nevertheless, the total abandonment of pre-colonial civilizations, manifested through the annihilation of indigenous languages, indigenous political system and an entrenched violent structure of governance and human relations, is what is at issue and what requires a shift from current patterns.

It is fundamental that this Afrocentric paradigm conceptualizes all individuals of African descent as a people with a shared history of conviviality and trauma, whose understanding of said history could create a sense of empathy in their dealings with one another. This reality can create an integrated continent where people are not restricted to their nationalities or treated as diasporas. To do so would be to perpetually reinforce the fabricated and arbitrary physical and psychological borders of hatred that were externally imposed and re-enacted by Africans themselves in the most absurd and dehumanizing ways.

Africa cannot possibly thrive if it upholds an identity and standards that were precisely created to eliminate African culture and assimilate African peoples into foreign ideals.

Following months of racial reckoning around the world, people of African descent are confronted with the violence of racism, colonialism and laws and standards that normalize anti-Blackness, particularly for communities that experience poverty and other forms of marginalization.

As people of African descent in Africa and in the diaspora engage in reflections about belonging and identity outside of colonial legacies, it is incumbent on us Africans to ensure that the need for an alternative to the western paradigm gains irreversible momentum.
The African Free Trade area, conversations about the ECO currency and the exponential intake of cryptocurrencies by African countries all indicate a desire of African peoples to cut ties with the burdens of colonial institutions and define their own narrative. This conjuncture is an opportunity for Africa to (re)define its identity and write the playbook of a game that is not rigged against itself.

A few months ago, an Afro-Brazilian academic was chatting with the first author on a videocall. The author had reached out to her to learn about quilombos: the territories of descendants of Africans trafficked to Brazil who had “freed” themselves and established communities to resist slavery and assimilation. She was discussing contemporary efforts in the state of Rio de Janeiro to preserve languages and spiritual beliefs inherited from enslaved African people. She continuously referred to these efforts as resistance strategies to counter any attempts to assimilate, westernize or erase the African legacy in Brazil back then and now.

“And over there, Chris?” she asked referring to the African continent which she has not visited yet. “What is it like?”

It was obvious that she wanted to hear about the preservation of Indigenous African religions, African epistemologies, African philosophies, African social organizing. This was not surprising as this was precisely why the author had reached out: to discuss these topics.

“Colonialism didn’t spare Africa” Chris replied.  “Some people still uphold their African spiritual beliefs, and some academics investigate pre-colonial social dynamics in their work, but I don’t know that either of these things is seen as the norm nowadays”.

“This is sad” she eventually said.

No word was required to understand that the same question had crossed their minds: where can one be African? If in Brazil, the United States, or Canada our identity is often relegated to the margins, and if on the African continent the African identity is still informed by colonialism: where can we actually be Africans?

Who is in charge of decolonizing Africa, when the colonial violence has been internalized, accepted as “African culture” and re-enacted?

Until there is an answer to this question, the African identity and Africa’s efforts at securing the future of its peoples by its own means and principles will remain trapped in the colonial project long after the departure of the colonizers.Adapted from its original source