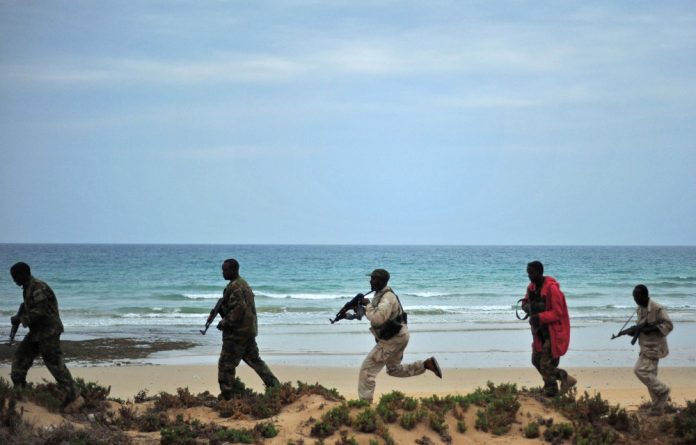 As Somalia faces a political crisis with elections due for December 2020, the Ministry of Petroleum is pushing for an oil licensing round to open by 4 August 2020.

However, considering that the key institutions to govern and regulate the oil sector are not yet ready, and that the Federal Members States (FMS) are still not fully on board, the question is: Why the rush for oil now, given that oil prices are so low?

This blog draws on my research for the CRP on the implications of oil prospects for the “political marketplace” in Somalia. Seismic surveys show that the prospects of oil are indeed promising. The Federal Government of Somalia (FGS) has been pushing hard to open oil and gas exploration and licensing, which in turn opens a potentially new playing field for the competitive political marketplace in Somalia. This issue has already led to the maritime dispute between Kenya and Somalia and is currently awaiting a decision by the International Court of Justice.

The new Petroleum Bill was finally signed into law by the President on 8 February 2020, after being passed through the Upper House. The law has been in development for some time and subject to dispute and controversy. Although it formally paves the way for Somalia’s process towards becoming an oil producing nation, several issues remain outstanding and, as one tweet remarked, this could mark the start of conflicts over oil in Somalia, an observation quickly underscored by the rejection of the law by the President of Puntland.

The outstanding issues concern a) whether the law respects the principle of federalism in the provisional constitution, or is centralising the control of the oil sector within the central administration of the Federal Government; b) and related to that, the management and details of the resources sharing agreement (RSA); c) the fiscal and taxation regime; d) the  production sharing agreement (PSA) and its management; e) and the implementation and control of the regulating body, the Somalia Petroleum Agency (SPA). An analysis of these issues will be developed for the final outputs of this study.

While these outstanding issues remain unresolved, the current focus appears to be on who has the negotiating and signing rights for oil concessions? Who will be nominated to the controlling positions – and how?

A further major point of controversy that still lingers is the continued legacy of Soma Oil (since renamed as Coastline Exploration), the UK based oil company chaired by a former leader of the UK Conservative Party, Lord Howard, which came under investigation for corruption in 2015. The current Prime Minister (PM) of Somalia, has a longstanding controversial connection to Soma Oil and Gas, as well as perceived connections to Norwegian interests, which still prompt political suspicions with political rivals and the Federal Member States (FMS).

Although the PM publicly resigned his $2 million shares in Soma Oil in 2017, conflict of interest concerns remain, including through the status of a Seismic Survey Agreement made by Soma Oil with the Ministry of Petroleum in 2013, in which Soma Oil would have the privilege to negotiate up to 12 blocks of their choosing.

The rush to carry out the oil licensing round appears unnecessarily hasty, not least  considering that two major assessments of the Somalia oil sector, one carried out by Adam Smith International in 2014, and the other by the World Bank in 2016 recommended that the law and regulatory framework, as well as basic institutions must be in place before entering exploration contracts, which still does not seem to be the case.

Two factors may explain the interest to push through for an early licensing round: a) The interests of Soma Oil remain as the 7 blocks offered by the recently announced oil licensing round, however this does not include any of the 12 blocks Soma Oil has interest in; and b) the funds generated by the so-called “signing bonus”, ($2 million per contract). Further income from oil exploration would take three to four years in a best-case scenario. Arguments that these funds could be used for reconstruction and development ignore the fact that much of the country is out of reach, and even contracts to build roads in the vicinity of Mogadishu have not been possible to implement.

The first major attempt to launch an oil licensing round in 2018/19, was delayed due to objections from the opposition, the public, FMS’s, MPs, as well as within the FGS itself. Amongst the reasons for the delay was that the Petroleum Law had not yet passed through parliament. The resource sharing agreement from the 2018 Baidoa meeting also needed to be reflected in the law, and the role of the Somalia Petroleum Authority (SPA) had to be clarified. Promptly, after the failed oil conference in London in February 2019, the Ministry had the law amended and passed through the Lower House of the Parliament in May 2019, and the Upper House in February 2020. Although, the role of the SPA had been clarified further, Puntland in particular was still not satisfied and walked out on the parliamentary session, while President Deni declared that Puntland was not part of the law as both its passing through parliament and the law itself was not in accordance with the principles of federalism.

Nevertheless, the Ministry of Petroleum quickly re-engaged with its disrupted oil licensing round pre-announcement road tour, declaring in public that the legislation for the oil sector was now fully in place. Due to the COVID-19 outbreak, the planned event in Houston was replaced with an online presentation that took place on May 12, 2020, in which it was announced that the Oil Licensing Round will formally launch on August 4 2020. This date coincides with the deadline for the establishment of the Somalia Petroleum Authority, which according to the new Petroleum Law must be completed within 6 months from the date the law was signed by the President.

Given that Puntland has declared itself outside the Petroleum Law, that Somaliland remains a separate entity, and election processes and outcomes in other member states have been extremely controversial, it is not clear what the status of the law in fact is, nor whether it is possible to complete the SPA in time. For instance, an obvious question is, what would the status of the SPA be if several FMS are not present in its board in accordance with the law, and what is the procedure for nominating the board members?

This said, there appears to be an acceptance that the law has now been made and it is the details of setting up the actual institutions and building their capacity that are important, but, most importantly – in the short run – who will be sitting in the controlling positions. This is particularly important in regard to the SPA – and the Somalia Petroleum Company (SONOCO) – because the individuals in control of these institutions will have considerable influence on future oil licensing, issuance of contracts, agreements and the regulation of the sector. Unless the control and oversight institutions, such as the auditor general, parliamentary committees and the judiciary are not considerably strengthened, these individuals may gain substantial leverage and power to manipulate the flows of oil resources – and thus also influence the political marketplace.

Furthermore, given that Somalia needs to concentrate on the elections scheduled for December 2020, it may be more sensible to use the time until the elections, to gradually develop the required institutions, and clarify the outstanding issues. It may indeed be worth waiting for more political stability after the elections, as interested oil companies might gain more confidence in bidding for the blocks.

My research also explores the foreign influence on the Somalia oil sector, which is considerable and complicated. This includes foreign governments and commercial actors. Connections to the UK were briefly referred to here, but the interest of Norway, the US, Qatar and the UAE amongst those that are important to understand and will be brought out later.

One of the analytical focuses of the CRP is a better understanding of the political marketplace, in order that this may inform policy. The oil sector is an important arena where the workings of this marketplace are illuminated in a way that draws together local and international actors, in complex and often opaque relationships.

Marketplace in Somalia.He has worked in and on Somalia and the Somali territories for over 20 years, in various applied research capacities, including UN, WB, DFID, USAID and others, involving studies of the traditional structures, impacts of humanitarian intervention, humanitarian security, financial management and accountability and the political economy of the justice sector.