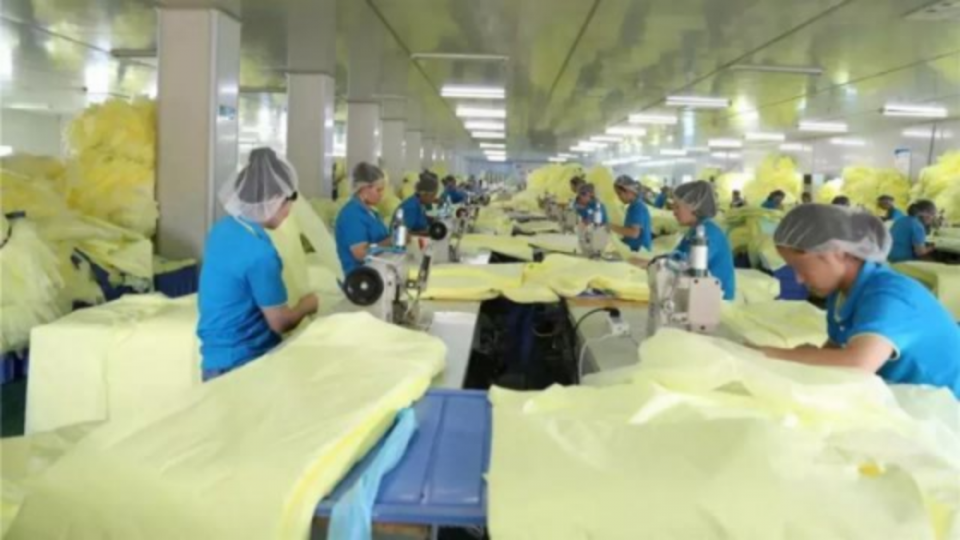 Stepping up the pace of Uyghur forced labour in China

Many of the world’s biggest fashion brands and retailers are complicit in the forced labour and human rights violations being perpetrated on millions of Uighur people in the Xinjiang region of northwestern China, says a coalition of more than 180 human rights groups.

There is mounting global outrage over the atrocities being committed against the Uighur population in the region, including torture, forced separation and the compulsory sterilisation of Uighur women.

Despite these abuses, the coalition of human rights groups says many of the world’s leading clothing brands continue to source cotton and yarn produced through a vast state-sponsored system of forced labour involving up to 1.8m Uighur and other Turkic and Muslim people in prison camps, factories and farms in Xinjiang. It says that the forced labour system across the region is the largest internment of an ethnic and religious minority since the second world war. 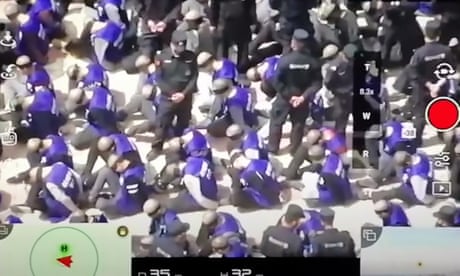 Global fashion brands source so extensively from Xinjiang that the coalition estimates it is “virtually certain” that as many as one in five cotton products sold across the world are tainted with forced labour and human rights violations occurring there.

China is the largest cotton producer in the world, with 84% of its cotton coming from the Xinjiang region. Cotton and yarn produced in Xinjiang are used extensively in other key garment-producing countries such as Bangladesh, Cambodia and Vietnam. Xinjiang cotton and yarn are also used in textiles and home furnishings. This week the New York Times reported that factories in the region were also supplying face masks and other PPE to countries around the world.

The coalition has published an extensive list of brands it claims continue to source from the region, or from factories connected to the forced labour of Uighur people, including Gap, C&A, Adidas, Muji, Tommy Hilfiger and Calvin Klein.

“Virtually the entire [global] apparels industry is tainted by forced Uighur and Turkic Muslim labour,” the coalition said in a statement issued today.

The coalition says many more leading clothing brands also continue to maintain lucrative strategic partnerships with Chinese companies, accepting subsidies from their government to expand textile production in the region or benefiting from the forced labour of Uighur people transferred from Xinjiang to factories across China.

“There is a high likelihood that every high street and luxury brand runs the risk of being linked to what is happening to the Uighur people,” says Chloe Cranson, business and human rights manager at Anti-Slavery International.

In a call to action, the coalition, which includes more than 70 Uighur rights groups, anti-slavery organisations and labour rights campaigners, says the global apparel industry must eradicate all products and materials linked to forced labour in Xinjiang within a year.

“Global brands need to ask themselves how comfortable they are contributing to a genocidal policy against the Uighur people. These companies have somehow managed to avoid scrutiny for complicity in that very policy – this stops today,” said Omer Kanat, executive director of the Uyghur Human Rights Project.

According to the Worker Rights Consortium (WRC), one of the signatories of the call to action, brands have no credible way of proving that their supply chains from the Xinjiang are free of forced labour.

“Forced labourers in the Uighur region face vicious retaliation if they tell the truth about their circumstances. This makes due diligence through labour inspections impossible and virtually guarantees that any brand sourcing from the Uighur region is using forced labour,” said Scott Nova, executive director of the WRC.

“An apparel brand that claims to know, with confidence, that all the farms and factories it uses in the region are free of forced labour is either deeply cynical or misinformed.”

In April, the Global Legal Action Network (Glan), a group of human rights lawyers, also provided evidence to HMRC that brands including Muji, Uniqlo, H&M and Ikea were selling products in the UK containing cotton and yarn from the Xinjiang region. Glan argued that the UK government should halt sales of products linked to forced labour across the region as it breached several UK laws including the 1897 Foreign Made Goods Act.

In response, H&M and Ikea said they would stop buying cotton from the region. In an updated statement to The Guardian, H&M said that it had an indirect relationship with one yarn producer operating in the region but said it was reviewing the relationship.

The coalition says workers face ‘vicious retaliation’ if they tell the truth about their employment conditions. Photograph: VCG/Getty Images

Muji confirmed that it continues to use cotton yarn from Xinjiang but denies that its cotton and yarn are connected to forced labour. “Our business partner [assures] us that the people who make our products have good working conditions and are treated with respect, the independent auditors have conducted on-site audit on these cotton spinning mills and have confirmed that there is no evidence of forced labour and discrimination of ethnoreligious minorities at their facilities.

A Uniqlo spokesperson said that no Uniqlo product is manufactured in the region and insists that all production partners in its supply chain uphold their codes of conduct on human and workers rights.

In a statement, PVH Corporation, which owns Calvin Klein and Tommy Hilfiger, said it did not source finished garments from the region and would cease all business relationships with any factories and mills that produce garments or fabric, or use cotton grown, in Xinjiang within the next 12 months.

Adidas said it does not source goods from Xinjiang and have instructed its suppliers not to source yarn from the region.

A C&A spokesperson said it did not source from any manufacturers or work with any fabric or yarn mills in the region.

Yet members of the coalition said that it was not sufficient for brands and retailers to just sever direct relationships to suppliers but that a complete overhaul of the sector’s links to the region had to be undertaken.

“This isn’t just about direct supply chain links, it’s about how the global apparels sector is helping prop up and facilitate the system of human rights abuses and forced labour,” says Crason. “There needs to be a deep and thorough interrogation of how brands and retailers are linked to what is happening at scale to the Uighur people.”

Gap has been contacted for a response.

China’s human rights record in Xinjiang has provoked growing international condemnation. Earlier this month, the US imposed sanctions on Chinese officials in protest at the treatment of the Uighur and other minority groups, including Kazakhs.

Last week the Chinese ambassador to the UK denied his government was committing human rights violations after videos resurfaced online appearing to show shackled and blindfolded Uighur prisoners being loaded on to trains in Xinjiang.

The article first appeared in the Guardian

Two brain-rejuvenating proteins have been identified in young blood