Mogadishu, the capital of Somalia and the country’s most populous city has a long history as an important Indian Ocean port connecting traders. As we saw with my recent review of the first international release of popular Djibouti music, The Dancing Devils Of Djibouti by Groupe RTD on the Ostinato label, ports at the western edge of the Indian Ocean region played a crucial role in developing popular genres of music.

Mogadishu was the richest city on the East African coast in the 14th and 15th centuries and was a key part of the medieval Silk Road maritime trade. And as with Djibouti, trade and travel brought all kinds of music and culture as well. Fast forward to more recent times and the city, and Somalia in general, is often cited as an example of a “failed state” with armed militias and lawlessness featuring in the news. Nonetheless, Somalia and Mogadishu have been actively reconstructing since 2012; things, it seems, are on the mend. 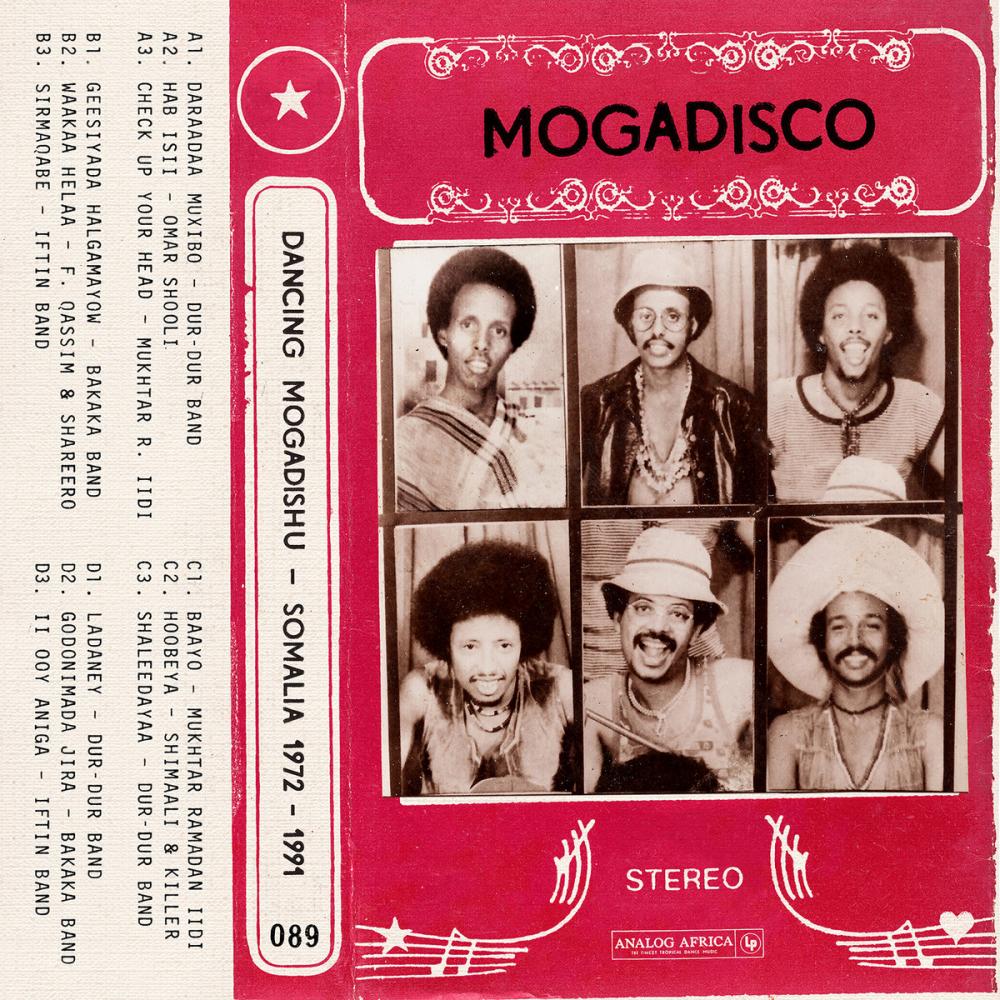 At the end of 2019, Analog Africa released a ground-breaking compilation of music recorded in Mogadishu: Mogadisco – Dancing Mogadishu (Somalia 1972-1991). It is such a good collection of groove-leaden gems that even if I play it every day, each time I find something new. The compilation features the excellent Dur-Dur band, which has featured on previous Analog Africa releases.

Compiler Samy Ben Redjeb went to Mogadishu in late 2016 and he learnt that Analog Africa was the first international label to visit the war-torn city (he had to hire an armed security detail and set about trying to find music and musicians in a place where much of the physical infrastructure had been destroyed). And it quickly becomes clear from the liner notes that this was not a “cool adventure” done for fun but that this was a serious search for the forgotten sounds of a funky city.

Enter Colonel Abshir, a senior officer in the walled compound of Radio Mogadishu and the man responsible for protecting the radio station’s archives. Samy met Abshir and started to go through dusty piles of tapes and cassettes, tape loops and radio ads.

The liner notes provide the social context for the music that developed in the 1970s, African-American music had arrived with “black consciousness” — Afro hairstyles, bell-bottom jeans and platform shoes. James Brown, Marvin Gaye and Stevie Wonder were hugely popular and festivals that featured them and their African counterparts like FESTAC in 1977 in Lagos were important and influential. Afrobeat arrived from Fela Kuti as did Bob Marley and reggae music (the basic rhythmic pulse of which is similar to Dhaanto music in Somalia’s western region). Disco was another hit sound and Michael Jackson’s music videos brought moonwalking to Mogadishu’s streets.

Put all these sounds together, along with centuries of cultural infusions from around the Indian Ocean, and you have the raw material for some seriously groovy music. The standout tracks for me are the Prince-sounding funk of Baayo by Mukhtar Ramadan Idii, and the reggae-like dancer Godonimada Jiar (translates as Chosen Freedom) with its hot brass and relentless beat, while the best of Dur-Dur’s three tracks on the compilation Ladaney is a gorgeous love song with great vocals. But really there is not one dud on this album.

Those who like Ethiopian jazz and funk will find much to like here as will those who have already discovered Eritrean reggae — that dreamy Ethiopian saxophone sound weaves in and out of the music, as does the funk of James Brown and The Meters. There are so many dancefloor fillers on this album.

The liner notes reveal that it took several years to track down surviving musicians and when Redjb and his Somalian colleagues did manage to make a connection the tales they were told are simply amazing — the lead singer electrocuted on stage, the kidnapping of the Dur-Dur Band, the infighting between bands and soul singers and the recordings made on the fly in strange basements.

And the final word has to belong to the man who made sure these fine songs did not disappear into untold history: Colonel Ali, who once wrestled a grenade-wielding assailant to the ground to save his precious archives.

He explained: “I have dedicated my life to this place. I’m doing this so it [the music] can get to the next generation; so that the culture, the heritage and the songs of Somalia don’t disappear.” Highly recommended.