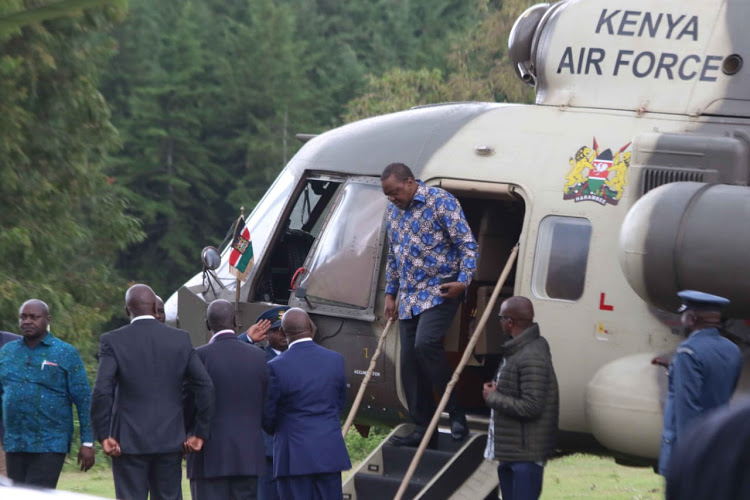 
“I am being pushed everyday as if the elections are in the next two months. I sometimes wonder if my community is keen to bury me while I am still alive,” he said in Gikuyu. Mr Kenyatta noted that through the handshake with Raila, there is relative peace as evident in the harmonious Kibra by-election. This contradicted the image painted by Deputy President William Ruto of a violent by-election. “I never thought I would see a day we have peaceful campaigns in Kibra where people don’t lose property or lives. I saw a few people get stoned but they can speak for themselves. And even though our candidate lost, Kenyans, especially Mt Kenya people won,” he said. He added: “There is a woman I know in Kibra who even campaigned for me when I was still in Kanu. They burned her stuff even in 2007, 2013 and twice in 2017. I called her this time and she told me that the campaign should have extended a bit so that she gets some more money.” Uhuru nevertheless admitted all is not well in the region, drawing parallels to a family situation. “My wife sometimes gets agitated to the point of not speaking to me. I never run away from home but instead seek to solve those problems,” he said.